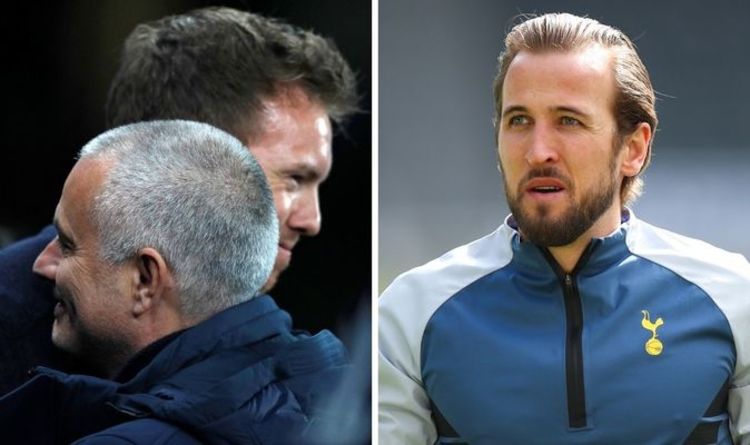 Daniel Levy is facing arguably his biggest summer yet at Tottenham and there could be wholesale changes both on and off the field. Firstly, Spurs’ spending power is likely to hinge on exactly how they finish the season with a top-four spot and the League Cup still up for grabs.

Jose Mourinho is already on thin ice and failure to deliver on both fronts, particularly in the Premier League, could spell the end of his tenure.

That is unlikely to come cheap for Levy, who failed to include a breakaway clause in Mourinho’s bumper Spurs contract following his appointment in November 2019.

Reports in Portugal suggest Tottenham would owe payments of up to £34million to Mourinho and his staff, should they pull the trigger.

Should Spurs wish to shake things up in the dug-out, there could be damaging implications for their transfer budget. 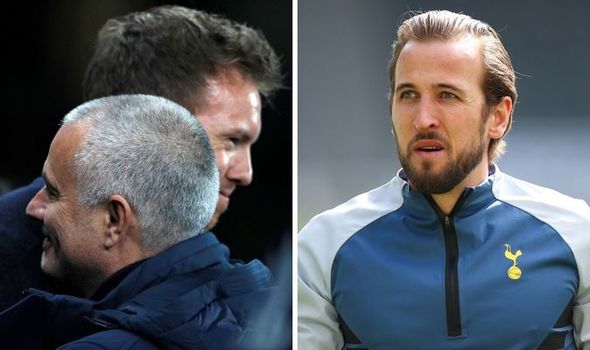 Nonetheless, Tottenham supporters will already be drawing up imaginary plans for the summer transfer window and it’s already clear fresh blood is needed.

In between the sticks, Hugo Lloris will have just one year remaining on his current deal but Spurs are expected to try and keep hold of him despite reports linking them with Lille’s Mike Maignan.

The defence is in need of the most attention, with several members of their current backline unfit for purpose.

At right-back, Max Aarons is amongst Spurs’ long-term targets although he is unlikely to come cheap.

Toby Alderweireld looks destined to leave the club while Davinson Sanchez is facing a decisive summer amid interest from Sevilla.

Fulham loanee Joachim Andersen is amongst the potential options for Tottenham while Fiorentina’s Nikola Milenkovic could be available for cheap, given that he will be in the final year of his contract.

Both could head to White Hart Lane this summer, although potential arrivals are likely to depend on whether Levy can clear the decks and offload deadwood.

At left-back Sergio Reguilon will keep his place as he looks to build on a promising first season, which at times has been affected by injury problems.

At the base of midfield, Tanguy Ndombele and Pierre-Emile Hojbjerg pick themselves having been two of the club’s best-performers this season.

The forward line could also look very different come next season, with two RB Leipzig players reportedly on Spurs’ radar. That of course could be of significance if Julian Nagelsmann is appointed as Mourinho’s successor.

Marcel Sabitzer will also be in the final 12 months of his contract meaning he is set to leave Leipzig, while Christopher Nkunku is also of interest according to reports in France.

Sabitzer usually plays on the right of a midfield trio but can also play out wide, while Nkunku thrives in the hole behind the striker. 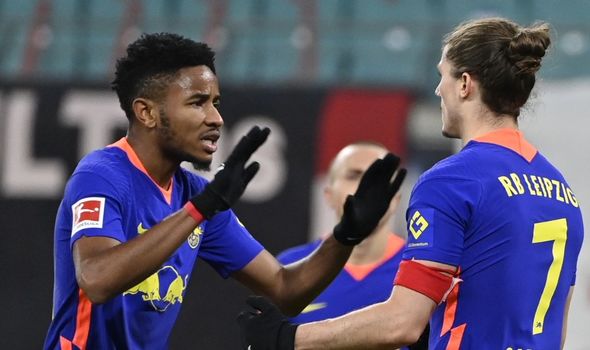 On the other flank, Son Heung-min picks himself while Harry Kane leads the line, permitting he does not seal a summer transfer.

The striker turns 28 this summer but his long-term contract is likely to price him out of a move away.

Nonetheless, he remains focal to Tottenham’s plans moving forward but if their budget is restricted, selling him may fall under consideration with Levy.