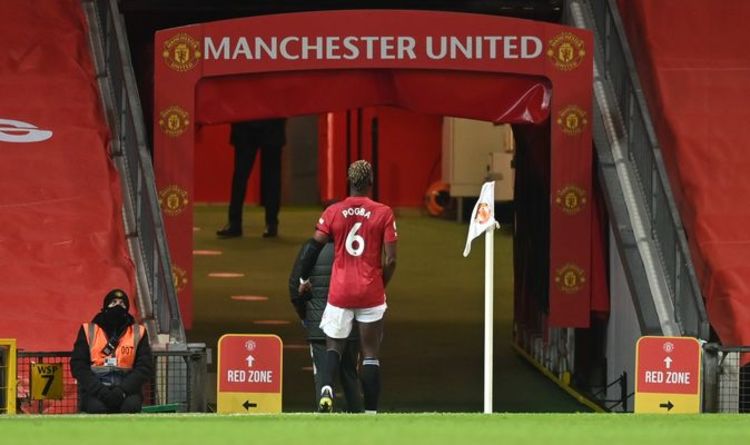 After a number of fine performances for Manchester United in recent weeks, Paul Pogba’s injury sustained against Everton on Saturday evening has presented a dilemma for Ole Gunnar Solskjaer. Pogba was named United Player of the Month for January and made his impact felt courtesy of winning goals against Burnley and Fulham.

The Frenchman’s form had continued into the month of February, but he now faces a spell out of side with an unknown return date.

This setback forces Solskjaer to rethink his approach, both in terms of personnel and system.

The simple option for the United boss would be to carry on with the 4-2-3-1 formation deployed in recent weeks and bring in Fred as a replacement- but could it be time for a different approach?

Summer signing Donny van de Beek has been limited to just a handful of appearances in his debut season at the club and is waiting in the wings to deliver an impact.

JUST IN: Man Utd on red alert as Borussia Dortmund ‘put Jadon Sancho up for sale’ 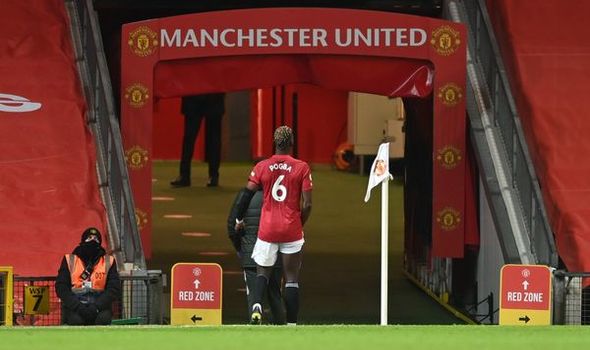 The Dutchman has only started one league match for the Red Devils this campaign, completing the full 90 minutes in a 3-2 comeback victory at Southampton.

Upon signing for the club from Ajax in September, Van de Beek was expected to become a first-team regular and demonstrate just why United spent £35million to secure his services.

“Donny has all of the technical attributes needed to perform in this team and has the personality required to succeed at Manchester United,” were the words of Solskjaer when a deal was announced. The 23-year-old is still waiting for the chance to meet those expectations five months down the line.

With United still involved in both the Europa League and FA Cup, squad rotation could well have provided Van de Beek with opportunities to shine in the coming weeks- but there is now potential to create a selection headache for the United boss ahead of schedule. 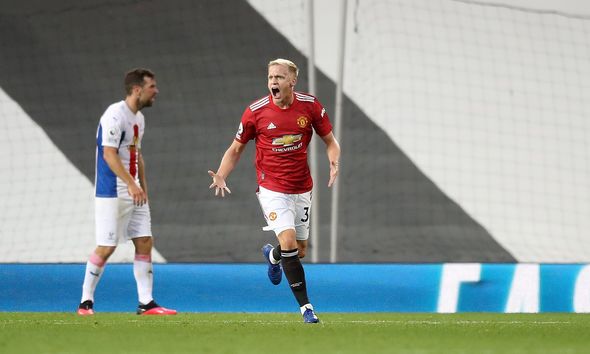 The effect of a healthy competition for places has already been witnessed in the defensive unit, with Eric Bailly pushing Victor Lindelof and Luke Shaw rising to the threat posed by summer recruit Alex Telles.

Losing Pogba could now be treated as a challenge to Van be Beek to prove Solskjaer wrong, leaving the injured French midfielder with a battle on his hands to break back into the team.

If the Red Devils are serious about becoming title winners, squad depth will hold the key to their success.

In such a congested season, Solskjaer cannot afford to rely on the same players each week. A run of games could be all Van be Beek requires to kick-start his United career.