How has the gulf between United and Juventus got so big? Why isn’t Mo Salah celebrating? – TACKLE KEOWN

Sportsmail columnist Martin Keown answers your questions as we look ahead to the weekend’s Premier League action.

On the agenda this week are Manchester United’s Champions League home defeat by Juventus and Mo Salah’s double for Liverpool.

Follow all of Martin’s answers to your questions below. We kick off at 12.30pm.

No. If Tottenham had everyone fit and firing, I would be saying this is a game that could win.

Manchester City are top of the league but I don’t think it has quite clicked for them in the same way it did last season. This could be the match when everything comes together.

Spurs will be hurting from the draw against PSV. Hugo Lloris’ confidence may have been knocked by the poor decision-making that led to his red card in Holland.

Pep Guardiola will be sleeping more easily knowing that Kevin De Bruyne is back fit. He is the artist in the City midfield with David Silva.

If things are not going well, De Bruyne is the man who can conjure that moment of inspiration. 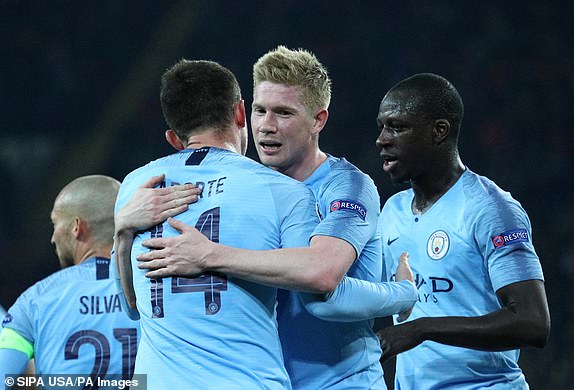 Tottenham have had their best start to a Premier League season but the Champions League is seeming like a step too far.

Part of it is down to experience. We saw it with Manchester City in their first seasons in the competition and we found it at Arsenal, too.

I have always said that this is the competition of late goals and if you switch off for even a split second you will get stung. You have to learn the hard way.

Tottenham suffered more than any other Premier League team from their players being involved in the latter stages of the World Cup.

Too many of their players were not able to get a full pre-season under their belt. Unless you get a minimum three weeks of hard graft under your belts before a season, you simply do not have the stamina and the energy in your legs when the campaign gets underway.

It becomes both mentally and physically draining when you are trying to compete on all those fronts and then players start to get injured.

When those injuries occur, Mauricio Pochettino is not able to call upon the same calibre of squad player as Jurgen Klopp at Liverpool. Tottenham did not strengthen in the summer and when core players are unavailable, their performances suffer. 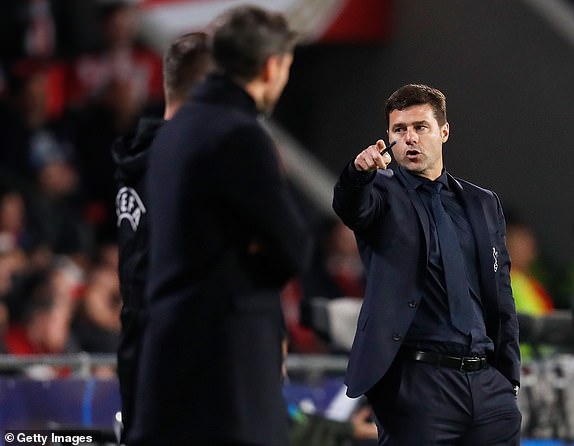 Shaqiri looks an inspired signing. In a struggling team like Stoke, he looked anonymous.

Now he has options and runners — and is able to use his vision to pick them out.

He gives Jurgen Klopp the option to rest the likes of James Milner and Jordan Henderson. He ran the show for Switzerland against England in September and is proving why he should be in the Liverpool team.

Fabinho also played well against Red Star, putting in some excellent tackles. He showed his authority in the Liverpool midfield.

These two are creating real competition for the three midfield places at Anfield. Klopp now has plenty of options and when the squad players do well, it is beneficial for the whole group. 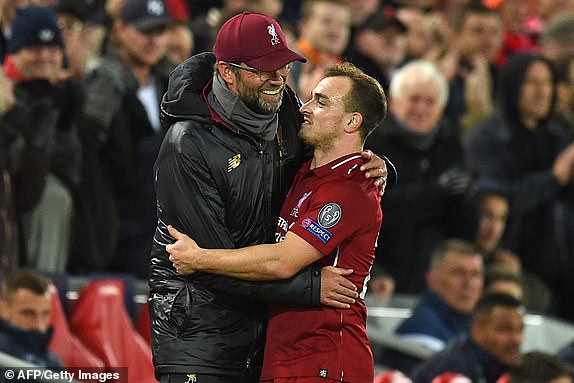 Salah looks like he is trying to remain humble when he scores. The way he celebrates suggests he realises how lucky he is to be doing what he is doing.

While he seems to be returning to his best, there were a couple of moments against Red Star when he fluffed his lines when through on goal.

There was one chance when he demonstrated his sublime touch only to miss and another when he did not see the linesman’s offside flag but should have scored from that position.

We are not seeing the same certainty in front of goal but that is the most frightening thing.

Liverpool are still getting excellent results and Salah has not yet reached his purple patch. 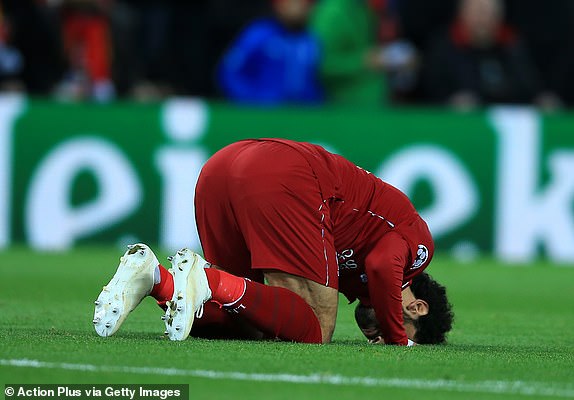 I sense a panic in Slavisa Jokanovic. He keeps chopping and changing his formations and personnel.

With a three, Cyrus Christie plays too high and leaves them exposed on the right.

I also want to see more of Ryan Sessegnon higher up the team. He is more effective as winger who can hurt teams on the break rather than a full back.

While they are struggling, I do believe they have the personnel to turn things around. 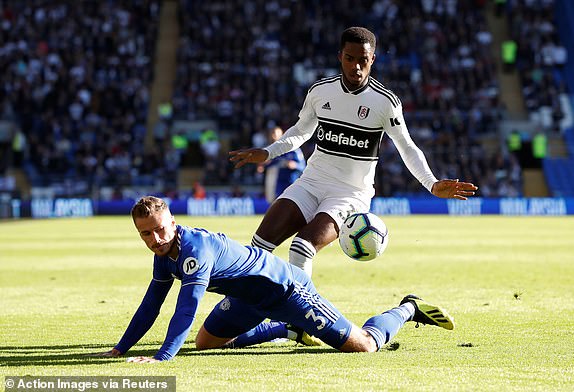 The alarm bells must be ringing at St James’ Park and Rafa Benitez’ job will be on the line if results do not improve.

Brighton at home last week was the sort of game that they should be winning.

Newcastle are floating through games trying to get a draw. By playing this way, it is as if Benitez is admitting that he does not have the players to be expansive.

This club is a sleeping giant but under Mike Ashley they have not had the injection of cash they needed to be successful.

Southampton this weekend becomes crucial. If they cannot win this game against a rival at the foot of the table then where do they go from here?

Suffer another relegation to the Championship and the danger is they become another Aston Villa. 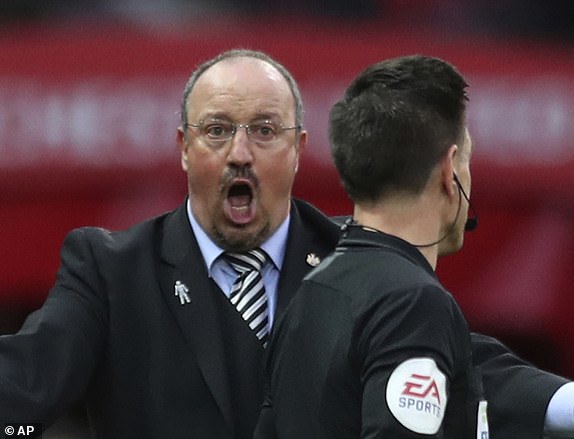 Their attacking football bears all the hallmarks of Arsene Wenger. What Unai Emery is doing is getting the team to dig deeper in a way Wenger was not able to at the end of his tenure.

There has been a pattern emerging in Arsenal’s recent games. They fell behind at Leicester having conceded an equaliser to Fulham before the international break.

It’s as if they need a shock to jolt them into gear.

Now, I want to see even more from their two strikers. Pierre-Emerick Aubameyang is in brilliant form but Alexandre Lacazette needs to have two good games in a row.

He was laser-sharp at Fulham but could not hit the back of the net against Leicester. 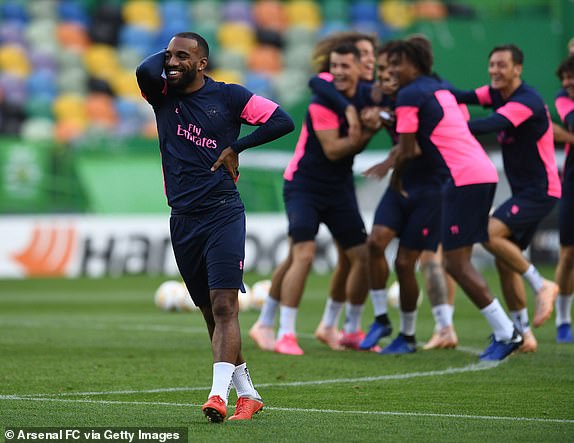 Zaha seems hell-bent on proving to referees that he is being fouled. I would rather see him hell-bent on putting in performances to win matches for Crystal Palace.

We know he is being fouled but he must not let that get in the way of his brilliant talent. For all the time he is remonstrating, he is not creating or helping his team to victory.

When Zaha does not perform, Palace suffer as a result. It’s vital that he gets firing quickly. 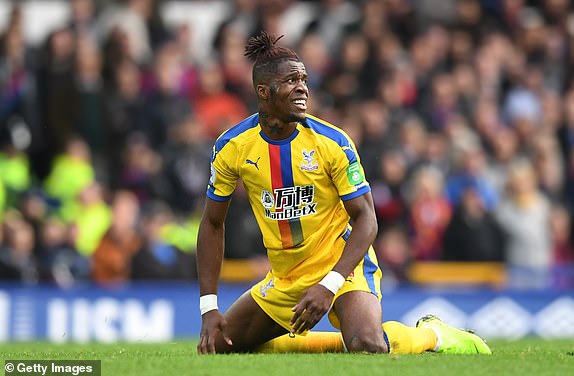 The problem for United against Juventus was not the players but the way Jose Mourinho set them up to play.

Tactically, Mourinho seems to be behind the curve. There is no clear vision for how his team should play.

I could not believe how tactically under-prepared United were against Juventus. They did not press as a group.

Both teams played with a midfield three but with Mata pressing Pjanic high up the pitch, Matuidi and Bentancur were able to pull Pogba and Matic into wide positions.

It meant there was no protection in front of United’s back four and there was plenty of space for Dybala and Ronaldo to exploit.

Anthony Martial and Luke Shaw did not know who to pick up when Juve’s right back bombed forwards and Juan Cuadrado cut inside from the wings.

Juventus had plenty of options whenever they were in possession. When United had the ball, they did not seem to have the same options.

There is no rhythm to their play and that only comes with work on the training ground.

I still believe Mourinho is the man to lead this football club but he needs to bring in a coach who can identify a new identity for the team.

He should be trying to get Steve Holland to become part of his team at Old Trafford.

Look at what he has offered Gareth Southgate as part of his England set-up.

He was an assistant to Antonio Conte at Chelsea when the Italian brought in the back three system that inspired them win the Premier League in 2017.

Holland drew upon those experiences to help England play that way as they reached the World Cup semi-finals in Russia.

He and Southgate have proved they can be flexible, too. They reverted to a 4-3-3 for the recent games against Spain and Croatia with excellent results.

Holland was also a key member of Mourinho’s backroom team during his second spell at Stamford Bridge. He would still be able to work with England, too.

United have spent so much money on players. Now it’s time to invest in a coach who can inject some new ideas into this team. 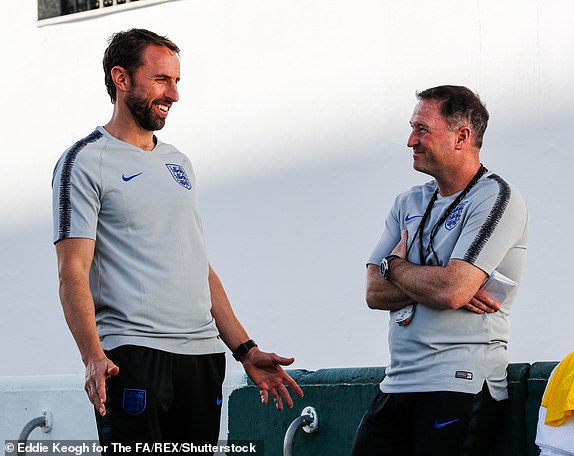