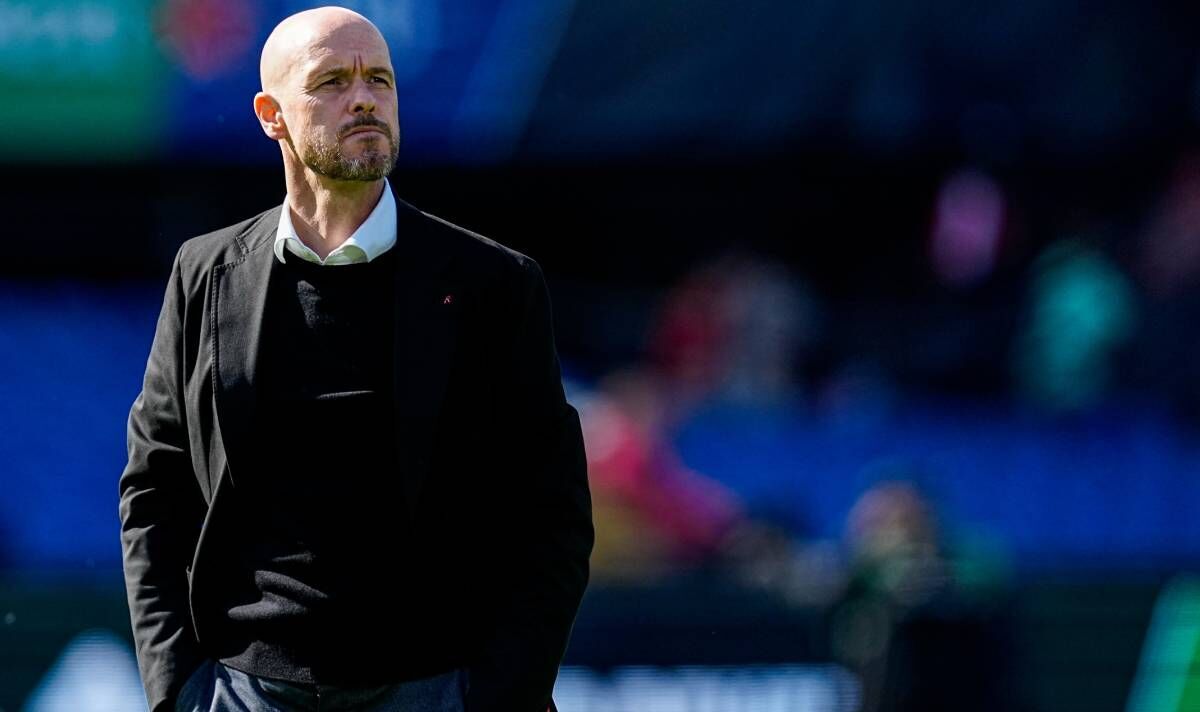 Manchester United could have a very different set-up going into next season with Erik ten Hag at the helm. One constant, though, will be the prowess of Cristiano Ronaldo up top.

Even without Champions League football at United next year, it appears that Ronaldo is here to stay. That will be a major boost for Ten Hag, who knows that a source of goals is paramount to any type of assault on the top four next season.

The Dutchman is set to join as manager at the end of the season to replace the interim Ralf Rangnick and will have plenty of ideas going into the transfer window. There are several areas of the squad that need immediate attention.

One of them remains up front where Edinson Cavani’s impending departure will leave Ronaldo as the only striker. And while there has been speculation over the Portuguese star’s own future, he has dampened talk of an exit by insisting he is looking forward to playing under Ten Hag.

He told United’s Spanish website: “I know that he has done a fantastic job at Ajax and that he is an experienced coach, but we have to give him time. Things must change the way he wants. If he does well, all of Manchester United will be successful, so I wish him well. We are all happy and excited [about his arrival], not only as players but as fans as well. We have to believe that next year we can win titles.”

So with the striker position seemingly wrapped up, it would be wise to look at the other positions – namely in midfield – which will need bolstering. Frenkie de Jong has been heavily linked with the Barcelona star knowing Ten Hag well.

Rangnick has told United chiefs that they need to sign midfielders with more energy in and RB Leipzig star Amadou Haidara was one of the first names he pinpointed to his Old Trafford bosses back in January. A raid could still go ahead with the German coach working behind the scenes.

In defence, it has been a season to forget for many while Harry Maguire might find himself on the outside as Aaron Wan-Bissaka looks likely to leave in the summer. It means that a right-back and a centre-back will have to be brought in.

Villarreal’s Pau Torres appears to be the top target while his left-footed ability makes it easier for United to play out from the back while another raid on RB Leipzig could also go ahead. Nordi Mukiele is a forward-thinking, swashbuckling right-back that would add pace and width in attack while also potentially costing just £8.5million.

One of the most pressing issues for Ten Hag, though, will be what to do with Marcus Rashford. The forward has been looking at potentially leaving this summer if he cannot get the first-team football that he needs but it is possible that the Ajax coach could unlock the Englishman’s potential next season and partner him with Ronaldo up front.