Chelsea are reportedly looking at ditching their plans to sign Declan Rice, and will instead wait to sign Borussia Dortmind wonderkid Jude Bellingham. The 17-year-old is widely regarded as one of the most exciting talents in European football after a stunning start to his first season in Germany.

Frank Lampard was heavily backed in the summer window, with Chelsea spending more than £200million.

However, one player that they failed to bring in was West Ham star Declan Rice.

Chelsea were linked with the England international, but failed to agree a deal after being quoted £73m by their London rivals.

They have been tipped to go back in for the 21-year-old this January – or next summer – but could now look elsewhere. 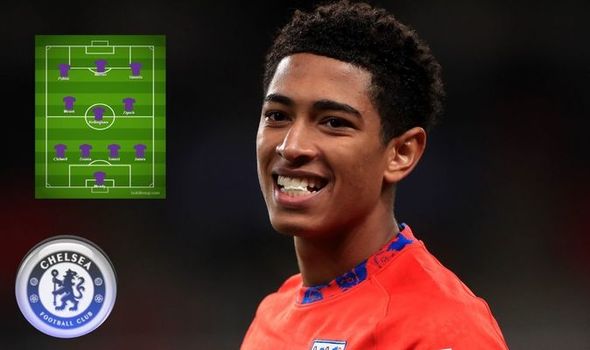 Eurosport claims that Chelsea officials like the idea of waiting until Bellingham establishes himself more as a world-class player before making a move.

The former Birmingham City midfielder has impressed in the early months of his Dortmund career, already earning his maiden call-up to the England senior set-up.

Chelsea apparently like the fact he can play anywhere through the middle of midfield, and are contemplating a move in 2022.

If Lampard could land Bellingham, he could be a midfield lynchpin for years to come. Express Sport looks at how he could slot into the Chelsea line-up ahead of the 2022/23 Premier League season.

Both Edouard Mendy and Kepa Arrizabalaga have contracts until the summer of 2025, but it’s definitely the former that looks the favourite to be the long-term solution in between the sticks.

Kepa was linked with a potential move in the summer and should Mendy continue his fine start to life at Stamford Bridge, his opportunities will remain limited.

On either flank, Chelsea look sorted for the forseeable, with Reece James and Ben Chilwell holding the potential to be the best tandem for years to come.

The centre of the defence is more difficult to predict, Thiago Silva has been excellent since his signing, but with his advancing years and just a one-year contract, it’s difficult to imagine him still being part of the line-up.

Kurt Zouma has impressed since being made a regular and along with Fiakoyo Tomori, could provide Lampard a partnership for a long time. 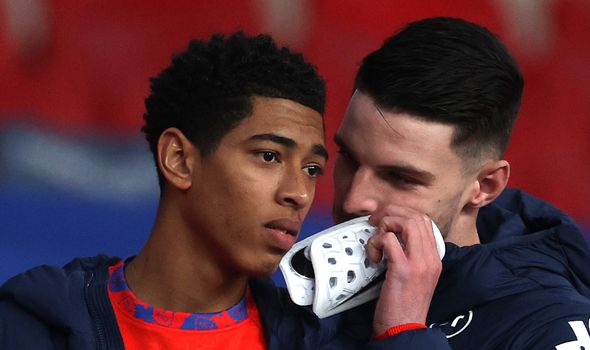 N’Golo Kante has a contract at Stamford Bridge until 2022 and would allow a smooth transition for Bellingham to move into the heart of Chelsea’s midfield.

Mason Mount is a favourite under Lampard and according to Lionel Messi, one of the brightest talents in football. Despite fan criticism, he looks set for a long Stamford Bridge career.

With those two, Ziyech could provide attacking impetus and offer them one of the most exciting midfield trios in European football.

No surprises here. Chelsea have some of the best, young attacking talents and Timo Werner, Kai Havertz and Christian Pulisic look set to devastate defences for years to come.