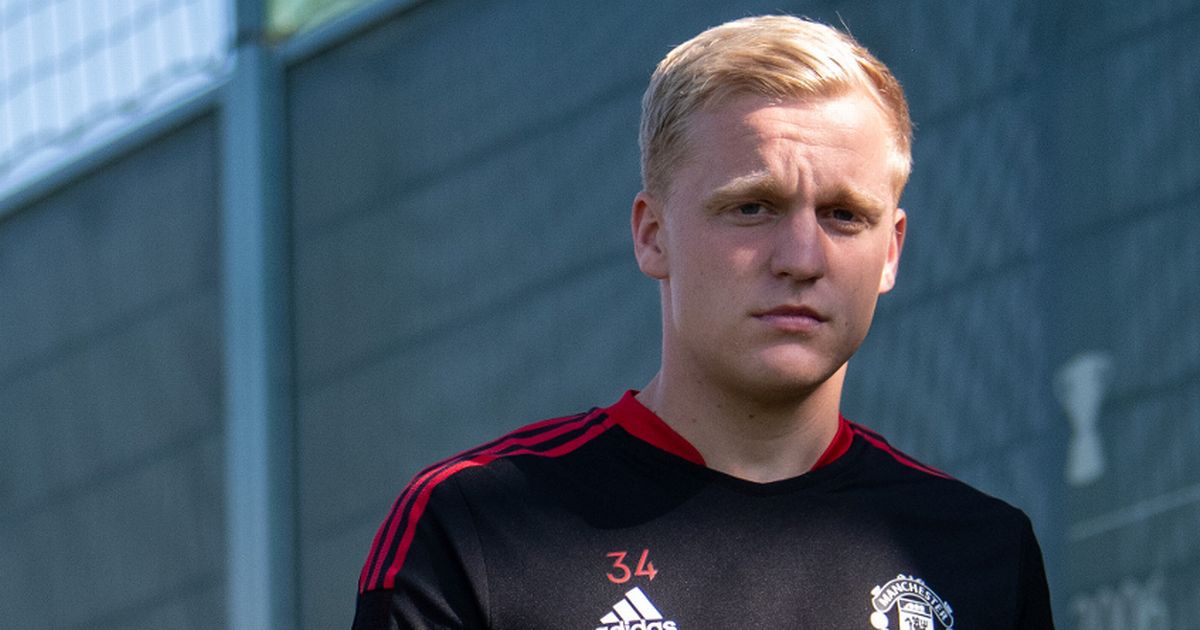 The Dutch midfielder was linked with a deadline day move to Everton last week after making just four Premier League starts in his first campaign at Old Trafford.

But the Red Devils refused to sell – and the 24-year-old could be set for an unexpected start on Saturday due to Fred's ban.

Van de Beek is the latest in a long line of Dutch players to worn the famous red shirt – from club legends like Ruud van Nistelrooy to players who failed to live up to expectations, like Memphis Depay.

Here, Daily Star Sport looks at how they all fared.

He is one of the few players to have won all three major European cup competitions of the time, also lifting the European Cup and Cup Winners' Cup with Ajax.

Who is Man Utd's greatest ever Dutch player? Have your say in the comments below

Muhren had his best years behind him by the time he arrived at Old Trafford in 1982, but generated a buzz as foreign signings were still rare at the time.

The midfielder scored in the final as United won the FA Cup under Ron Atkinson in 1983, and made 98 appearances for the club, scoring 18 goals.

There were high expectations when the son of Dutch legend Johan Cruyff joined United from Barcelona.

He wasn’t in the same class as his father – few are – but he was a decent back-up option.

Jordi played 11 times during the historic Treble-winning season, but was always going to have a job on his hands displacing any of Sir Alex Ferguson's world-class midfielders.

Cruyff was part of trophy-winning teams but suffered with injuries and didn't make the impact he might have hoped at United, before spells at Celta Vigo, Alaves, Espanyol, Metalurh Donetsk and Valletta.

Peter Schmeichel's understudy throughout the late 90s, Van der Gouw is something of an unsung hero.

He only played 12 league games in his first three seasons, but was more involved following Schmeichel’s departure, earning a Premier League winner’s medal in 1999/00.

Van der Gouw was a reliable back-up, and went on to make 61 appearances during his six years with the club.

The goalkeeper was respected by legendary boss Ferguson and use experience was a plus in the dressing room.

Stam was regarded as one of the world's best centre-backs during his time with United – which began with the Treble-winning season.

Combining pace and power with ability on the ball, the Dutch defender was a key player from the off, making 51 appearances during that first season and missing just one game on the way to United's Champions League triumph.

Stam helped provide the foundation for three successive Premier League titles before being sold to Lazio in 2001 – which Ferguson has admitted was one of his biggest mistakes as a manager.

One of the deadliest strikers of the Premier League era, Van Nistelrooy is still fondly remembered by United fans.

He scored 150 goals in 219 games for the Red Devils after joining from PSV Eindhoven – an impressive average of 0.68 per game.

His silverware haul is perhaps surprisingly small for a player of his quality, but he won each of England's major trophies during his five years.

The keeper had huge shoes to fill when he arrived at Old Trafford, as Ferguson was still searching for Schmeichel's successor six years after the Great Dane's departure.

But he proved one of the best buys of Ferguson’s career following his switch from Fulham for just £1.5m.

That transfer fee now looks a staggering bargain, as Van Der Sar proved a hugely reassuring presence in between the sticks for four Premier League titles, the 2008 Champions League triumph and the Club World Cup win the following year.

Another player who can claim to be one of United's best buys from the Netherlands, Van Persie couldn't have made much more of an impact.

After being pipped by Man City to the 2011/12 title, Ferguson swooped to land Van Persie, who had scored 30 goals for Arsenal that season.

The Dutch striker signed for just £22.5m – and netted 26 times, providing some breathtaking moments as United reclaimed the crown in what was to prove Ferguson's final campaign.

Van Persie struggled with injuries over the next two campaigns, but departed United in 2015 with an excellent average of 0.55 goals per game over a three-year spell.

Buttner scored on his debut after signing from Vitesse Arnhem – but was unable to establish himself as Patrice Evra's successor.

He did score two Premier League goals and earned a title-winners' medal in his first campaign, but that was as good as it got.

Buttner made just nine league starts over two seasons before leave for Dynamo Moscow in 2014, and currently plays for Waalwijk in his homeland.

Blind was one of Louis van Gaal's first signings, having been part of the United manager's Holland squad that reached the 2014 World Cup semi-finals.

He was the type of player Ferguson would have loved to have in his squad, showing his versatility as he was deployed at centre-back, left-back and in midfield during his time at Old Trafford.

The reliable Blind won the FA Cup under Van Gaal, before helping United to a Europa League and League Cup double under his successor Jose Mourinho.

Blind returned to former club Ajax in 2018, and was part of the team that reached Champions League semi-finals, as well as adding two Eredivisie titles to the four he won in his previous spell.

Much was expected of Mempis, who came with a reputation as a goalscoring wideman having fired 28 goals for PSV the previous season.

He inherited Ronaldo's iconic number seven shirt following his £25m move, but didn't live up to the hype after failing to settle.

Memphis scored just seven goals in 53 games before being sold to Lyon – and there he prospered, firing 76 in 178 appearances for the French side.

That form earned hm a move to Barcelona this summer, and so far he has scored two goals in his three games for the La Liga giants.

The versatile defender signed from Ajax in 2014 and was promoted to the first team by Van Gaal two years later, having been highly rated in the youth set-up.

After loan spells at Crystal Palace and Fulham, he returned to Old Trafford to make only a few sporadic appearances, and was sold to Leverkusen in January for just £1.5m.

Chong is on loan at Birmingham City for the 2021/22 season, having been highly rated since joining United's youth set-up in 2016.

The 21-year-old winger has made 16 appearances so far for the Red Devils, having also spent time on loan at Werder Bremen and Club Brugge.

Since moving to St Andrews he has been gaining valuable first-team experience in the Championship, playing four games so far and chipping in with two assists in a 5-0 win over Luton.

But it remains to be seen whether he can carve out a future at Old Trafford with the attacking talent Ole Gunnar Solskjaer now has at his disposal.