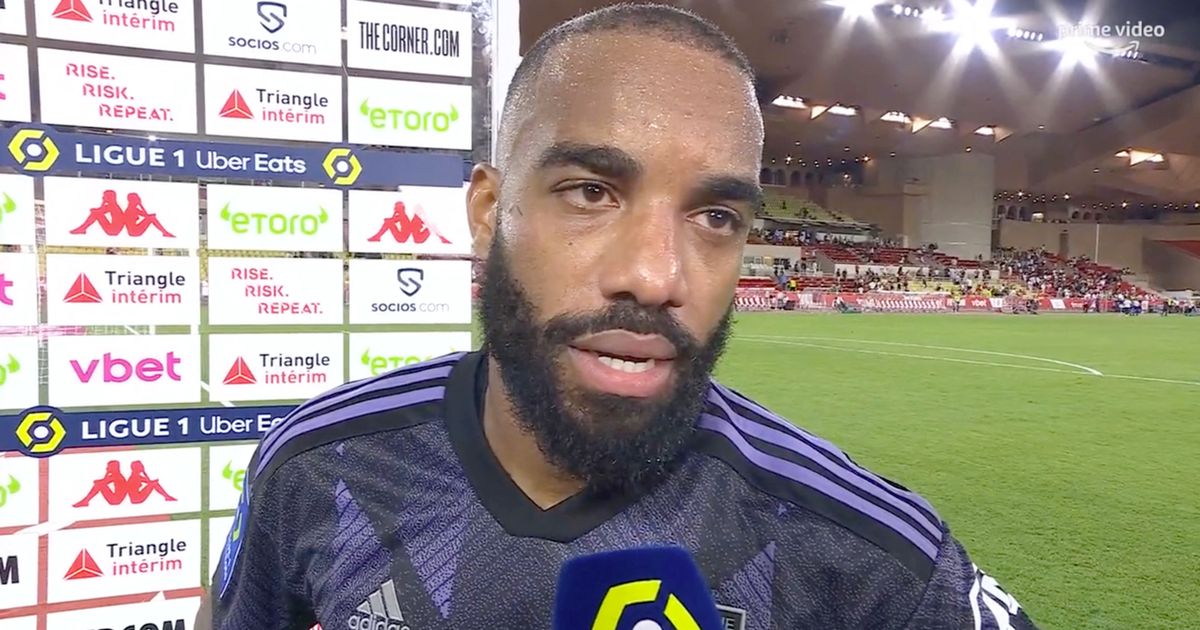 Lacazette shocked fans when speaking to the media after his Lyon side lost 2-1 to Monaco in Ligue 1 on Sunday (September 11). He'd almost completely lost his voice as he struggled his way through his answers.

It's now emerged the Frenchman has had issues with his speech since the start of the summer. According to L'Equipe, he will have a polyp removed at the beginning of next week.

READ MORE: Woman 'gifts Barcelona's Gavi her phone number' at autograph session – and he takes it

The tissue growth is said to have been causing Lacazette severe pain, but he's been waiting until the international break to have the surgery done so he doesn't miss any games.

He won't be able to speak for several days afterwards in order to let his vocal chords recover, which is less than ideal for a captain who is constantly barking orders to their team-mates.

Since re-joining his former club after his Gunners contract expired at the end of last season, the 31-year-old has scored four goals in seven games, already equally his Premier League tally from last season.

Lyon are hoping his return will propel them to European football next year after finishing a disappointing 8th last term. They find themselves in fifth after two defeats on the bounce.

It could well become three with league leaders PSG up next before the break, at which point Lacazette will go under the knife as he's no longer a part of the French national team set-up.

Lyon need to finish in the top three to qualify for Champions League football, with the fourth and fifth spots reserved for the Europa League and Europa Conference League respectively.