The Premier League’s bottom two teams meet on Monday night as Huddersfield take on Fulham at the John Smith’s Stadium.

David Wagner’s side are desperate for their first win of the season after suffering seven defeats in their opening 10 games.

Fulham, meanwhile, are also struggling and will be hoping they can tighten up their defence sooner rather than later after already shipping 28 goals in their first 10 fixtures.

Follow all the action with Sportsmail’s MAX WINTERS here with kick-off at 8pm GMT. Click HERE to view this on our mobile app.

Le Marchand takes an awful touch when trying to clear a cross and it spills straight into the path of Pritchard.

He tries to shift it to his right foot for a shot but the defender recovers to clear. Lucky boy.

Mooy works the ball onto his right foot down the left and delivers an excellent in-swinging cross.

Mounie wrestles himself a yard away from Le Marchand but the French defender recovers to put him off and he heads over the bar.

A good chance for the hosts goes begging.

First time in the game that Fulham have really had a controlled, sustained piece of possession. They work it nicely on the edge of the box but Cairney opts to turn back to a defender and it slows all momentum they had.

Great pressure from Hogg sees him win the ball in midfield. He shifts it off to his midfield colleague who unleashes a fierce drive that smacks the cross bar and goes for a goal kick.

Vietto then has a chance to play in Mitrovic down the other end but it’s an awful pass and the defender can clear. 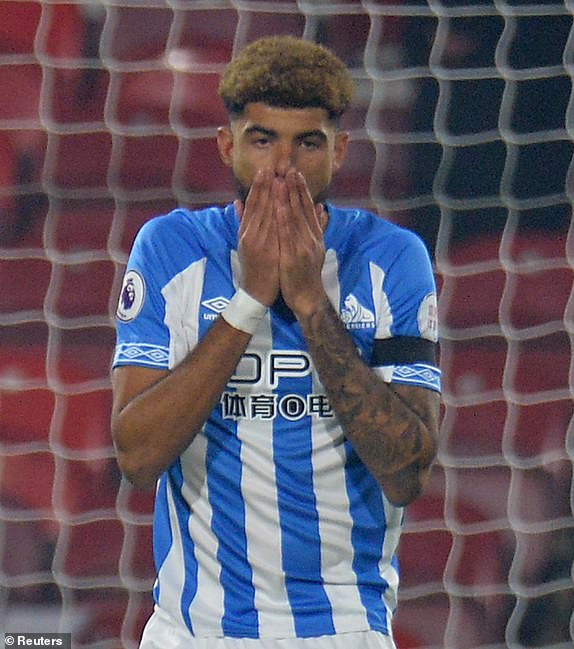 Huddersfield have had much more impetus on the game than Fulham so far and Pritchard is brought down for a free-kick in a dangerous position.

Lowe delivers one to the back post where Billing is charging in but he can’t make any contact and Fulham have a goal kick.

Huddersfield fans aren’t overly pleased with the performance of the linesman so far. Billing tries to get the ball out of his feet for a shot from the edge of the box but is flagged offside before a pass backwards to a defender is greeted with jeers from the home supporters.

Pritchard gets clear down the right and glides a lovely hanging ball towards Mounie at the back post. The forward brings it down and lays it off but the return back across goal is cleared by Fulham.

Kongolo plays the ball back to Lossl in goal but the Dutchman leaves it short and forces his team-mate into an awkward position.

The goalkeeper takes a touch under pressure from the striker and passes to his right just to get rid of the ball and fortunately for him gets away with it.

Neither side has managed to gain a foothold in possession in the early stages with a few late tackles being penalised by referee Anthony Taylor.

Florent Hadergjonaj takes the kick off and we are underway in a huge game for both teams.

Both teams have gathered around the centre circle as they prepare to hold a minute’s silence to mourn the deaths of those involved in the tragic helicopter crash at Leicester on October 27. 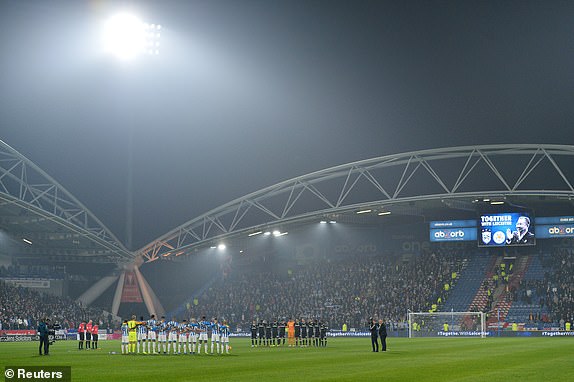 Cracking atmosphere as always at the John Smith’s Stadium as the two teams make their way out to the pitch.

Both sets of players are out on the pitch to warm up and they’re paying a special tribute to Leicester following the tragic death of chairman Vichai Srivaddhanaprabha and four others.

The teams are wearing special t-shirts with the slogan ‘#TogetherWithLeicester’ on. 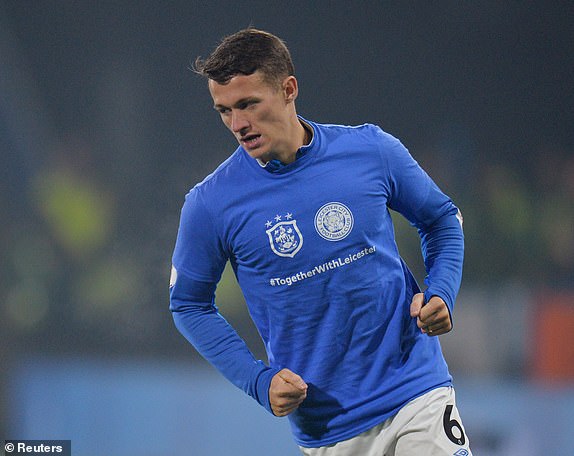 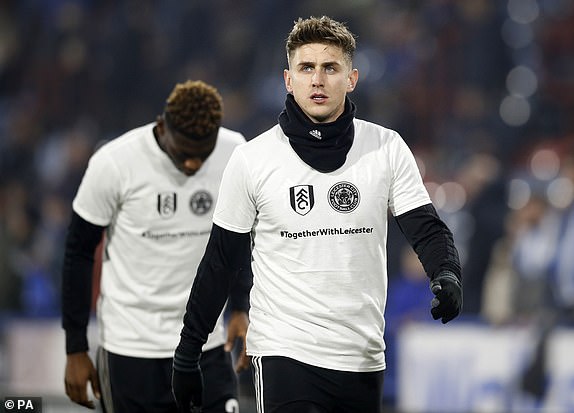 Slavisa Jokanovic has warned Fulham fans that ‘miracles don’t exist’ as the club look to pull away from the wrong end of the Premier League table.

Optimism was high at Craven Cottage in the summer after promotion to the top flight was followed by 12 new signings costing in excess of £100million.

But the Cottagers have struggled to make the step up and travel to winless Huddersfield for a battle of the bottom two on Monday evening. 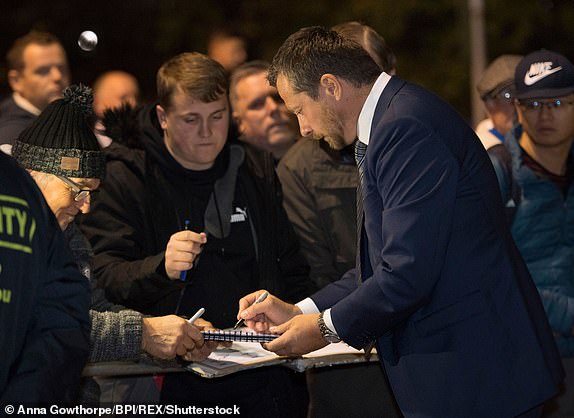 ?️ @Andrew10dog: "The fans will be awesome for us tonight; I know they'll be at it and they'll be the 12th man.

"We know it's a big game and this is what we want!"#HUDFUL #htafc (AT) pic.twitter.com/x4BDayKK4g

DAVID KENT: Manager David Wagner insists Huddersfield must stick together and not panic as they go in search of their first win of the season against Fulham.

Wagner’s side are rooted to the foot of the table having failed to win any of their opening 10 matches this term.

Huddersfield chairman Dean Doyle, however, has insisted his manager will not face the axe, even if the club are relegated. 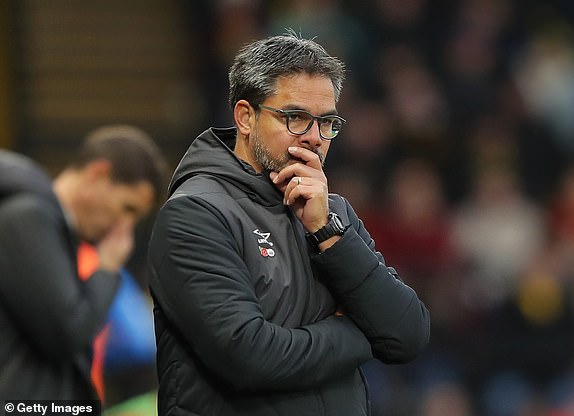 Tom Cairney is back for Fulham and hopefully he can produce a timely boost. The skipper returns to the starting line-up after recovering from an ankle injury sustained way back in August. 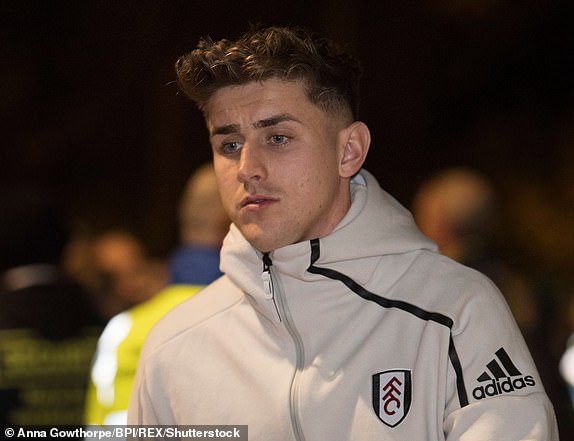 ? Just the 1⃣ change to the #FFC team this evening, as Maxime Le Marchand takes his place in defence ??#HUDFUL #COYW pic.twitter.com/9nfpuflqBe

? We have arrived at the John Smith’s Stadium! #HUDFUL #COYW pic.twitter.com/uzgDF0rTGR

Hello and welcome to Sportsmail’s live coverage of the Premier League clash between Huddersfield and Fulham.

The Premier League’s bottom meet at the John Smith’s Stadium with David Wagner’s side adesperate for their first win of the season in front of their own fans.

Fulham, meanwhile, are also struggling and will be hoping they can tighten up their defence sooner rather than later after already shipping 28 goals in their first 10 fixtures.