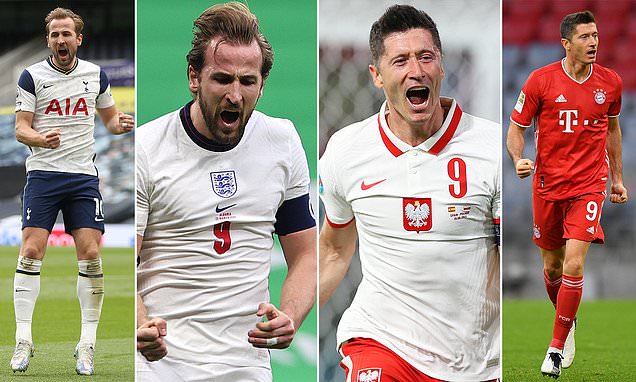 As Harry Kane and Robert Lewandowski face off in battle of the No 9s when England play Poland, CHRIS SUTTON compares two of the world’s best strikers in EVERY aspect of their games. So, who comes out on top?

Harry Kane and Robert Lewandowski face off in Warsaw when England take on Poland in their next World Cup qualifying clash.

One is a three-time Premier League Golden Boot winner at 28, the other is still terrorising the Bundesliga at 33. 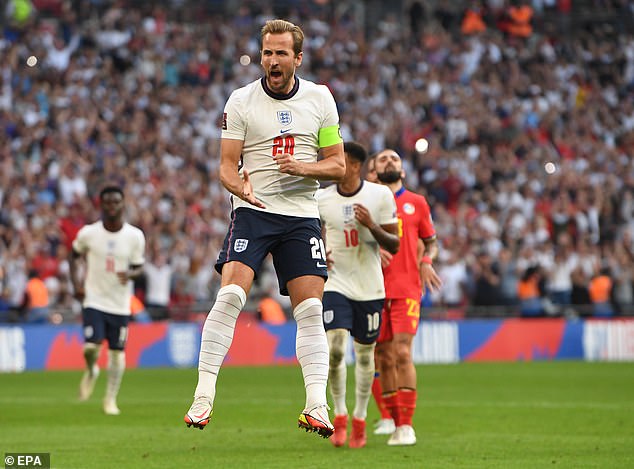 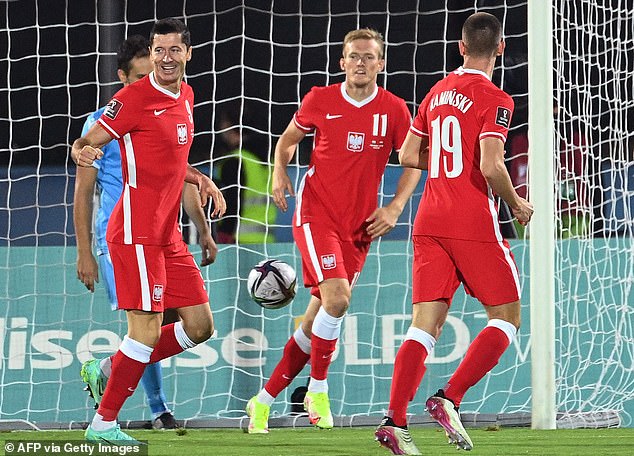 Lewandowski is, alongside Kane, one of the best strikers in the world and will pose a danger

Who would you want in front of goal if there was a trophy on the line? I’d go with Lewandowski. He is Bayern Munich’s executioner. He’s played six games for club and country this season and scored in all six.

Last season his shot conversion rate was a ridiculous 29.9 per cent, while Kane’s was just 16.8 per cent. Kane has a special way of smacking the ball from outside the box that troubles keepers, but Lewandowski is the greatest finisher in the world. 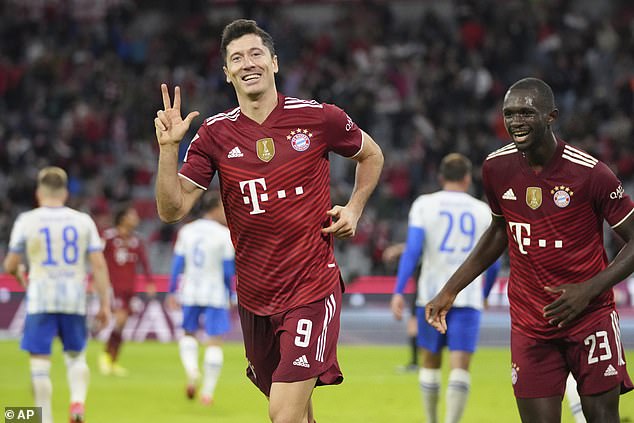 With his talent for dropping into deeper positions to be involved in the build-up for goals, Kane is the more creative of the two. He provided 14 assists last season, the most of any Premier League player, including four in one afternoon against Southampton.

Strikers know the further you are from goal, the less likely you are to score. But Kane is willing to make that sacrifice. He has a skill set which includes an eye for a killer pass.

Lewandowski is not as involved in link-up play as Kane because he prefers finishing chances to creating them. He has five Bundesliga goals this season but no assists. Bayern like having their striker high and central – and with a right foot as lethal as Lewandowski’s, can you blame them? 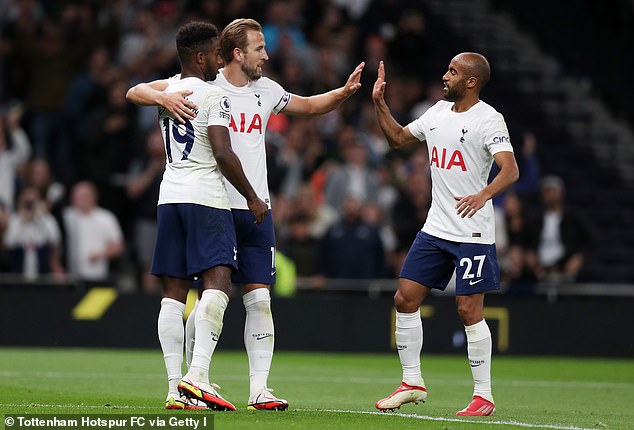 Lewandowski could find space in a telephone box, with 38 of his 41 league goals last season coming from inside the box. He is exceptional at escaping his marker and England’s centre backs should beware.

Take Lewandowski’s equaliser in Poland’s 3-3 draw in Hungary in March. On 81min 50sec, Poland had the ball on the right wing and he was surrounded. Four seconds later, while everyone else had burst forward for the cross, he peeled back, earning himself space to control the ball, shoot and score.

Only Bruno Fernandes and James Maddison took more shots from outside the box than Kane last season and that’s because of the deeper positions he takes up. He’ll find room to shoot from wherever, but Lewandowski is the ultimate space invader. 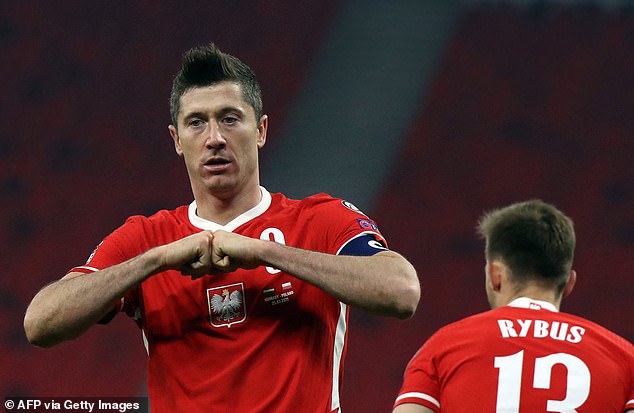 Lewandowski could even find room inside a telephone box, and is the ultimate space invader

Kane, at 6ft 2in, has an inch on his rival, but scoring headers is about more than height. It’s about assessing the position of your markers and anticipating where your team-mate is going to put the ball.

A smart striker will feign to go one way then go another. He’ll use decoy runs from others to his advantage. It’s about intelligence more than how high can you jump.

Strikers love scoring goals which involve them getting between centre backs. Kane scored that way at Fulham last season, as did Lewandowski against Stuttgart. Four of Kane’s 23 goals last season were headers, compared to five of Lewandowski’s 41. Both are aerial handfuls. 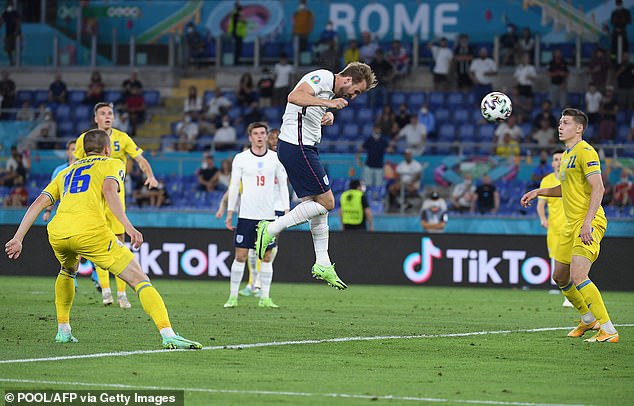 Kane may have an inch over Lewandowski, but heading is about much more than just height

Neither striker is a slouch. Kane has worked hard at becoming quicker off the mark but looked a little leggy at Euro 2020 after an exhausting season. He’s now 28, so should be in his prime.

Lewandowski, 33, can act as an inspiration. He has 282 Bundesliga goals to his name and 161 were scored after his 28th birthday. That’s 57 per cent. Lewandowski is an expert at preserving his energy and picking the right moment to use his acceleration. He’ll run when it matters.

Who would win a foot race between Kane and Lewandowski? That’s hard to say. A photo finish, I think! 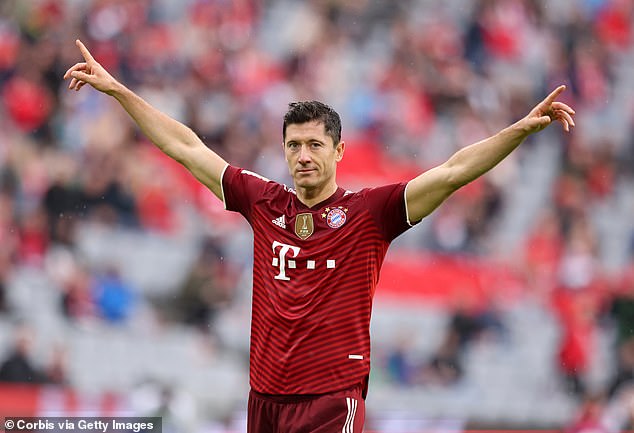 Neither striker is a slouch, with both Kane and Lewandowski willing to put in the hard yards