With its three sides and supermarket backdrop, The Hope Stadium cannot rank beside some of the more storied venues at which Steven Gerrard has tasted success in dramatic fashion.

Even so, he will remember it as the site of a landmark in his Rangers tenure.

A first away Premiership win for his side – at the fifth time of asking – looked like unlikely when substitute Steven Boyd struck for Hamilton in the 80th minute to cancel out Ryan Kent’s opener. 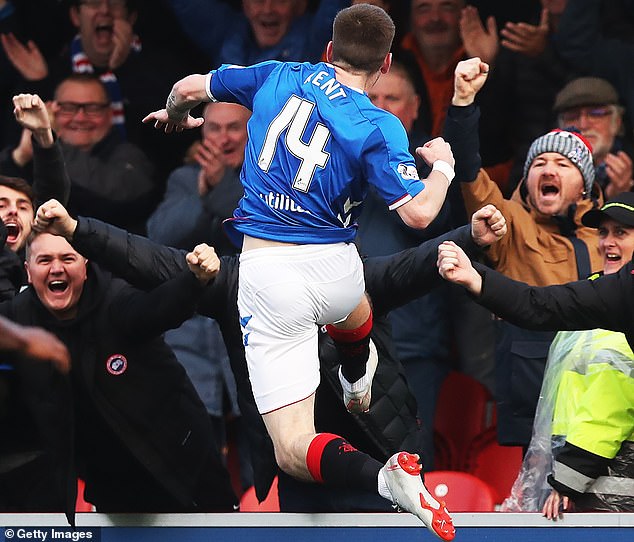 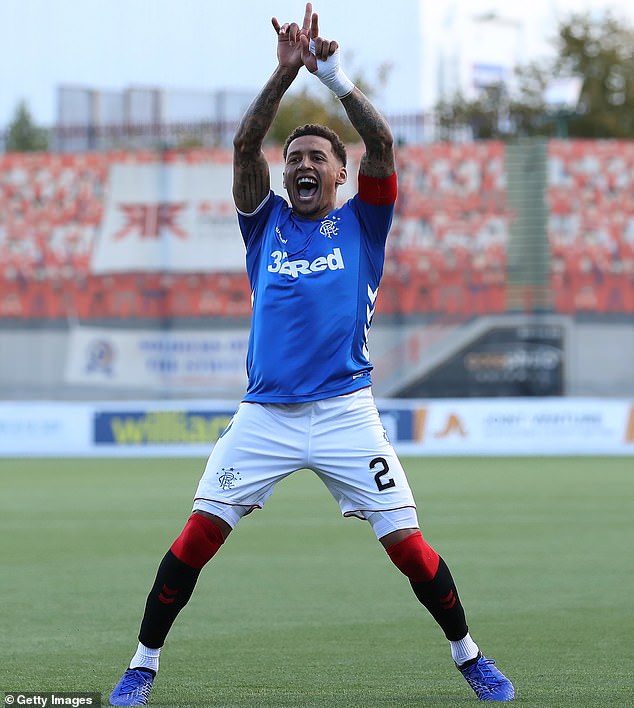 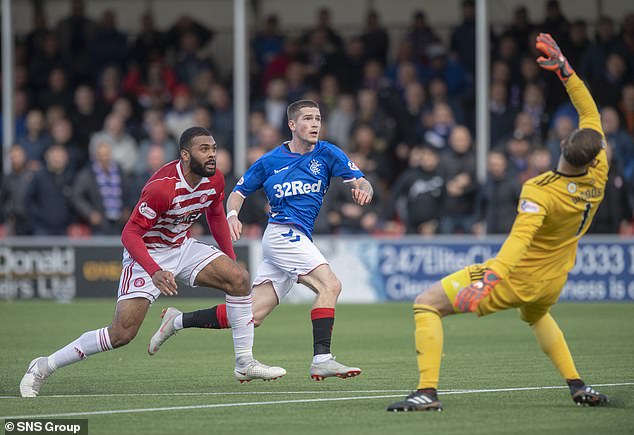 But two penalties conceded in the space of three minutes by Alex Penny were both converted by James Tavernier, before Alfredo Morelos set the seal on a remarkable late goal surge in stoppage time.

It had been anything but pretty for Rangers before then. Tight, scrappy and often frustrating, it was an afternoon when the result was going to outstrip any aesthetic appeal.

Yet, however they were earned, these were undoubtedly three vital points for the Ibrox men.

Another box has been ticked as Gerrard’s tenure continues to take shape. And no ground has been lost in the bid to close in on the teams above them.

It also provided a positive start to a big week, with Spartak Moscow visiting in the Europa League on Thursday evening before a trip to Hampden for the Betfred Cup semi-final against Aberdeen next Sunday.

For Hamilton, thrashed 6-0 by Hibs in their last outing, the way this one concluded provided a different kind of pain.

Gerrard’s selection was notable for the inclusion of Jordan Rossiter. A hamstring strain sustained by Scott Arfield on international duty created a midfield vacancy that was filled by the ex-Liverpool youngster, whose two years at Ibrox have been dominated by injuries. This was his first start since the final day of last season.

For Rangers, the hope was of learning harsh lessons from last month’s defeat on artificial turf against Livingston.

That was surely necessary if they were finally to replicate their excellent Ibrox form, that saw leaders Hearts beaten prior to the break, on the road. 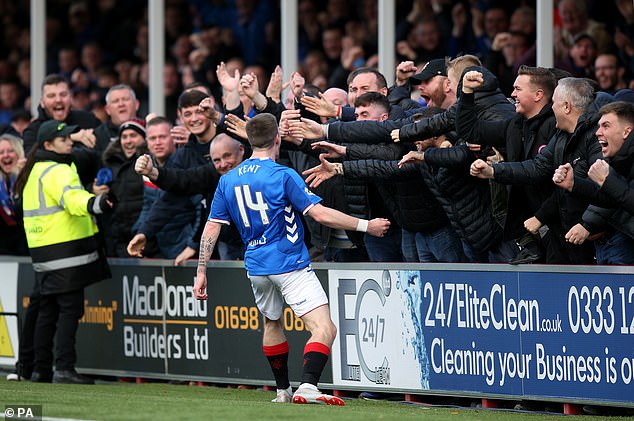 The early signs were not promising for Gerrard. Looking uncertain on the pitch and lacking any fluency in their play, the first half threatened to become familiarly unwelcome viewing for the travelling support.

It had taken 31 minutes for Rangers to deliver their first meaningful shot on target. Ovie Ejaria had half-slipped as he struck it – one of many instances of players losing their footing – but Gary Woods was still forced to shovel it around the post.

Prior that, an interchange between Alfredo Morelos and Daniel Candeias had led to the Portuguese winger firing wide.

Kent had also found the side-netting from an acute angle, but it had been anything but assured dominance from the Ibrox men. With Hamilton posing at least as much threat, they were a team in need of a spark.

Ignition arrived four minutes before the break through Kent’s third goal of the season. The Liverpool loanee has gradually grown in influence in recent weeks. And his elevated confidence was clear from the manner in which he delivered a much-needed advantage. 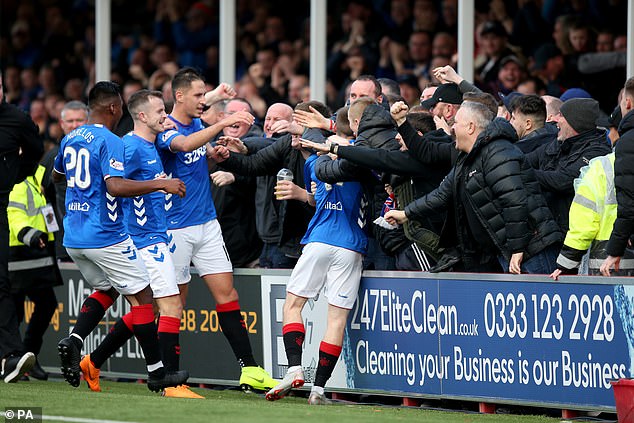 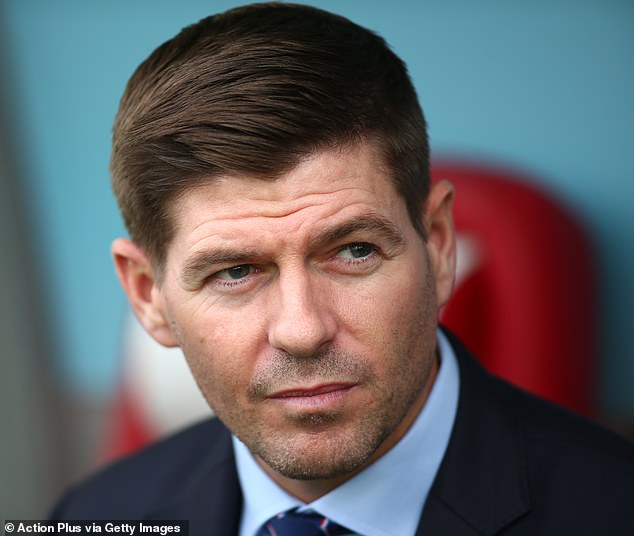 The Malian midfielder picked out Morelos, who promptly flicked a clever pass around the corner to meet Kent’s charge through the inside-left channel.

The winger outstripped Alex Penny for pace before lifting a composed finish over the onrushing Woods and into an unguarded net. Kent’s joy wasn’t dimmed by his celebration being punished by a booking.

That little slice of incision condemned Hamilton to a half-time deficit. But Canning’s team trudged off knowing it could have been otherwise.

They had given as good as they’d got for much of the opening period. Chances were created. Yet the coolness shown by Kent was absent from their ranks.

Right-bank Aaron McGowan was unlucky with a swipe off the outside of his right boot that whistled over Allan McGregor’s bar. But he would have reason to regret a better opportunity that followed.

Referee Andrew Dallas dismissed penalty claims as Mickel Miller and James Tavenier tussled inside the area, with the ball being lifted towards the far post. McGowan was up highest to meet it but his header lacked accuracy. 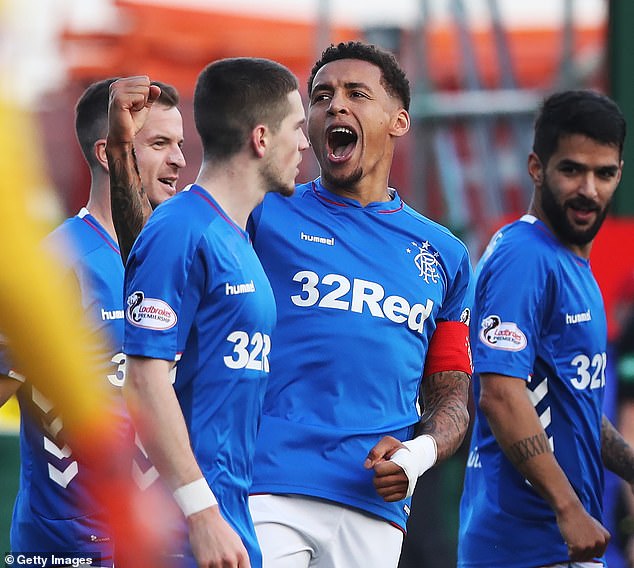 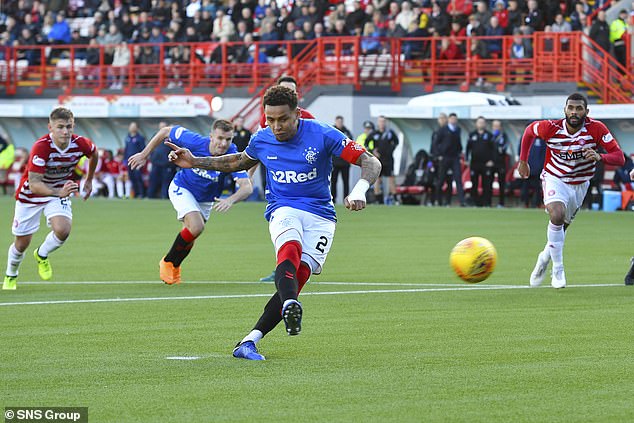 Darian MacKinnon was the other Accies player to have sight of goal. His left-foot shot – under pressure from Coulibaly – skidded wide of McGregor’s right-hand post after the Rangers defence failed to deal with Frederik Brustad’s cross.

An opportunity to quickly cancel out Kent’s strike also slipped away. MacKinnon was in the right place to benefit when McGregor could only punch half-clear from a crowded six-yard area, yet his instinctive effort drifted too high.

Accies resumed their quest after the restart, knowing how crucial it could be to claim the next goal. Miller did well to wriggle into the area, but couldn’t retain his composure when closed down by McGregor.

A more glaring miss followed. When Rakish Bingham’s drive was pushed out by McGregor, it fell perfectly for fellow substitute James Keatings. Somehow, though, he missed the target.

It would, however, be the third man off the Accies bench who drew them level with ten minutes to play. Boyd’s cross was headed back in his direction by Connor Goldson, providing an invitation the youngster didn’t refuse. He skipped away from a Rossiter challenge before curling home a fantastic finish.

Rangers were in trouble. At least until Penny struck out his arm to block a Candeias cross. Tavernier converted and did the same when Dallas again penalised Penny three minutes later, this time for a softer-looking challenge on Morelos.

The Colombian would have the final say in a frantic finale, sweeping into the net after Candeias was blocked. 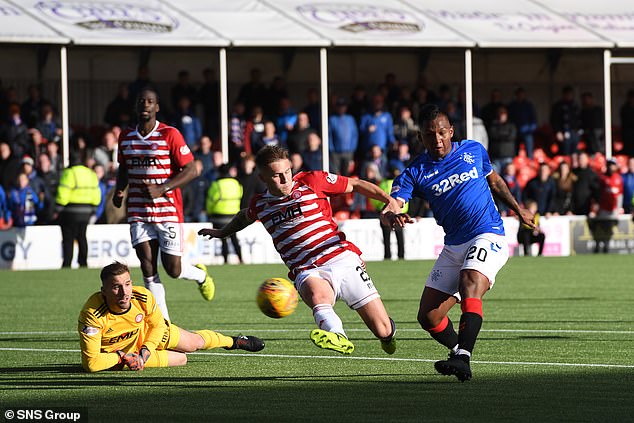 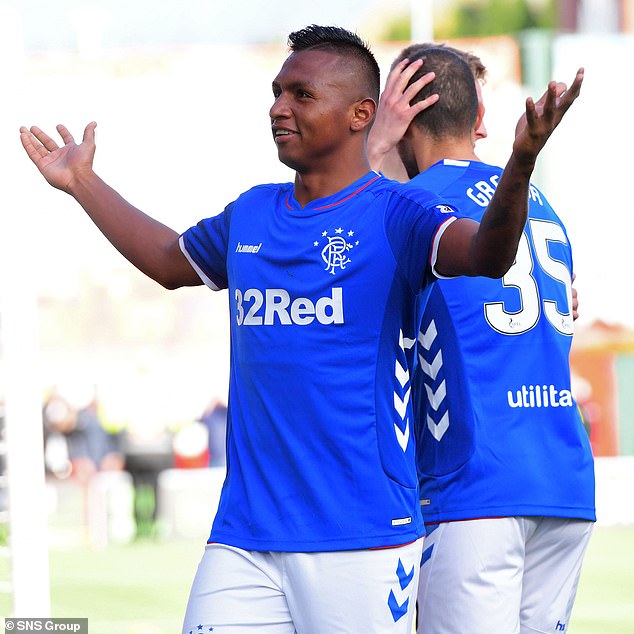