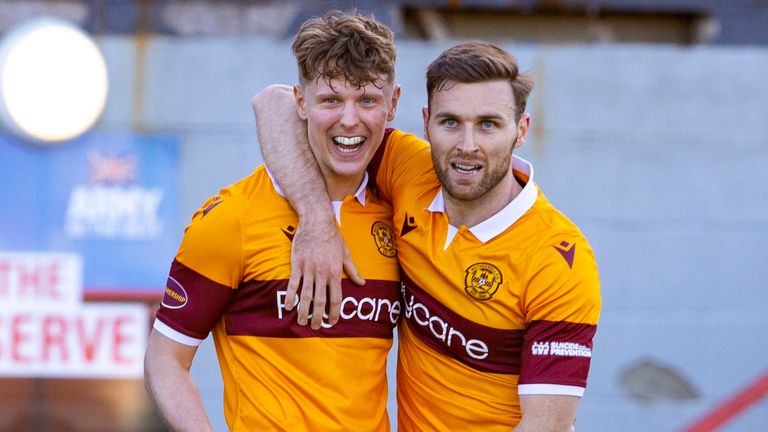 Report as defeat leaves Hamilton rooted at the bottom of the Scottish Premiership; hosts had Ronan Hughes sent off in 33rd minute; Mark O’Hara grabbed the goal that saw Motherwell seal all three points; it sealed a first Lanarkshire derby victory in six matches 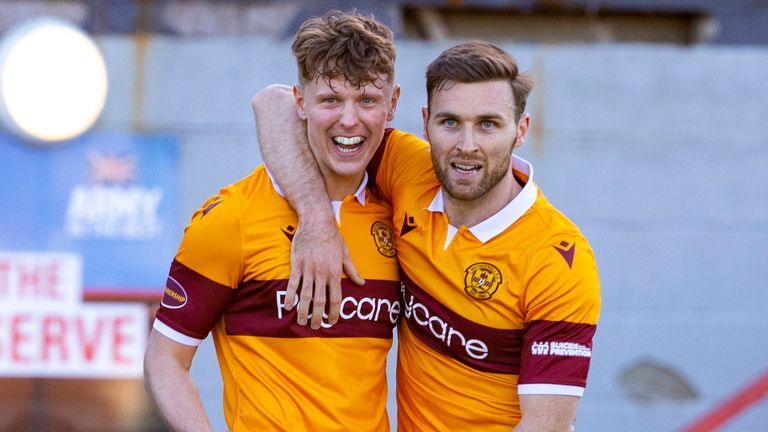 Hamilton midfielder Ronan Hughes saw red as a 1-0 home defeat by Motherwell left his side rooted to the bottom of the Scottish Premiership.

The 22-year-old was sent off for a 33rd-minute midfield challenge and Mark O’Hara soon fired Motherwell ahead.

Bruce Anderson saw a chance saved for the hosts before Motherwell controlled the final quarter and sealed a first Lanarkshire derby victory in six matches to leave their local rivals deep in relegation danger.

Hamilton now face a trip to St Mirren before playing relegation rivals Ross County and Kilmarnock in the final two matches of the season.

Motherwell switched to a three-man central defence as they looked to avoid a fourth defeat by Accies this season.

The visitors had an early escape when Hakeem Odoffin failed to steer the ball on target after escaping his man from a free-kick.

Ricki Lamie had a header blocked at the other end and Devante Cole saw a shot parried after some slack play at the back from the hosts.

There was little in the game before the red card. Hughes threw himself into a challenge with Robbie Crawford but the Motherwell midfielder got to the ball first and referee Kevin Clancy ruled it serious foul play.

Motherwell took just four minutes to make their advantage count after getting the ball out wide. Christopher Long worked it into O’Hara and the midfielder made space to turn and shoot into the bottom corner of the net.

Cole came close after turning Aaron Martin following a long throw and Accies went into the interval with everything to do.

They forced some set-pieces and kept Motherwell largely on the back foot in the early stages of the half, and created a decent chance midway through when Lee Hodson headed on to Anderson. The on-loan striker got hold of his volley but Liam Kelly was well-positioned to save.

A small group of Motherwell fans had arrived at the back of a nearby supermarket overlooking the ground at half-time and let off some pyrotechnics but they saw little to excite them before being moved on by police.

They found another vantage point in a different supermarket car park and saw their team improve in possession. Cole, Stephen O’Donnell and O’Hara had efforts which failed to trouble Kyle Gourlay.

Accies threw on returning wide players Lewis Smith and Nathan Thomas but could not mount any late pressure as Motherwell saw out the win.

Hamilton boss Brian Rice: “Of course we can [avoid the relegation]. Nothing is decided. It just makes it more difficult for us.

“We have said that in the dressing room. It just makes it more difficult and we just need to go harder, go quicker and we need to go stronger.”

On his thoughts on Hughes’ red card: “I’ll keep that to myself. I’m in enough trouble, speaking out before. I’m saying nothing about it, absolutely nothing.

“There wasn’t a lot in the first half, it was scrappy. It was a poor goal to lose, there wasn’t any real danger, and we didn’t have enough craft to break them down.”

Motherwell boss Graham Alexander: “We knew it was going to be tough, my experience of the last game was exceptionally tough,” said Alexander, whose derby debut ended in a 4-1 defeat.

“We had to come here and be dogged, be aggressive and compete and do all the basics well, which I think we did, and we scored the goal that won the game. I couldn’t have asked any more of the players.

“We changed the shape to compete against them in a way which we felt would win the game and we did that.”

Hamilton don’t have a game until a week on Saturday, when they travel to St Mirren; Kick-off at 3pm.

Motherwell are in FA Cup action at Hibernian this Saturday; Kick-off at 5pm.