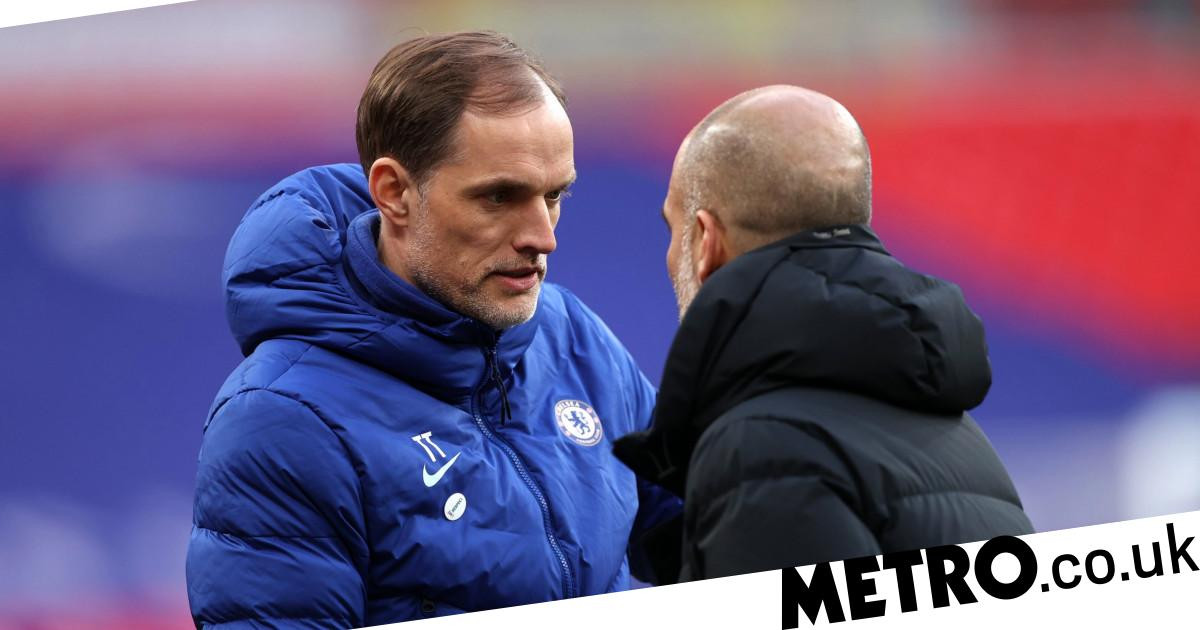 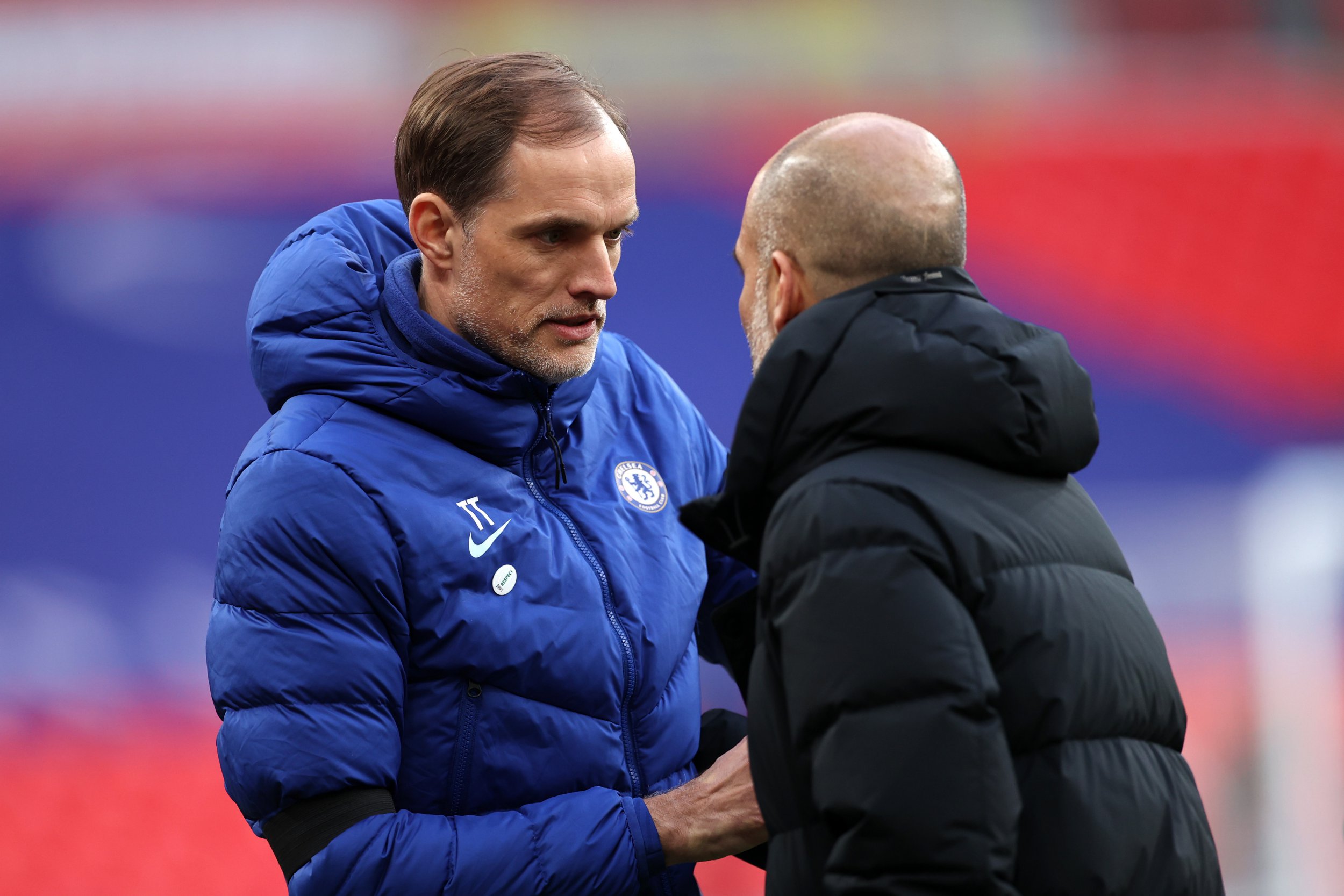 Pep Guardiola has praised Thomas Tuchel’s impact at Chelsea and believes the system the German has brought to Stamford Bridge is difficult to play against.

Manchester City face Chelsea in the Champions League final this Saturday, while Guardiola is aiming to win the competition for the first time since 2011.

Tuchel, meanwhile, has made a positive start having replaced Frank Lampard as Chelsea boss in January.

But the 47-year-old is still searching for his first trophy with Chelsea after his side were beaten by Leicester City in the FA Cup final earlier this month.

But ahead of the Champions League final in Portugal, Guardiola has hailed Tuchel’s tactical approach with Chelsea.

‘Why Chelsea play so good… because they have three central defenders close, the two holding midfielders who move in relation are close, the pockets are close, the striker and the two [others in attack] are so, so close,’ Guardiola told BT Sport.

‘The distances are so close, and at the same time they are so wide with the wing backs, they are so good with the ball in behind.

‘That’s why you cannot be close because they push you [out wide] and they have a lot of good players in the middle. That’s why it’s difficult to face teams who want the ball and want to play with the ball. We’ve tried to do it since day one.’

‘I saw the first game he had against Wolves, it was a draw but I saw already some routines, some mental processes when I faced them in Mainz and Borussia Dortmund.

‘I knew he would do it quick and good here at Chelsea.’