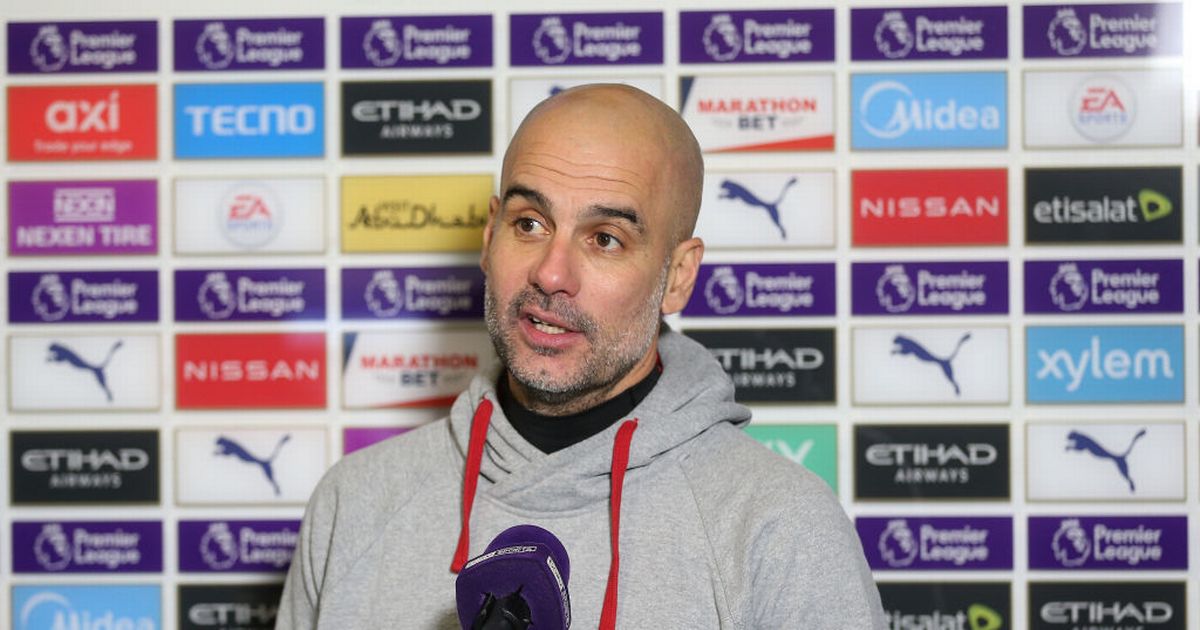 Ilkay Gundogan is out of Manchester City's Premier League clash at Everton on Wednesday.

Gundogan, City's man-of-the-moment with 10 goals in as many Premier League games, suffered a groin strain in Saturday's 3-0 win over Tottenham.

Premier League Player of the Month Gundogan may be out, but Kevin De Bruyne has resumed training with City ahead of his long-awaited return following an injury lay-off.

Sergio Aguero, who tested positive for Covid-19 during his recovery from a knew injury, will be on the bench at Goodison park, as he was at the weekend.

“Kevin is getting better, he was training with the all of the group and feeling much better.

“Sergio has been one year injured, he can't start from the beginning, but he's ready to come back, and he’ll be on the bench again.”

On City's rescheduled trip to Everton, which was called off in late December after an outbreak of Covid-19 within Guardiola's squad, the Blues boss said: “Everton has always been one of the greatest in England.

“Carlo Ancelotti knows players, his club, like all of his teams, and the quality from Carlo is always there.”

Saturday's win was City's 16th consecutive triumph in all competitions, already a record for an English top-flight side, and they can move 10 points clear at the top of the Premier League with victory at Goodison Park.

But Guardiola insisted there was no sense of invincibility within his squad, saying they were aware things could change again quickly.

"Two months ago it was not in the thoughts of anybody in English football that we could win the Premier League and now we look like the only contenders," he said.

"But there are still 45 points to play for and a lot of things can happen.

"We are going to drop points for sure and that is the moment when I want to see the reaction of all of us."