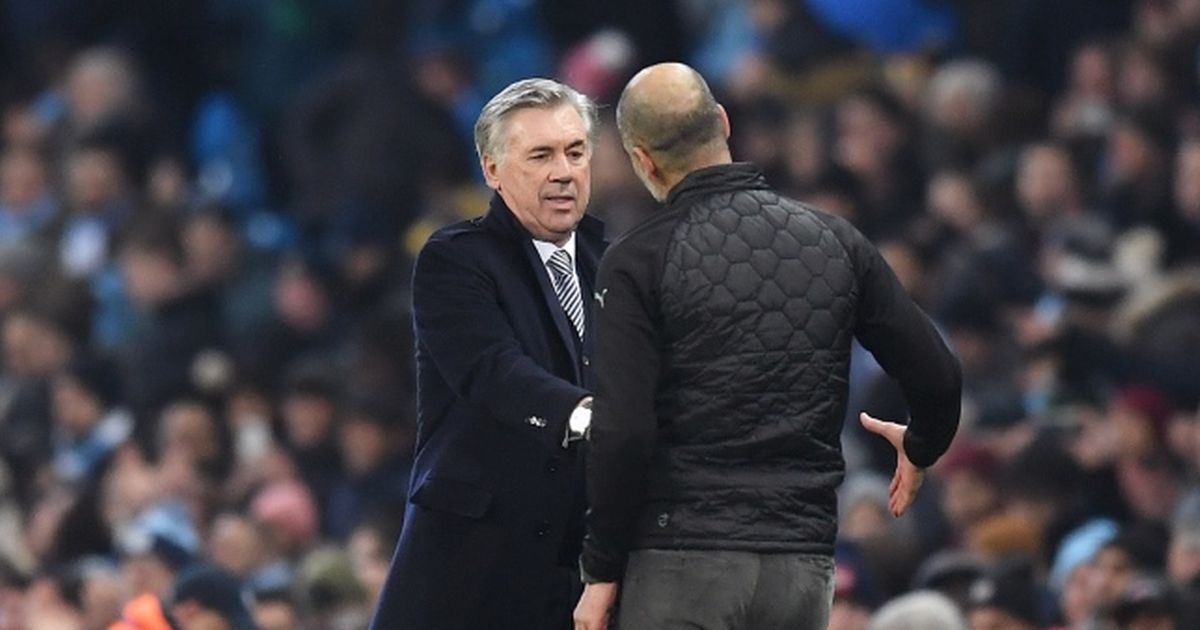 Pep Guardiola hit back at Everton by revealing he called Carlo Ancelotti personally to explain why Manchester City's game against them could not go ahead.

Everton released a terse statement, calling for full disclosure of the facts surrounding the postponement of Monday's game, which came after five City players tested positive for Covid.

The Premier League called the game off on medical grounds, just four hours before kick-off, a decision which angered Everton, given the blunt tone of their statement.

Guardiola said City wanted to play the game at Goodison Park, but said the Premier League made the decision to postpone it to prevent potential further spread of the virus.

“But on the day of the game there were more cases and the virus was inside our centre. We informed the Premier League.

“I called Carlo personally to announce the situation, because we could play, but what would happen if we travelled on the coach and more players had it?

“There would have been a risk of Everton players being infected because of us. It was a huge risk.

“I think the Premier League decided, wisely, for the welfare of everyone, to not increase the cases and increase the situation, given that in two or three days there were seven people who tested positive.

“But it’s not about what happened here at Manchester City. It’s what’s happening around the world.

“Unfortunately, people are dying all around the world, in the UK as well. Over 900 people died in the last two days. The problem is still here.

“There are clubs making statements complaining about this when it’s just about taking care of the health, when a lot of people in the UK are dying every day and every day a lot, a lot of people are being contaminated. What can you say? The world is [whistles].”

Guardiola also said Everton are likely to have four of their most important players – who would have missed Monday's game – back for the rearranged fixture with City.

"Now we're going to go to Goodison Park when Luca Digne, Richarlison, Allan and James [Rodriguez] can play," said Guardiola. "We're going to beat them, with all of them."