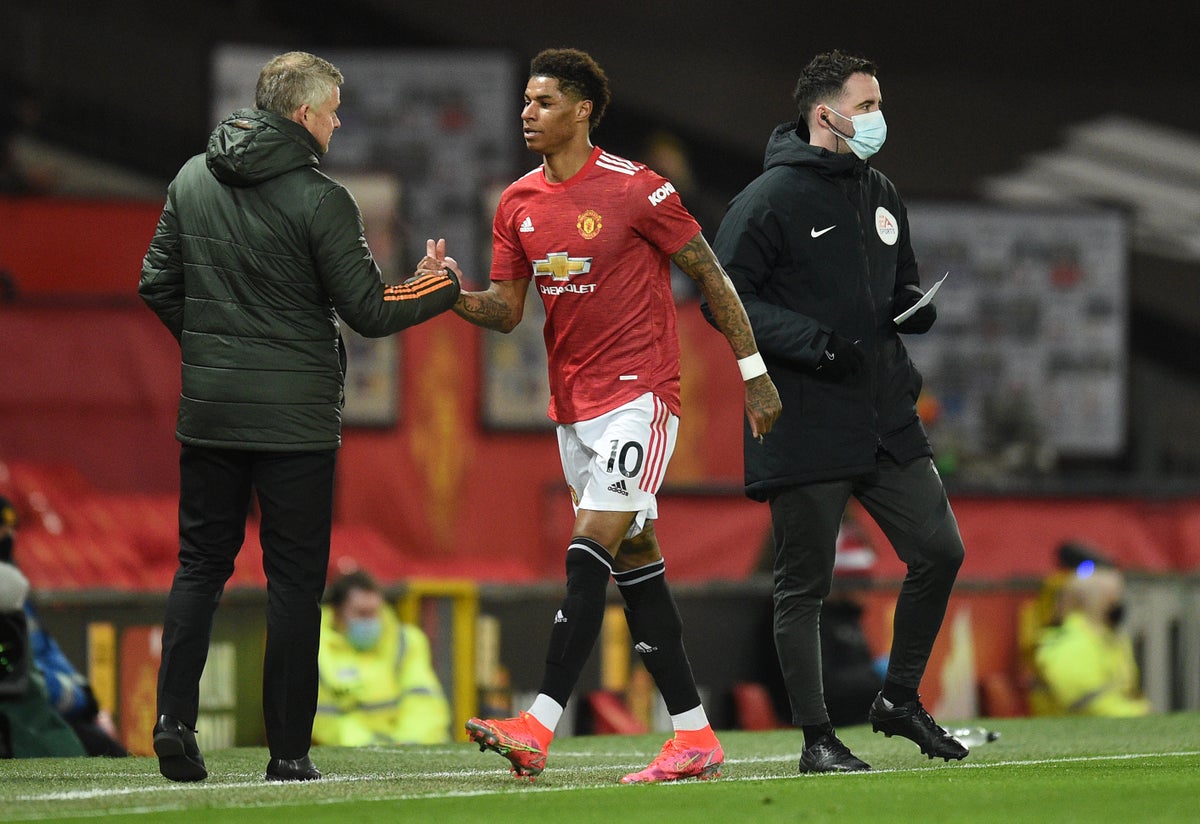 Manchester United play Granada tonight in the first leg of their Europa League quarter-final, with the competition representing the club’s best remaining opportunity of winning a trophy this season.

Ole Gunnar Solskjaer’s side travel to the south of Spain with a number of injury problems in their forwards department, however, with Marcus Rashford a doubt for the game and Anthony Martial likely to miss the rest of the season.

Mason Greenwood’s return to form has come at the right time, however, with the 19-year-old scoring the winner in United’s 2-1 win over Brighton in the Premier League on Sunday.

They face a Granada side who lie ninth in La Liga and have reached the last eight of the Europa League in their first-ever season of European football.

Here’s everything you need to know ahead of tonight’s game.

The game kick-offs at 8pm GMT on Thursday 8 April.

The match will be shown live on BT Sport 2. Subscribers can also stream the match via the BT Sport app and desktop website.

Rashford has travelled with the squad but is a doubt for the game after being substituted in Sunday’s 2-1 win over Brighton due to injury. Solskjaer said on Wednesday that he will assess Rashford’s fitness today ahead of the match, but he is unlikely to play 90 minutes. Eric Baily is unavailable after testing positive for Covid-19 while Martial is likely to be out for the rest of the season. Meanwhile, Alex Telles and Juan Mata are in line to return to the squad.

Granada manager Diego Martínez is likely to be without first-choice right-backs Dimitri Foulquier and Carlos Neva due to injury.

United get the job done, but Granada remain competitive and ensure they are still in the tie ahead of the second leg. Granada 0-2 Man United