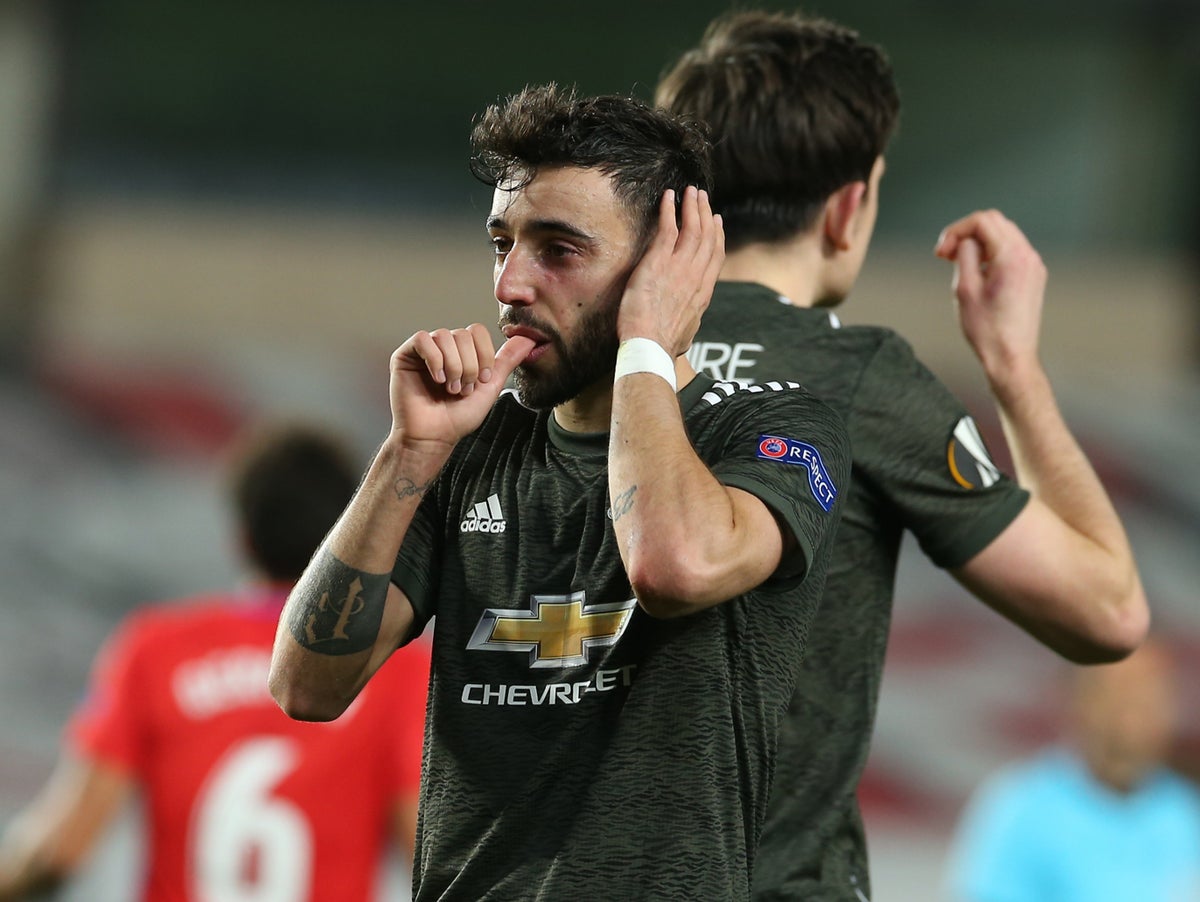 Bruno Fernandes scored his late penalty “with one eye”, according to Ole Gunnar Solskjaer, as Manchester United put one foot in the Europa League semi-finals with a comfortable victory over Granada.

Fernandes’ 90th-minute spot-kick added to Marcus Rashford’s sublime opening goal to give United a healthy advantage ahead of next Thursday’s return leg at Old Trafford.

Appearing as a pundit on BT Sport, Paul Scholes suggested that Fernandes had been fortunate to win the late penalty after being caught in the face by Granada midfielder Yan Brice.

Solskjaer, however, said that he had seen that one of Fernandes’ eyes was bloodshot after the final whistle.

“To be honest, I haven’t seen [the penalty incident], I’ve just seen his eye when he came off and that he got hit,” the United manager said.

“Mike Phelan was sat behind me in the dugout and said he took one in the face. His eye is red and to score with one eye open is also a skill.”

Solskjaer was delighted with the result, which puts United in command of the tie and on the brink of their fifth semi-final appearance since the Norwegian took charge.

The United manager was less impressed with the decisions to show yellow cards to Scott McTominay, Luke Shaw and Harry Maguire, who will all miss the second leg through suspension.

“It was an important goal, the second one there. A 1-0 lead losing three players is not a good position to be in. I don’t think we deserved those yellow cards but that’s happened.”

Rashford, meanwhile, lasted 65 minutes and continues to carry a troublesome ankle injury, but Solskjaer expects the scorer of United’s opening goal on the night to be fit for Sunday’s trip to Tottenham Hotspur.

“It’s the same thing as before, he’s not recovered from it,” he said of Rashford. “Hopefully it’s not got any worse from this because he lasted 65 against Brighton, so hopefully he’s ready. I think he should be ready for Sunday. The goal is exceptional.”