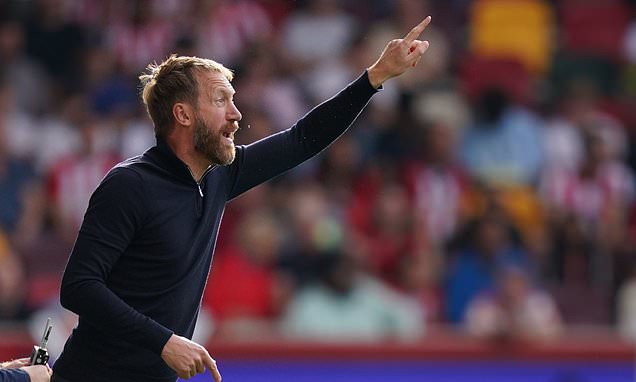 The precise lyrics cannot be printed, so let us paraphrase a chant that tumbled down the away end in West London.

Brighton owner Tony Bloom sat within the travelling support at Brentford, and among the songs and serenades came an X-rated ode to the chairman’s business sense. Specifically the £50million fee he extracted from Arsenal for defender Ben White.

Brighton can gloat about it now. Early days, of course, but so far Graham Potter’s side are defying those who feared the sale might erode any fine margins keeping that trapdoor at bay. 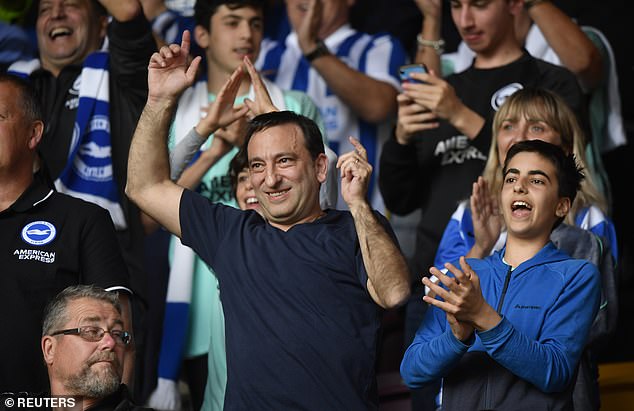 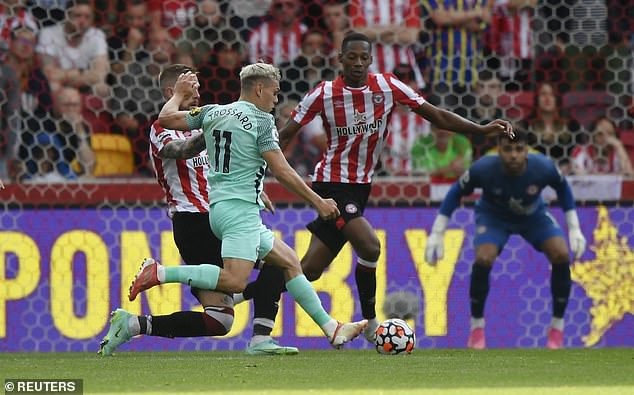 Injuries continue to deplete their defensive ranks further and yet this win over Brentford was only more proof that Potter is cementing firm foundations that should help Brighton cast an eye upwards, rather than over their shoulder. Leandro Trossard’s last-gasp goal means they have won three games in four. They have now amassed 11 Premier League clean sheets in 2021 – no one except Manchester City and Chelsea has more.

This one was built on a blend of grit and good fortune. Brentford will wonder how their first-half pressure didn’t tell but Brighton deserve credit for hanging on and then twisting the knife.

‘It was a collective effort,’ Potter said. ‘I thought we showed a really good attitude to defend and fight for each other. If you do that, you have a chance. You need a bit of luck as well, it’s not like we are saying you don’t get that.’ 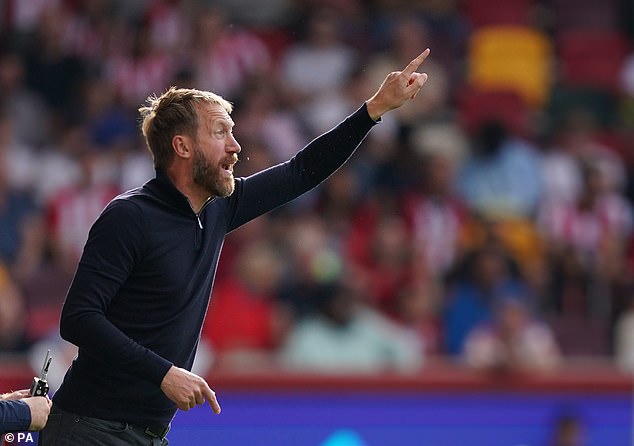 ‘Any good team will say you need to be able to defend, to have that stability, you need clean sheets,’ Potter added.

Across those 11 clean sheets, Potter has called on 11 different starters and myriad defensive combinations. White was not the only good deal Brighton have struck in recent summers – Webster, Lamptey and Joel Veltman have proven shrewd signings and new left back, Marc Cucurella, showed promise on his debut here.

Last season it took Brighton 19 games to reach three wins — too often they were on the other end of results like this, with little to show for all their promise.