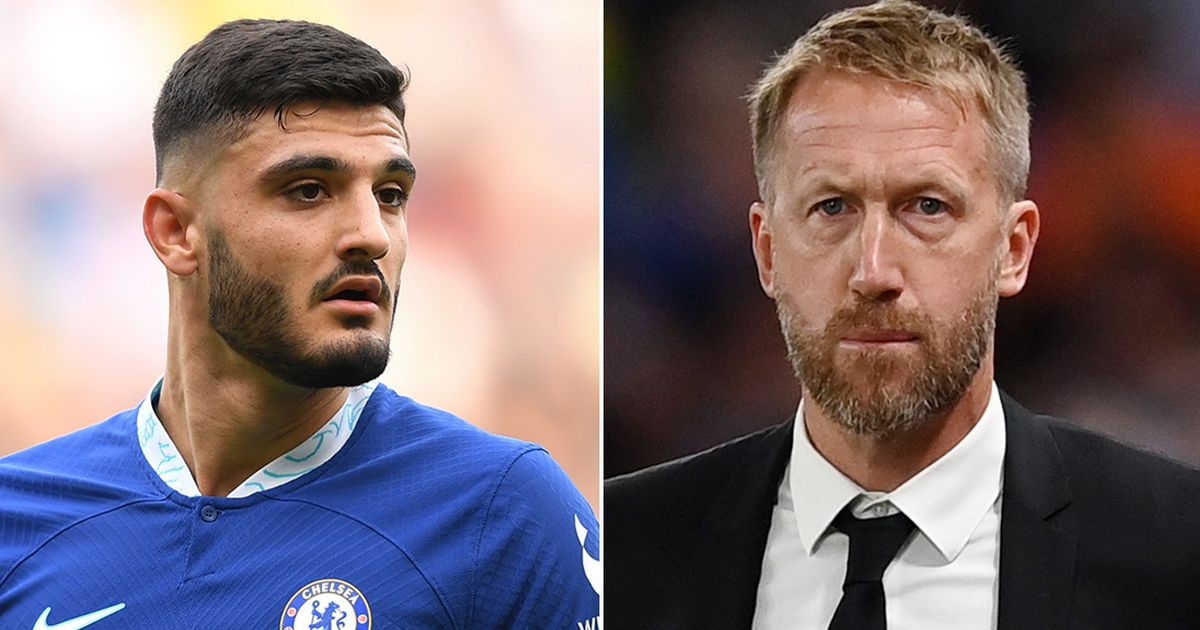 New Chelsea manager Graham Potter has been heavily impressed with Armando Broja, who could be closing in on a surprise starting spot.

Broja, 21, spent the entirety of last season on loan at Southampton, rattling in nine goals in 38 appearances for Ralph Hasenhuttl's side. Returning to Stamford Bridge at the end of his year-long sting on the south coast, the Albania international saw his path to the first-team blocked by Romelu Lukaku and Timo Werner but both have since departed west London, heading back to Inter Milan and RB Leipzig respectively.

And while former Arsenal captain Pierre-Emerick Aubameyang arrived on Deadline Day to fill the vacant void, Broja is understood to have heavily impressed Potter in training.

According to The Sun, Broja has roused the newly appointed manager with his deadly finishing and willingness to put in the hard hards – a trait Potter is known to value highly with the former Brighton boss looking to implement a pressing system at Stamford Bridge.

Sources have stated Potter is raving about his untapped potential and the ability to slot straight into his preferred 3-4-2-1 formation.

HAVE YOUR SAY! Should Armando Broja be given a shot as Chelsea's main striker? Let us know in the comments section.

The 47-year-old backed Deadline Day signing Aubameyang in his first start, a 1-1 draw against RB Salzburg, but the Gabon captain was axed after 66 minutes in favour of Broja.

Due to the postponement of Chelsea's Premier League clash against Liverpool, Potter's next match in charge of Chelsea will be against Crystal Palace after the international break.

That hands Broja yet more opportunities to impress him in training, as well as in Albania's matches against Israel and Iceland.