‘A man with that much talent should influence games like that’: Graeme Souness slams Mesut Ozil’s display at Crystal Palace and insists the German ‘typifies’ Arsenal’s vulnerability

Graeme Souness has criticised Mesut Ozil for his performance in Arsenal’s 2-2 draw at Crystal Palace on Sunday.

The retired German international captained the Gunners at Selhurst Park but struggled to make any impact on proceedings. He was eventually hauled off by Unai Emery after 68 minutes.

Obviously frustrated at the decision, Ozil ignored his manager’s offer of a high five as he made his way off the pitch before throwing his gloves across the front of the dug out in frustration. 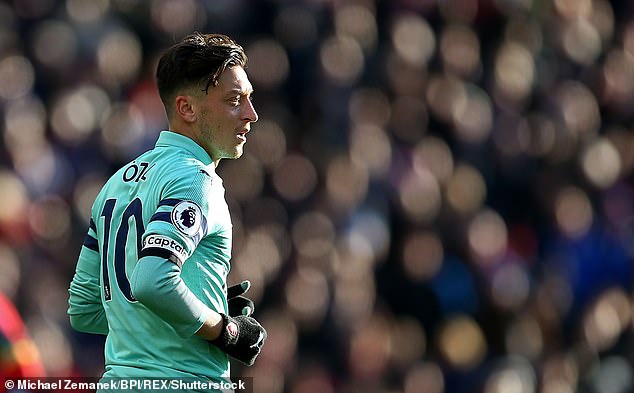 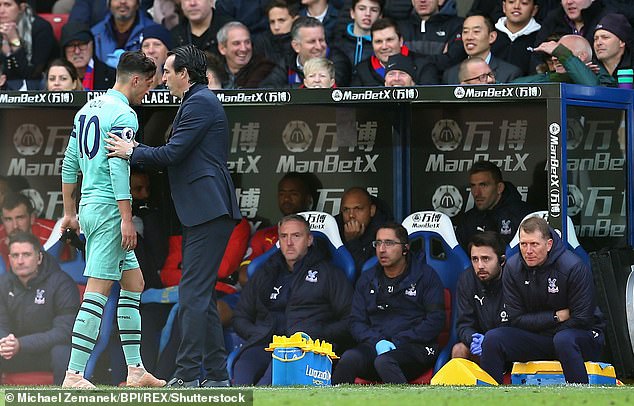 Ignoring his manager’s offer of a high five, Ozil threw his gloves across the front of the dug out

Working as a pundit for Sky Sports, Souness said: ‘There was 15 or 20 minutes at most where they were the best but the rest of the game I felt was Palace’s.

‘I don’t think we can really judge Arsenal until the fifth of December after they’ve played Manchester United and Tottenham, but I’d hold my reservations about Arsenal.

‘I still think they are much of the same to what we’ve seen the last few years. And I think it’s typified by Ozil. To be fair, Ozil showed a great deal of passion when he was subbed today [and] that’s the most I’ve ever seen him show in a game of football. It’s no good showing petulance like that.

‘You’re the captain, when you’re on the pitch show courage to get on the ball when you’re not dominating, show real passion… and maybe if you’re not built for it but make an attempt to get into a few challenges and win the ball back for your team but he doesn’t do that.

‘I’m sorry to harp on about him but a man with that much talent should influence games like that.’ 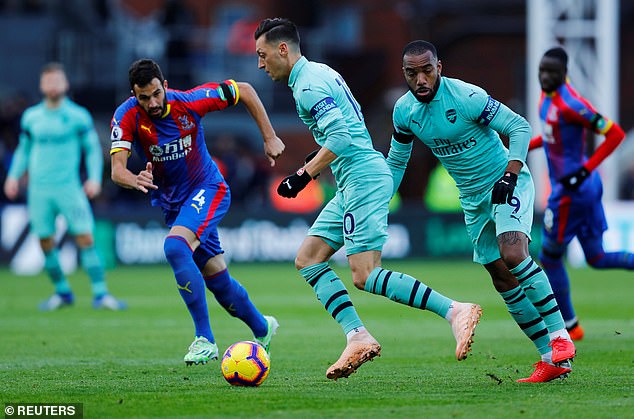 Eagles captain Luka Milivojevic scored twice from the penalty spot to earn his side a vital draw.

The point saw the Gunners’ 11-game winning run come to an end after Pierre-Emerick Aubameyang put the visitors ahead after the break, despite an obvious handball by Alexandre Lacazette in the build-up.

Milivojevic scored the opening goal in the first half after Shkodran Mustafi brought down Cheikhou Kouyate with a clumsy challenge.

Granit Xhaka’s powerful free-kick from a narrow angle had drawn Arsenal level at 1-1. The Gunners will look to return to winning ways against Liverpool at the Emirates Stadium next Saturday.