The government is expected to announce a £300m rescue package of emergency funding for sports, but the Premier League and the English Football League are set to miss out.

Sports minister Nigel Huddleston will address MPs in the House of Commons on Thursday afternoon when the detail of the bailout is expected to be confirmed.

The funding, expected to include loans and grants, will be shared among several sports to have been impacted by the absence of spectators because of coronavirus.

Both rugby codes and horse racing are believed to be among the beneficiaries, but cricket could miss out, while the government has repeatedly said professional men’s football is wealthy enough to support itself through the crisis.

The EFL, whose clubs have been particularly badly hit by the loss of matchday revenue, is yet to agree terms of a bail-out with the Premier League.

However, reports indicate the Women’s Super League will receive financial assistance, while netball and basketball are also to receive state funding as part of the rescue package.

The National League – the competition immediately below the EFL – has already received funding worth £10m as part of a partnership with The National Lottery to enable it to begin its 2020-21 season.

In September, more than 100 leaders from the physical activity sector wrote to Prime Minister Boris Johnson calling for urgent funding, warning of a “lost generation of sport and activity” due to the pandemic.

The arts industry was given a £1.57bn support package by the government in July.

Turnstiles have been closed since March after plans for a partial return of spectators from October 1 were scrapped amid a rise in coronavirus cases, in another blow to sports bodies. 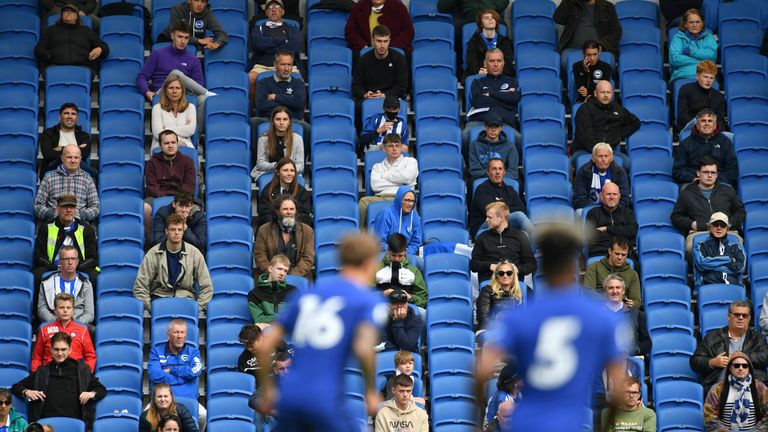 The government is exploring the possibility of allowing fans to return to football matches in England before Christmas, where rates of infection are low.