Jose Mourinho wore a look of frustration as Manchester United’s squad arrived back home on Saturday evening reflecting on their late slip-up at Chelsea.

The Portuguese manager looked to have pulled off a statement win at his old haunt, only for Ross Barkley to score six minutes into stoppage time, sparking an ugly touchline melee.

Chelsea coach Marco Ianni was seen goading Mourinho, who shot out of his dugout to take issue with the Italian before both benches engaged in a scuffle which overwhelmed nearby stewards. 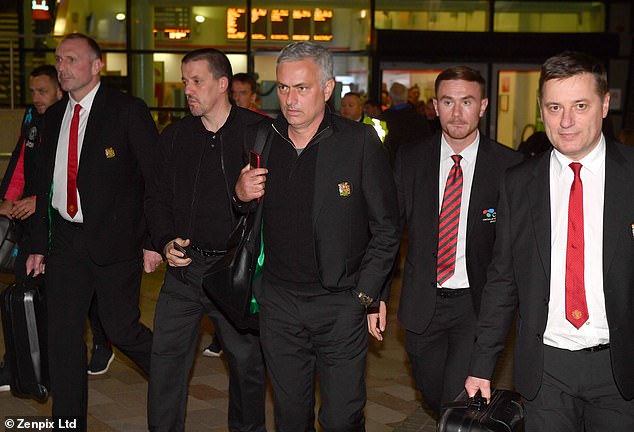 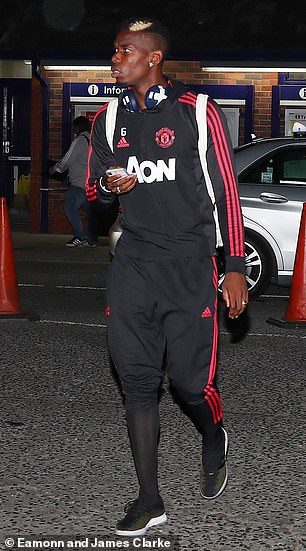 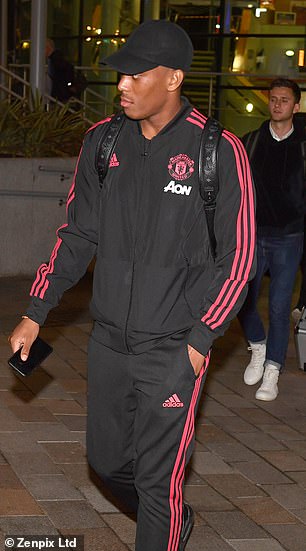 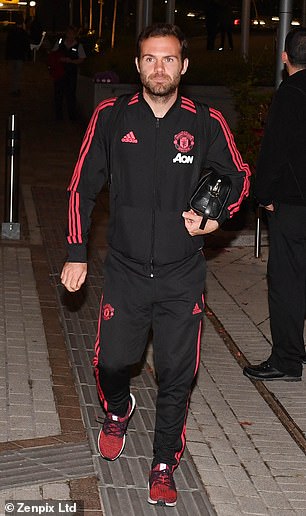 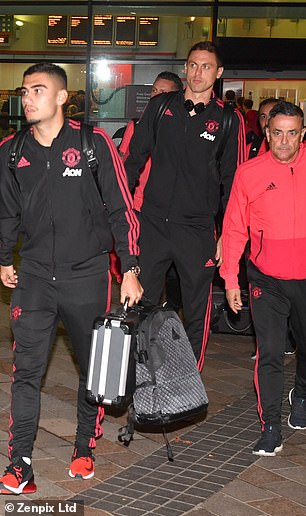 Mourinho arrived back with a handful of his players to Stockport train station late on Saturday night while other members of the squad, including Paul Pogba and Luke Shaw, alighted at Wilmslow, the scenes post-match undoubtedly on the manager’s mind.

Immediately after Barkley scored, Ianni got up and did a vigorous first pump in front of the United dugout, which Mourinho ignored.

However, Ianni continued to celebrate and ran past the United dugout, with the visitors’ coaching staff and players stunned by his actions. 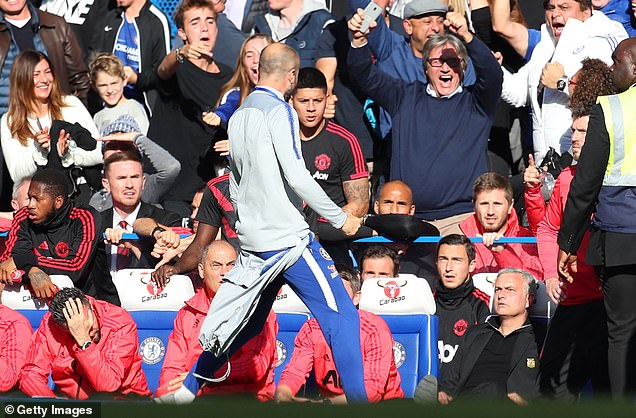 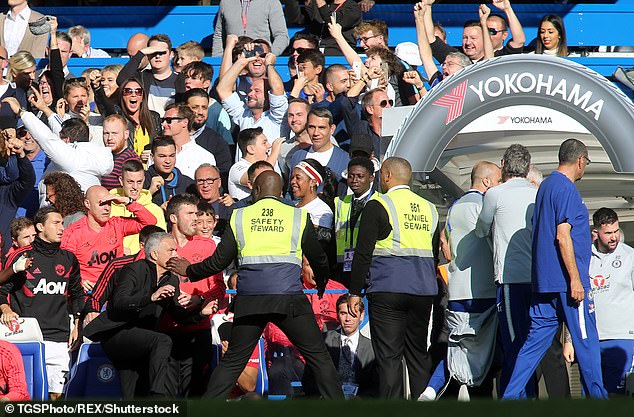 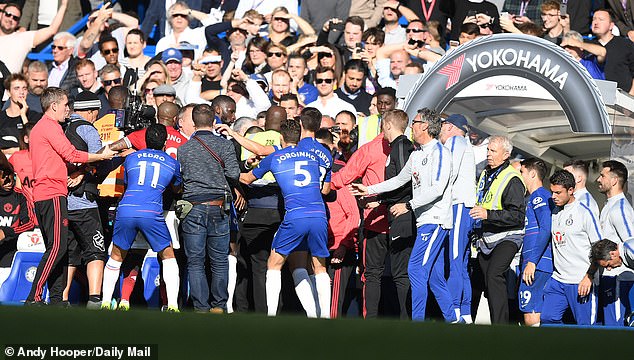 On this occasion Mourinho was livid and reacted angrily, attempting to chase Ianni down the tunnel before being held back, with members of the coaching staff from both teams involved.

His players did well to come from behind after it looked to be heading towards a long afternoon when Chelsea went ahead following an error from Paul Pogba.

The French midfielder was heavily criticised by pundits after his lack of discipline from a corner allowed Antonio Rudiger to open the scoring for the Blues.

Former United right back, now Sky Sports pundit, Gary Neville urged Pogba to wake up in a game of this magnitude. 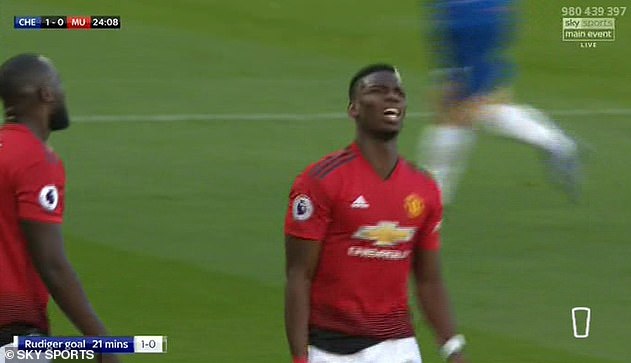 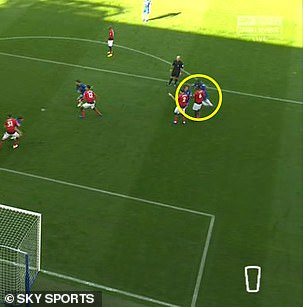 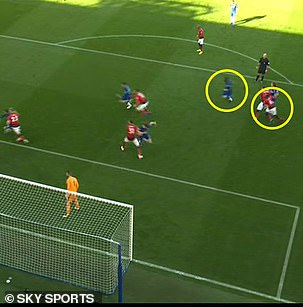 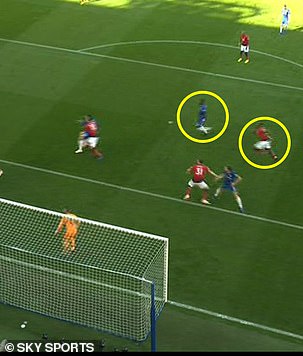 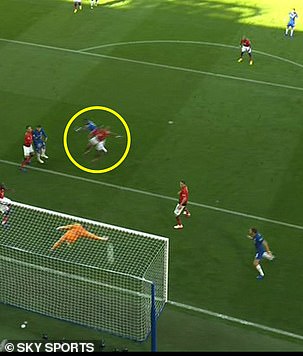 ‘He’s having a go at Lindelof saying “You blocked me”. Sorry Paul, he didn’t. he’s marking David Luiz.’

The game provided entertainment on and off the pitch. Both sides showed plenty of flair and ambition going forward with Martial the stand-out star.

He levelled the scores in contentious fashion early in the second half, converting past Chelsea goalkeeper Kepa with Marcos Alonso clutching his head on the floor.

His second came on the counter-attack when Juan Mata skipped down the right, played in Marcos Rashford who in turn found Martial. The French winger cut inside on to his right foot and found the bottom corner in front of the club’s travelling support.

But Barkley, on as a substitute, converted in the sixth minute of stoppage time to rescue an unlikely point and United’s players and staff boarded the train home bitterly disappointed at two points dropped. 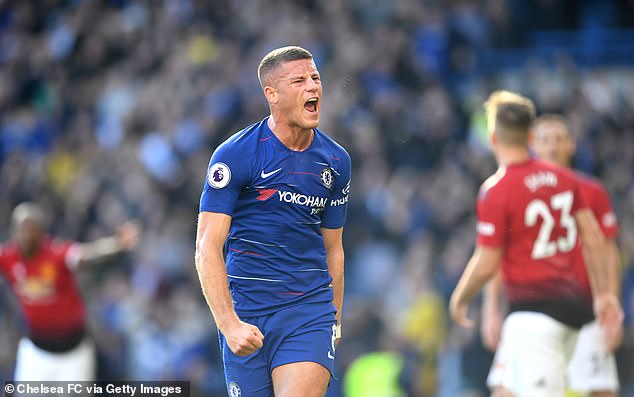