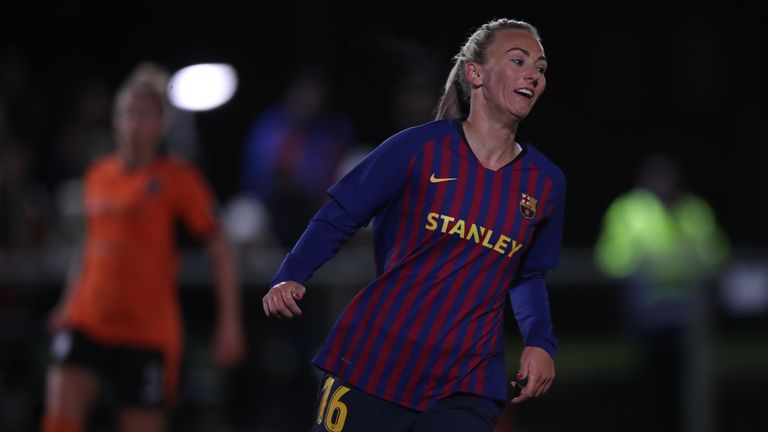 Toni Duggan ensured England head coach Phil Neville did not have a wasted trip to Scotland by scoring a brace in Barcelona’s 3-0 round of 16 second-leg victory over Glasgow City in the Women’s Champions League.

With Neville watching on from the stands at Petershill Park, the England forward opened the scoring in the 13th minute before adding a second just after half-time.

Alexia Putellas netted in between Duggan’s double as Barca, having won 5-0 in the first leg in Spain, advanced to the quarter-finals with an 8-0 aggregate triumph over City.

Elsewhere, Slavia Prague secured a last-eight spot for the third time in four years after a goalless draw with Rosengard sealed a 3-2 aggregate win.

The quarter-final and semi-final draw, which includes Chelsea, will take place on November 9.