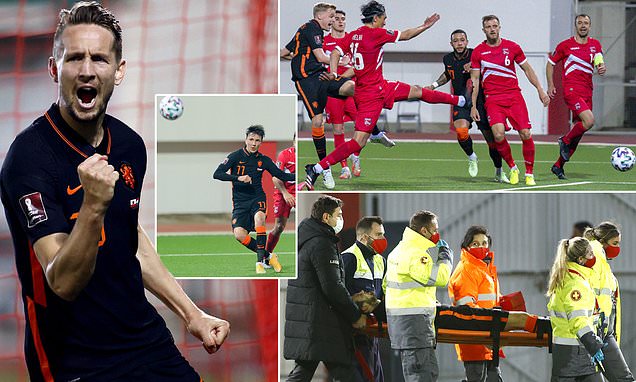 Gibraltar 0-7 Holland: Frank de Boer’s men turn on the style as they put minnows to the sword after ruthless second-half display saw them score SIX times… and even Man United flop Donny van de Beek got in on the act!

Holland got their World Cup qualifying campaign back on track with an emphatic victory over minnows Gibraltar.

The visitors struggled to break down Gibraltar’s dogged defence for much of the first half but finally got the breakthrough four minutes before the interval thanks to Steven Berghuis’ goal.

Luuk de Jong put the game out of sight by doubling their lead five minutes before the hour mark before the floodgates opened.

Within nine minutes of de Jong’s goal, Holland scored three more times with Memphis Depay, Georginio Wijnaldum and Donyell Malen getting in on the act.

Depay grabbed a second later on in the match before Donny van de Beek added more gloss to the scoreline. 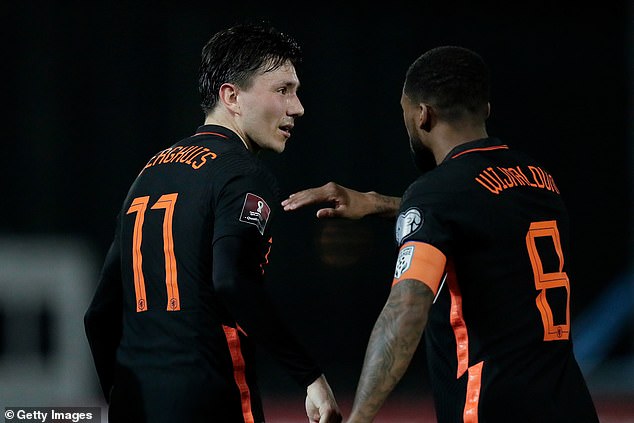 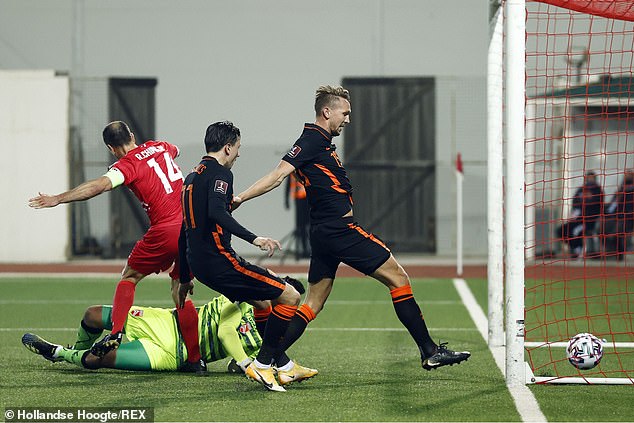 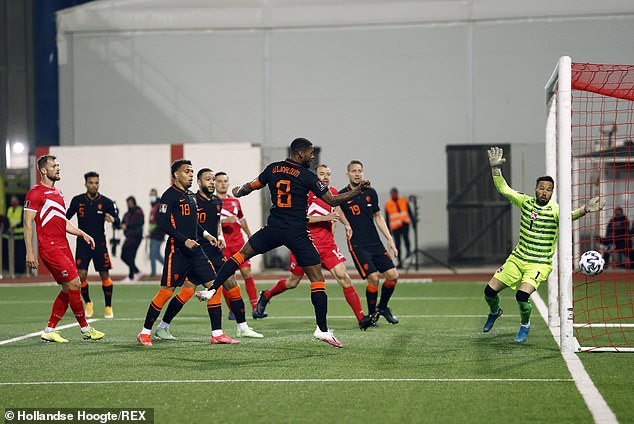 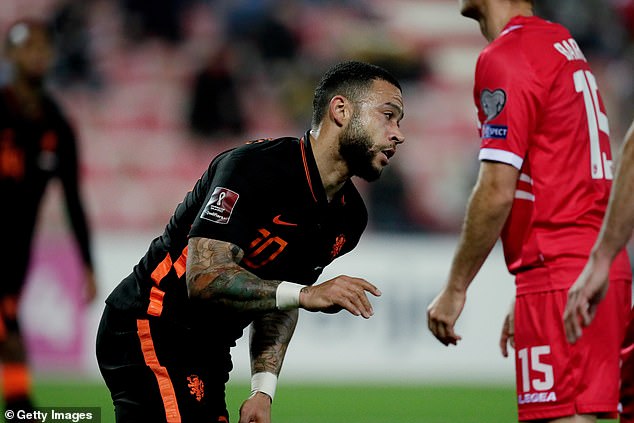 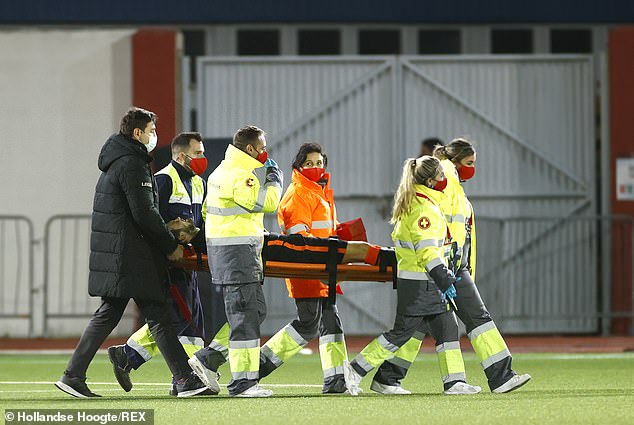 Holland’s night was tarnished by a horror injury to Daley Blind, who had to be carried off 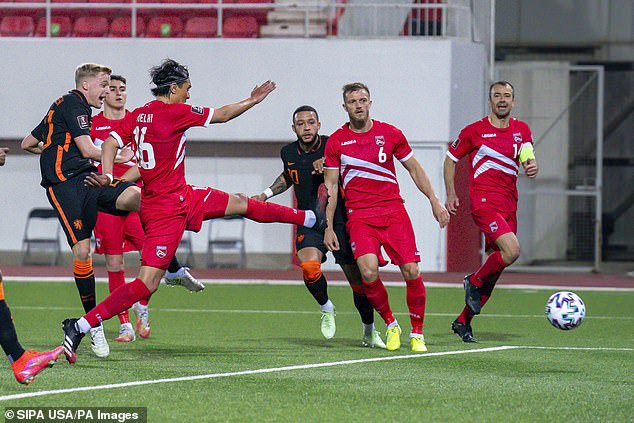