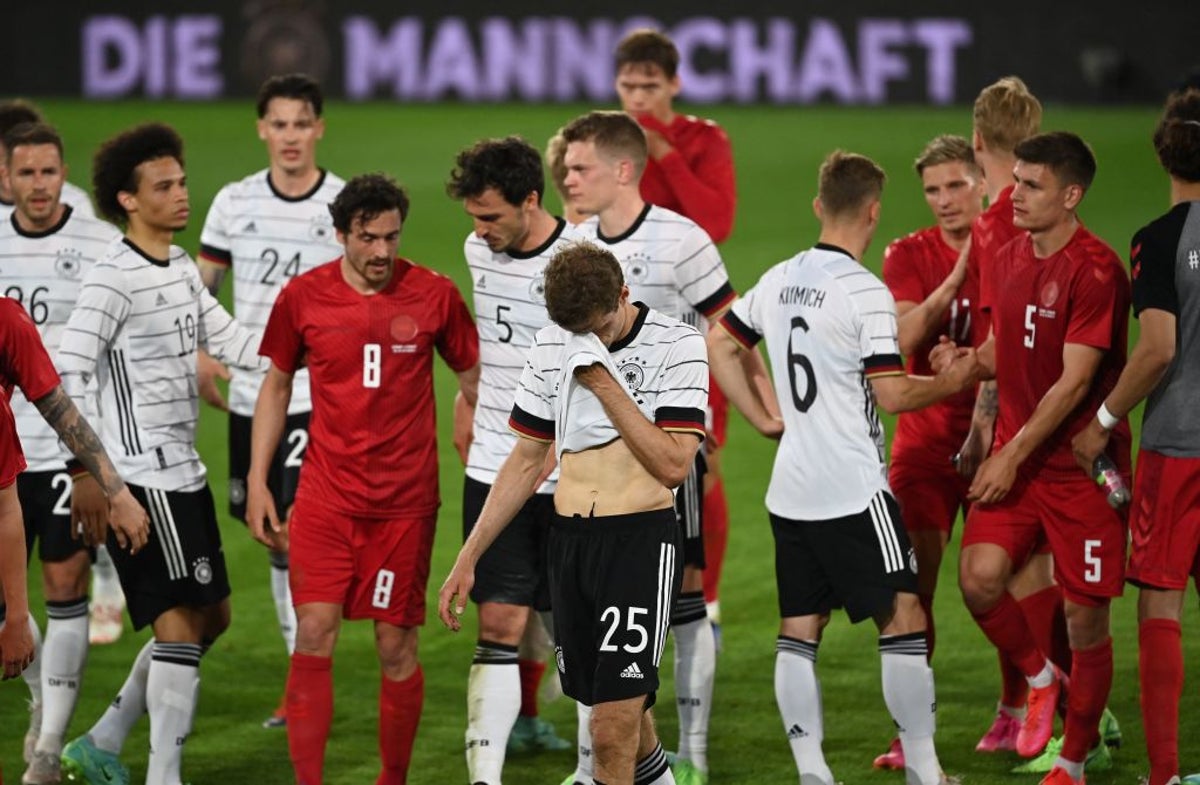 Germany twice hit the woodwork and missed more chances before settling for a 1-1 draw in their Euro 2020 warmup match against Denmark on Wednesday.

Florian Neuhaus opened the scoring for Germany early in the second half, but Yussuf Poulsen’s leveller ensured the match finished all square.

With 2014 World Cup winners Thomas Mueller and Mats Hummels back in the squad after more than two years and going straight into the starting lineup, the Germans looked sharp from the start.

Neuhaus tested Kasper Schmeichel early on and the keeper then saved a Mueller header in the 13th minute. Leroy Sane should have done better in the 27th when he was left unmarked in front of goal but stabbed his effort over the bar.

The Danes survived another close call a little later when Joshua Kimmich whipped a low cross across the goal and three players failed to connect.

Serge Gnabry went even closer, hitting the crossbar with a curled effort just before the break before Neuhaus tapped in three minutes after the restart to give Germany a deserved lead.

“We defended well over long periods of time and we did that better than in previous games,” said Germany coach Joachim Loew.

“But we lost our focus a bit midway through the second half, lost possession a few times. But we made it difficult for ourselves by not making 2-0.”

Germany‘s backline had completely shut out the Danes for 71 minutes but was beaten when Christian Eriksen delivered a defence-splitting pass for Poulsen to beat keeper Manuel Neuer with their first chance of the game.

Germany‘s Matthias Ginter hit the bar once more six minutes later but failed to find a winner with the many interruptions for substitutions late in the second half taking the pace out of the game.

“Communication was better, it was louder on the pitch. Today was a good start but some things still need to be worked on,” said Loew, who will be leaving at the end of the Euros after 15 years in charge.

The Germans, who take on Latvia in their final warmup on June 7, face world champions France in their opener on June 15 and also play reigning European champions Portugal and Hungary in Group F.

Denmark face Bosnia on June 6 in a Euro dress rehearsal and start their tournament against Finland on June 12 and also play Belgium and Russia in Group B all in Copenhagen.