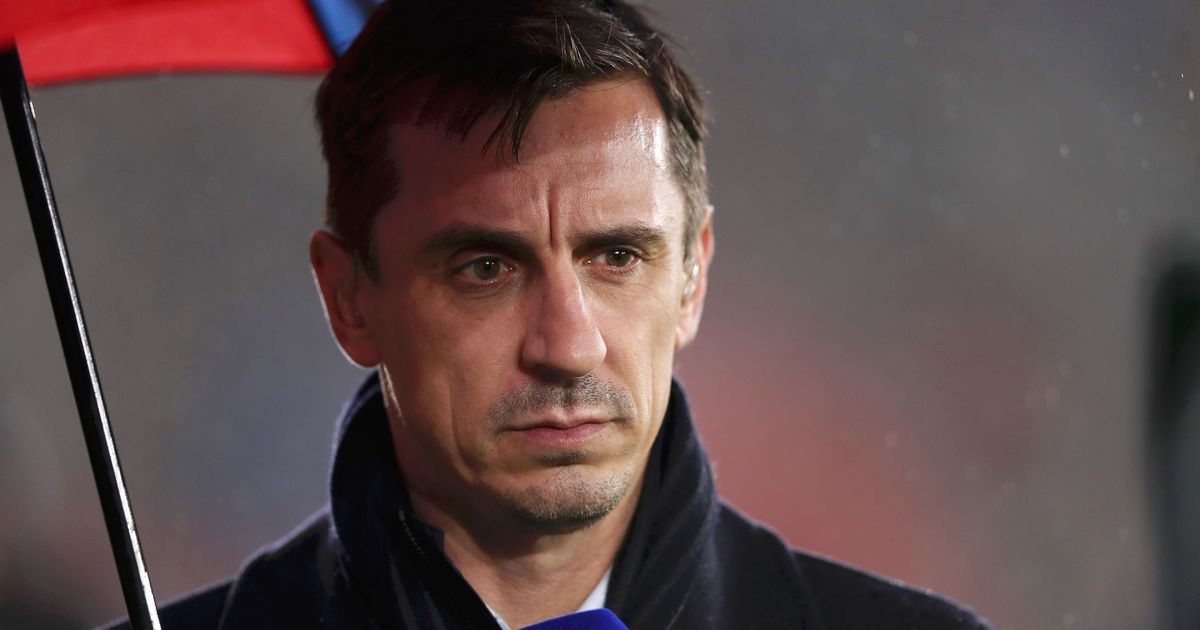 Cristiano Ronaldo was in excellent form as he made his second Manchester United debut on Saturday, scoring twice in the 4-1 win against Newcastle at Old Trafford.

The Portuguese star returned to United on Deadline Day in a deal worth £25million from Juventus, but some fans were unsure how the 36-year-old would perform back in the Premier League.

The five-time Ballon D'or winner instantly answered critics, but it is clear that Ronaldo is very much a no.9 now, as opposed to the versatile winger that he was during his first spell in Manchester.

Former teammate Gary Neville analysed Ronaldo's career on Monday Night Football, and highlighted how his stats have dropped off due to his position change.

Neville analysed Ronaldo's evolution into a centre-forward, and said: "His involvement in the build-up is limited. He’s going from a winger who is involved regularly to a someone who is now playing in the penalty box and having less touches. He’s not going wide and dribbling past players, that’s not to say he’ll do it, but it’s decreased enormously.

"The chances he creates for others has decreased. His shots are getting a lot less, this is a penalty box football player who is restricting his play outside the box far greater than any other moment in his career.

How successful will Cristiano Ronaldo be in his second spell at Manchester United? Comment below

The Sky Sports pundit also touched on Ronaldo's second coming, and described what he will bring to the United squad, saying: "This is a different Ronaldo second time round, we know he’s the most alert, the one who anticipates in the box, he’s the most driven to score goals and create great numbers.

"Manchester United’s ground was a dream and what he’s given them on Saturday is hope, a hope that extends into the belief in the players of the dressing room because what the impact he can have on them is enormous but he’s a very, very sportsperson, football player, individual. Unbelievable star and we’re so excited what will come this season."