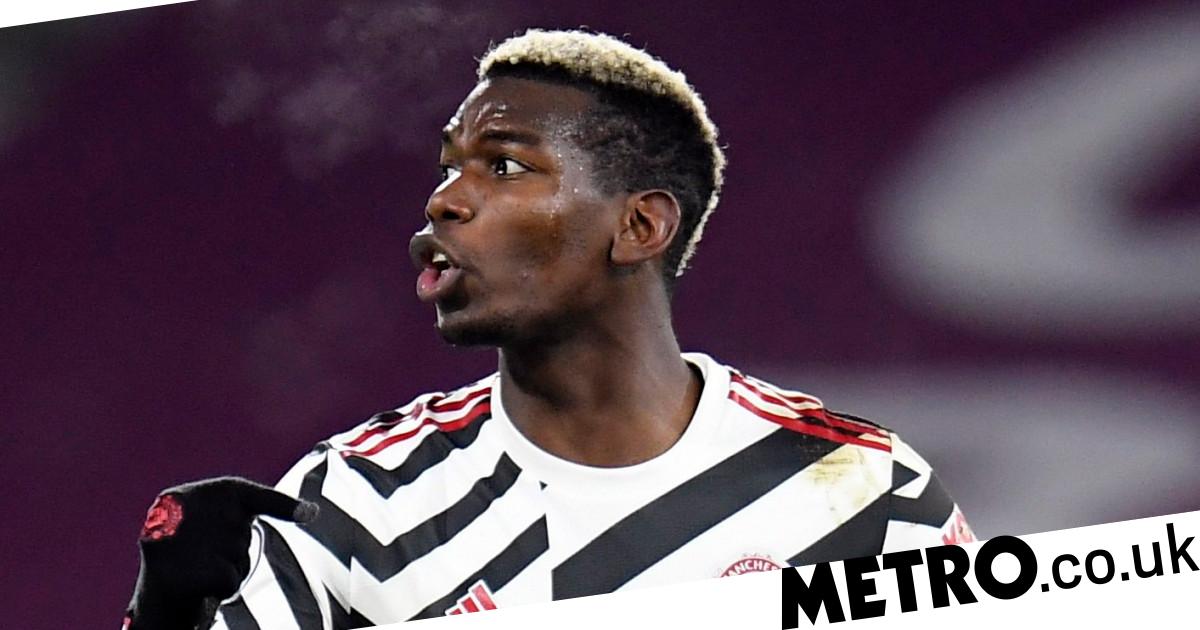 Gary Neville has picked Paul Pogba as his Man of the Match in Manchester United’s 1-0 victory over Burnley on Tuesday evening.

Pogba’s deflected second-half strike was enough to secure a win over Sean Dyche’s side which has sent United top of the Premier League.

The World Cup winner delivered an impressive performance at the heart of midfield alongside Nemanja Matic and Bruno Fernandes.

And Neville believes Pogba was ‘the best player on the pitch’ during United’s dominant second-half display.

‘He’s been good tonight, a big influence in this second half,’ Neville said of Pogba during commentary for Sky Sports.

‘Definitely Paul Pogba [is my man of the match], it hasn’t just been the goal in the second half.

‘I just think his passing in the second half, even his defensive work has been really disciplined.

‘He’s been good in his own box, he’s been good getting back in front of [Ashley] Barnes and [Chris] Wood, challenging for those headers to let [Harry] Maguire and [Eric] Bailly drop off.

‘He’s done a lot of things very well. He was the best player on the pitch for 20 minutes after half time.’

Meanwhile, Ole Gunnar Solskjaer praised the impact Pogba has on and off the field for United.

‘I’ve always said Paul is a big, big player for us. He’s a good character in the dressing room,’ Solskjaer told Sky Sports after the game.

‘He’s one the lads look to, he’s a world champion of course.

‘We’re seeing the best of Paul at the moment, I feel.

‘[He’s] getting better and better every game, he’s been injured and he’s had Covid, it’s just natural he needed time to get fit.’