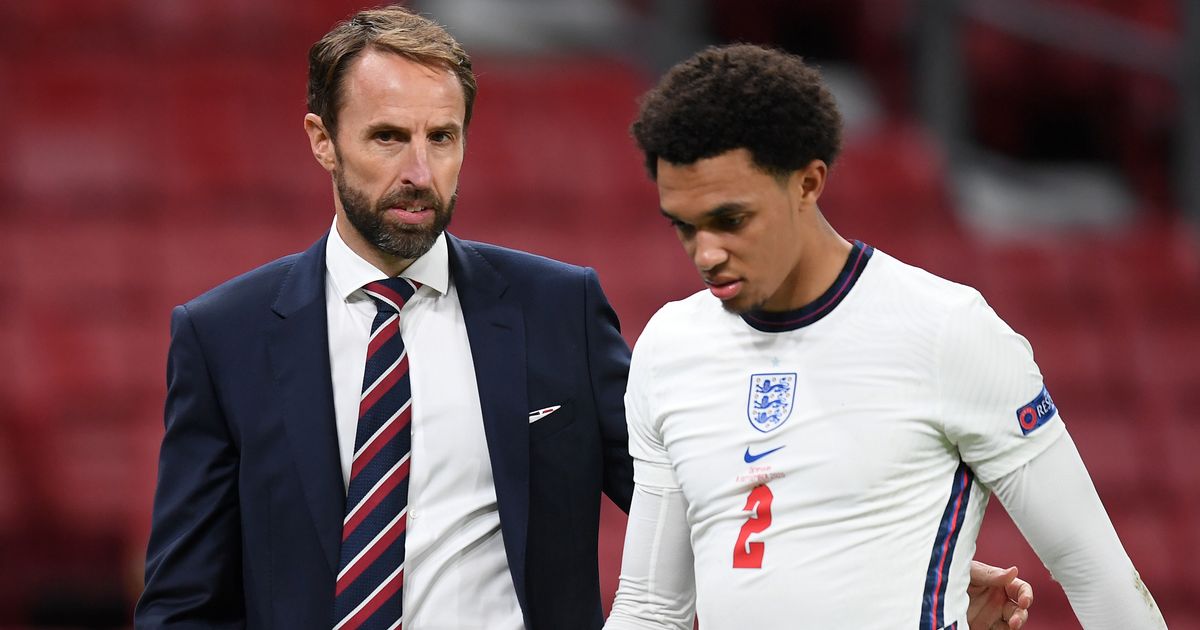 Gareth Southgate has already started warning some of his fringe players they are set to miss the Euros.

In a series of honest and up front face-to-face conversations, the England boss spent this week spelling out who’s likely to make the finals – and who isn’t.

And he revealed he will carry on delivering some “difficult messages” over the next few weeks before he names his final 23-man squad next month.

Southgate said: “I’ve spoken to quite a few already this week and I will do over the next couple of weeks, so that they know exactly where they sit.

“I think that’s helpful. You’ve got to manage expectations and have some reality about what they might need to do between now and the end of the season.

“That of course is a difficult message, very difficult, and nobody looks forward to that.

“But it’s worse for those receiving it than it is for those giving it, so you’ve got to have that empathy with how the players are feeling.”

Players like Trent Alexander-Arnold, Eric Dier, Tyrone Mings and the still injured Jordan Henderson are among the biggest names sweating on their places.

Wednesday’s 2-1 win over Poland was a last chance to impress before the June 1 deadline for Southgate to name his squad.

England play friendlies against Austria and Romania at the start of June before opening their finals campaign against Croatia on the 13th.

Southgate only took five forwards with him to the World Cup in a squad which featured nine defenders – but he suggested it could be very different this time.

“We’re a bit more fluid and adaptable now. We have younger options – lots more exciting young players and we’ve got to find a way of getting them into the squad.”