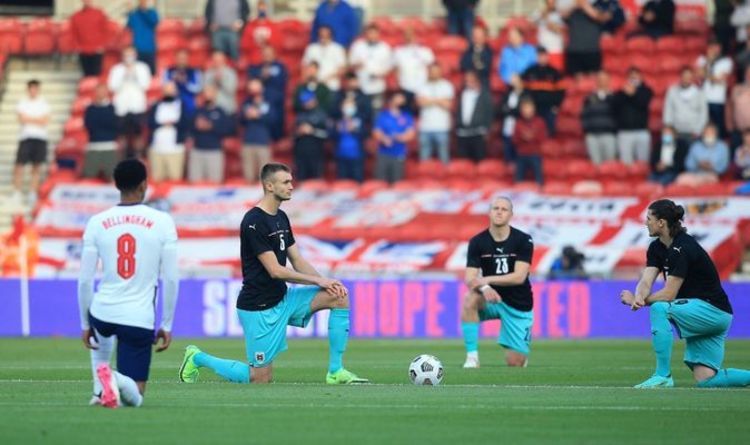 England’s players seemed shocked by the reaction when their now-commonplace gesture before kick-off was greeted by a loud chorus of boos from a large section of the socially-distanced Riverside.

The rest of the crowd eventually drowned out the response by cheering loudly.

However, the reaction was pointed enough for Gareth Southgate to call into question the effectiveness of the act in highlighting the “Black Lives Matter” movement.

In the Premier League, Wilfried Zaha has already rebelled against the practice, saying it had just become part of the pre-match routine without ending any of the abuse.

So on Saturday, when the players from the Champions League final join the rest of the England party ahead of the European Championships, reaching a collective decision within the camp will be on the agenda of the very first team meeting.

Southgate has always been guided on such issues by his players since their qualifier in Bulgaria in October 2019 twice had to be halted for racist chanting.

JUST IN:
Gareth Southgate to take his time over Alexander-Arnold replacement 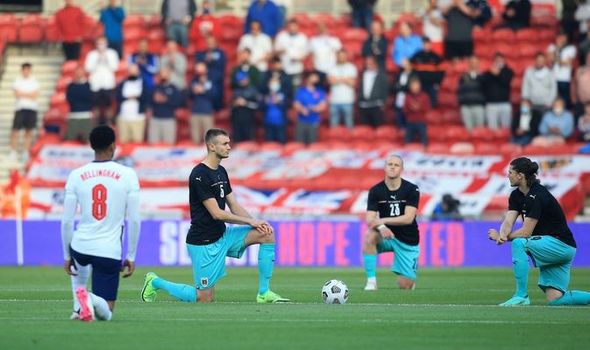 He has tended to use his “leadership group” – which includes Harry Kane, Jordan Henderson, Harry Maguire, Raheem Sterling and Tyrone Mings – as a sounding board before opening up the debate to the squad as a whole.

Now he feels it necessary to talk the matter through again after Wednesday night’s events.

“What has happened probably means I need to have another conversation with the players first and foremost because I need see how they feel about it,” he said.

“That’s an important discussion for us to have.

“I know there was some concern in the past in March that we were losing some of the impact so I think after what has happened we need to consider whether we continue to do the same thing or whether we do something different.

“I’m sure the players will have a really good view on that.”