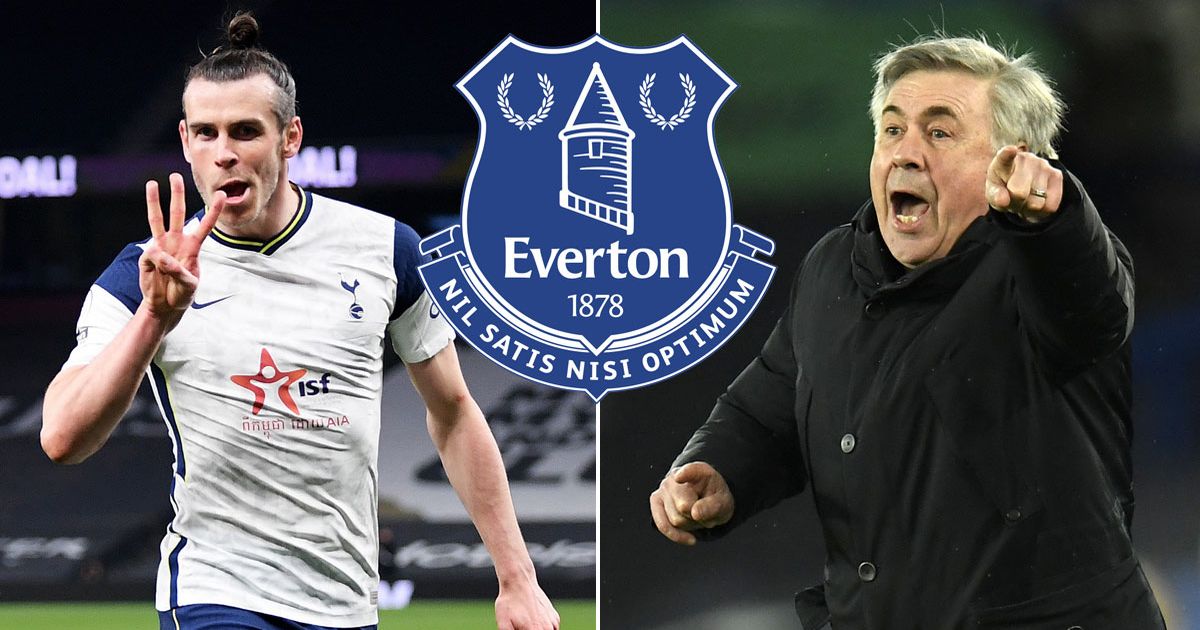 Everton manager Carlo Ancelotti is keen on bringing Gareth Bale to Goodison Park as he looks to repeat his James Rodriguez transfer masterstroke.

Ancelotti managed to sign Rodriguez from Real Madrid last summer, a deal which was widely regarded as one of the coups of the summer.

Similarly to the Colombian’s final months at the Bernabeu, Zinedine Zidane has no intention of using Bale, who has spent this season on loan with Tottenham.

Bale has endured an up-and-down campaign back in north London, finding minutes difficult to come by under Jose Mourinho.

However, since his dismissal, interim boss Ryan Mason has made him a pivotal part of the squad, with his faith instantly rewarded.

After scoring in Mason’s first Premier League game, Bale netted a stunning hat-trick during the 4-0 win over relegated Sheffield United.

The caretaker boss has admitted that talks over the Welshman’s future can wait until the end of the season, with Spurs still hoping to gatecrash the Premier League’s top-four.

“I think that is a conversation at the end of the season between Gareth, the club and his parent club but our main focus and priority should be the next game,” Mason said.

“It sounds a cliche but it is true. I am glad he is happy, he should be because he has another match ball to add to the collection. It was an excellent performance as well.

“The decision at the moment and the priority is Gareth is ready to train and he is happy in training. We have got another big week of training because we have got a massive game next weekend and hopefully we can have a happy Gareth next weekend.

“I thought he was outstanding. His goals were world-class. No one should have doubted that ability he has in the final third because he’s proved over a number of years that he’s one of the best in those moments.”

Should a Tottenham return not materialise, Spanish journalist Eduardo Idna claims Ancelotti has asked bosses to seal a deal for the 31-year-old.

“Ancelotti has asked for Bale, a player he always loved when they played together at Real Madrid. He wants to take him to Everton,” he explained on El Chiringuito (via Sport Witness).

He also claimed that the Toffees have no intention of paying a fee for the winger and would look to strike a similar arrangement that saw Rodriguez make the same journey last year.