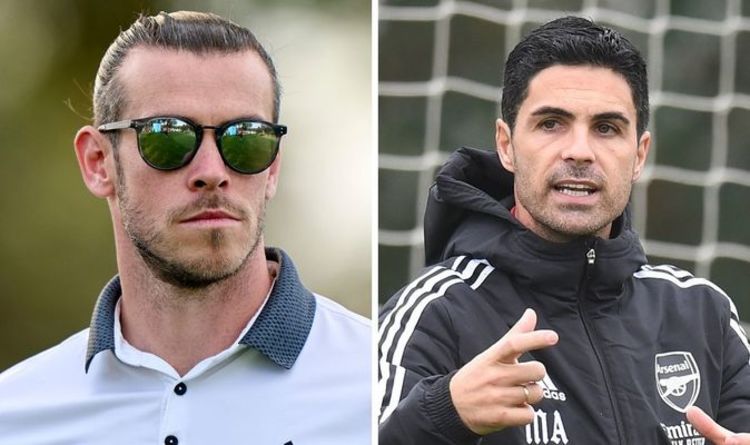 Arsenal are seemingly ready to offer Alexandre Lacazette in exchange for Gareth Bale in the January transfer window. According to Spanish outlet DefensaCentral, the Gunners have already sent their offer to Real.

Arsenal have already made it abundantly clear to Bale’s camp that he would need to significantly drop his wage demands.

But the report adds that Real have no interest in signing Lacazette, meaning Arsenal would need to fund a move for Bale another way.

The Wales international is out of contract next summer and Real would likely want to cash in before that deal expires.

If Arsenal do make a move though, Bale’s potential arrival would give Arteta some thinking to do on his current options.

Express Sport takes a look at three Arsenal players who may be affected by Arsenal moving for Bale.

JUST IN: Arsenal could have perfect Alexandre Lacazette swap deal in January

Still Arsenal’s record signing by some margin after the Gunners splashed out £72million back in 2019.

But Pepe has flattered to deceive during his two years in the Premier League and has fallen out of favour under Arteta in recent weeks.

Emile Smith Rowe and Bukayo Saka are ahead of him in the pecking order and Bale’s arrival would only push him down even further.

Arsenal would have to accept a massive hit on the £72m they paid to sign Pepe though.

Arteta stated this week that he currently has no plans to sent Martinelli out on loan in January, but that could change if they moved for Bale.

The talented Brazilian forward is tipped for a bright future at the Emirates, but he’s still working up to full match fitness following his long injury lay-off last season.

Like Pepe, Martinelli is struggling to push Smith Rowe and Saka out the starting line-up and no European football means less games for Martinelli to feature in.

A loan move for the second half of the season may well do him some good if Bale arrives in north London.

Traditionally a striker, Nketiah’s only appearance this season came out wide in the Carabao Cup third-round win over AFC Wimbledon last month.

He capped a strong performance with a fine finish, but hasn’t featured in any matchday squad this season.

The 22-year-old was strongly linked with a move away from the Emirates in the summer, but no move materialised.

If Arsenal were to bolster their options in the attacking positions though then Nketiah may well be one of the first to depart.