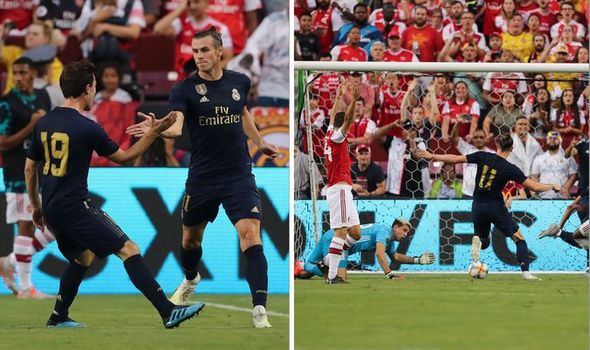 In a wild first hour of the game in America, four goals were scored, both teams had a player sent off, and Marco Asensio suffered what appeared to be a serious injury.

Arsenal got off to a dream start in Washington, with Alexandre Lacazette and Pierre-Emerick Aubameyang scoring twice in the first 24 minutes to give the Gunners a 2-0 lead.

At half-time, Gareth Bale came off the bench to make his first appearance since his public spat with manager Zinedine Zidane.

The Welsh winger had an immediate impact, scoring Madrid’s first goal in a quickfire comeback.

After a goalmouth scramble between Asensio and Arsenal goalkeeper Emiliano Martinez, Bale then poked the ball home to give Madrid a footing in the match.

Bale’s celebration – or lack of – caught a lot of attention, as he chose to simply jog back to the halfway line without cracking a smile.

The Welshman is expected to leave Madrid this summer, after a hefty falling-out with Zidane. 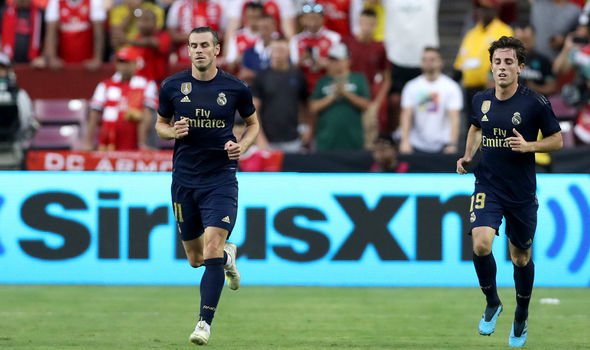 The French legend claims Bale refused to play against Bayern Munich on Saturday over growing uncertainty surrounding his future.

Zidane declared that Madrid were trying to find a way out of the club for Bale.

With the winger currently earning £600,000-per-week, however, he has no intentions of leaving, and is more than happy to sit out the remaining three years of his contract.

However, reports suggest that he has been offered a staggering £1million-per-week offer from a side in the Chinese Premier League. 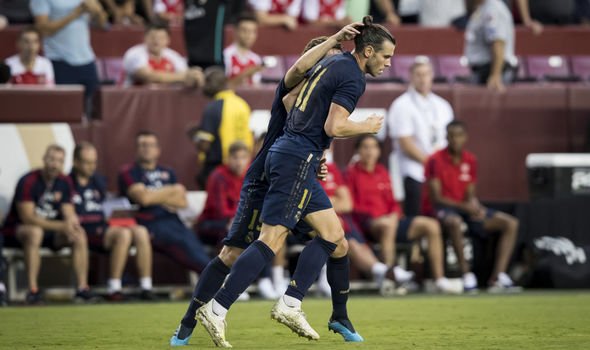 Bale apparently wants to stay in Madrid because he and his family are settled in the Spanish capital, and requires a pay rise in order to leave.

His agent, Jonathan Barnett, also confirmed that he will refuse to leave the club on loan.

“There will be no makeshift deals to get him out of the club,” Barnett said.

“Gareth is one of the best players on the planet.

“I can guarantee you he will not be going on loan to any club.”