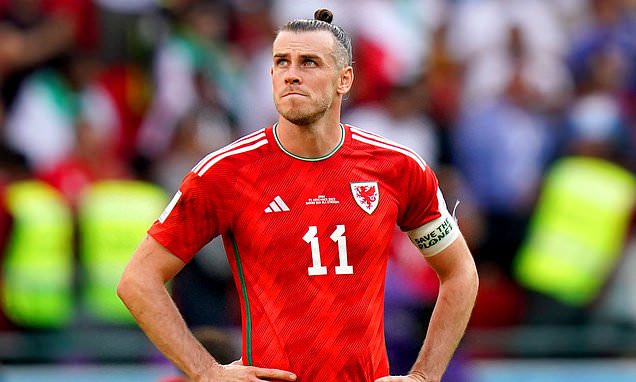 Gareth Bale has expressed his disappointment as Wales fell to a late defeat against Iran.

After Wayne Hennessey was sent off for racing out of his goal and colliding with Mehdi Taremi, Iran scored twice deep into injury time to secure a vital three points and move to second place in Group B.

Rob Page’s side came into the fixture needing a result to ensure that their hopes of progressing past the group stage did not rely on a win over England on Tuesday. 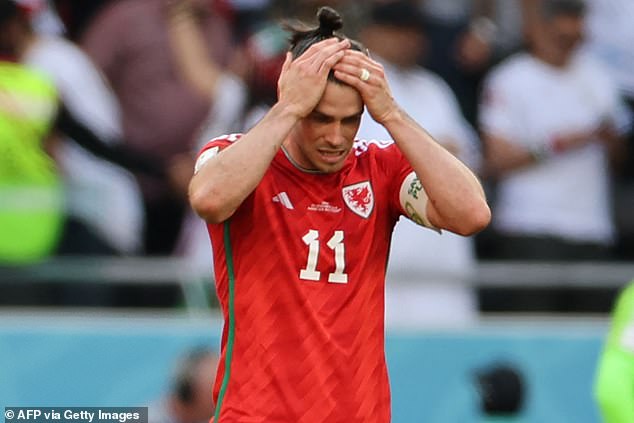 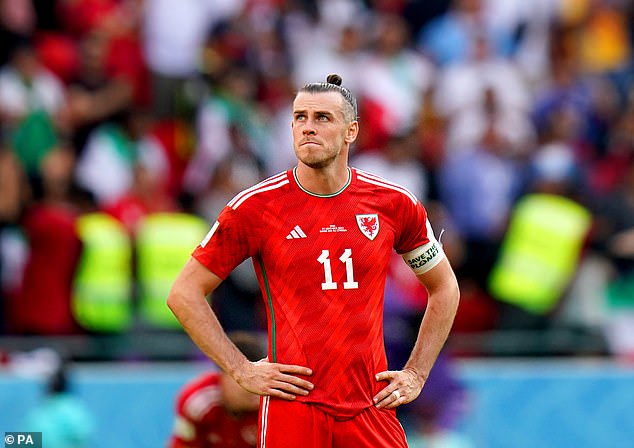 Speaking immediately following the game, the Wales captain could not hide his dismay with the result.

‘It’s gutting. There’s no other way to say it. We fought until the last second, it’s difficult to take but we have to recover and try and go again.

‘We are all gutted. We have to pick ourselves up straight away, it’s going to be difficult but we have to be positive.

Asked whether they can still progress in the competition given that they will need to defeat Gareth Southgate’s side, and likely hope other results go their way, the 33-year-old acknowledged the difficulty of the task at hand.

‘It’s going to be difficult for sure. It depends on the other game, but we’ll see. The red card changes the game completely. We let the first one in, and the second one doesn’t matter. We recover and we go again.’ 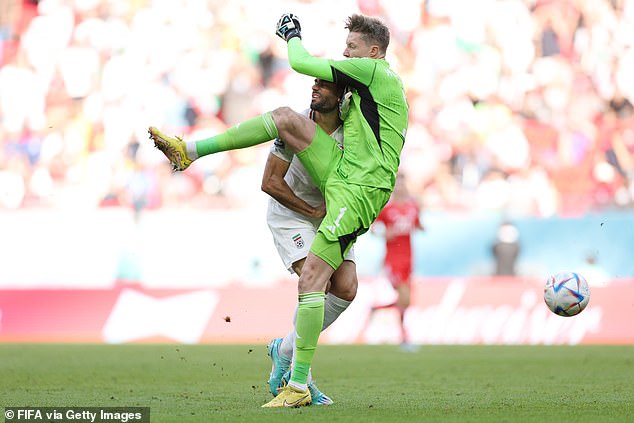 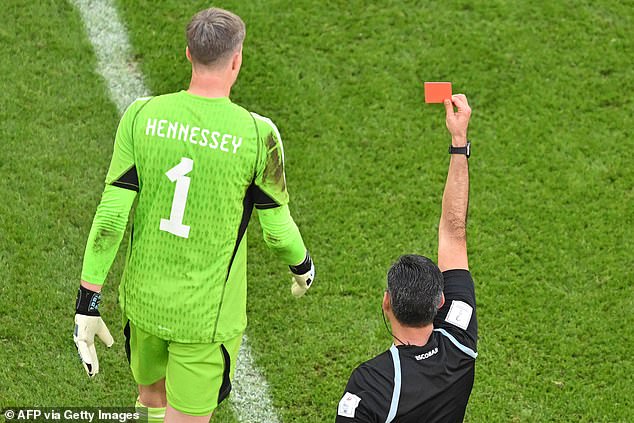 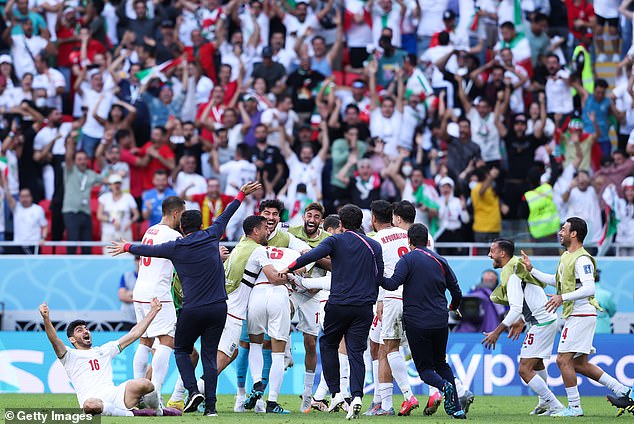 With Wales forced to go on with ten men, Iran capitalised on their advantage and scored through Rouzbeh Cheshmi 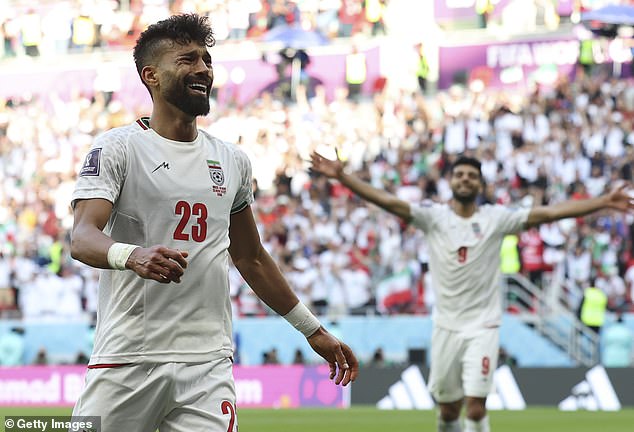 After a largely back-and-forth first 45 minutes, Carlos Queiroz’s side came out stronger after the interval and forced Wales to defend resolutely.

The game’s turning point would come when goalkeeper Hennessey became just the third stopper ever to receive a red card at a World Cup finals.

With Aaron Ramsey subbed off to make way for Danny Ward on 86 minutes, Page’s side faced an uphill battle to get the result they needed, and Iran capitalised on their advantage.

Rouzbeh Cheshmi broke the deadlock eight minutes into added time before Ramin Rezaeian added a second just before the final whistle to put the result beyond doubt.