‘We must wake up’: Fulham manager Slavisa Jokanovic calls upon players to put in more effort as Premier League’s bottom side prepare to face Liverpool

Slavisa Jokanovic has accused his Fulham players of lacking fight and effort as they head to Liverpool attempting to rescue their season.

The manager, 50, remains under intense pressure after their worst result of a disappointing start to 2018/19 came in Monday’s 1-0 defeat by Huddersfield, since when club coach Scott Parker has been linked with his position.

While Jokanovic dismissed those reports as ‘speculation’ he recognises his team need to vastly improve if they are to survive, unexpectedly criticising them and demanding they do not throw away in a matter of months the Premier League status that took years to secure. 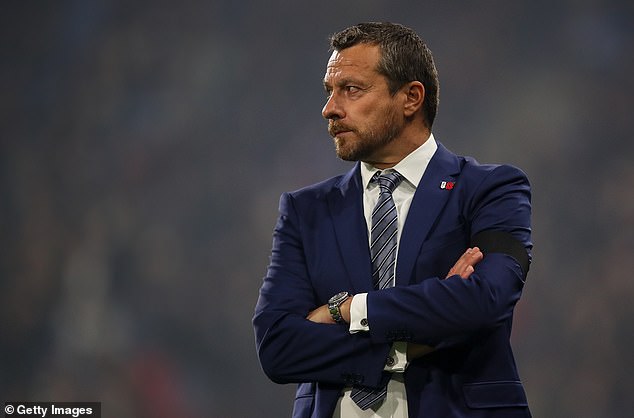 ‘We chose an ugly way to lose the game,’ he said. ‘You must be proud, competitive and fight at the last moment and make extra effort.

‘We are right now not showing this quality or effort, we must wake up and when we lose the game we must know how we lost it; we cannot sell our skin so cheap.

‘A few times before games I say my team is ready for the fight, but are not showing effort or ambition and we must change this.

‘We must accept this situation and go outside our comfort zone, because this didn’t bring us a good result. 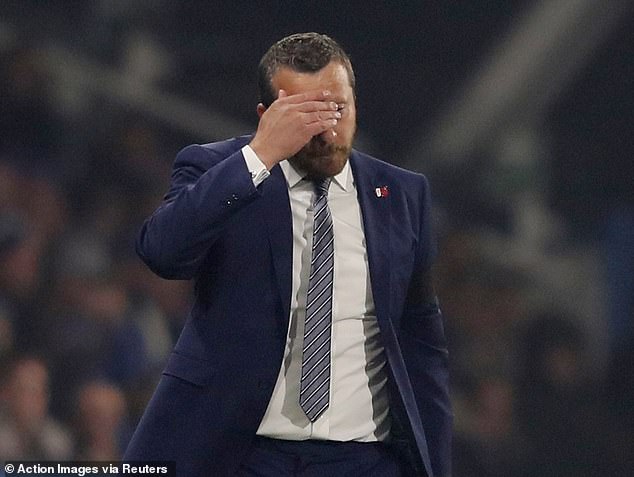 ‘We must shake our hands, push harder; I don’t believe this is impossible.

‘Behind us is a long two and a half years, to give up after a few months; I will repeat, (the) battle will be tough, we will be strong. It’s the start of the battle; we didn’t show enough power or weapons and we must change this.

‘We must make people around us proud. When we lose people can go home satisfied but right now we’re not offering that.’

Despite Liverpool’s similarly disappointing 2-0 defeat at Red Star Belgrade, Jurgen Klopp’s team will on Sunday pose a significant threat to Fulham’s hopes of arresting their slide.

Jokanovic remains without the injured Joe Bryan and Kevin McDonald, and he said of their trip to Anfield: ‘Liverpool are coming from a defeat and are hurt; we are hurt more than Liverpool and they will show some different imagination than the last game.

‘We need to be more motivated and be ready for a fight, be ready for battle, don’t give up and in our plans there exists a way to win the points.

‘The result is more important and points, but if you are not available and don’t catch this level, there exists a way to lose the points.

‘If we are confused, scared and play like kids, it’s not easy.

‘(Huddersfield) were always more strong than us; the effort wasn’t strong enough.

‘We didn’t make enough effort; normally you lose the game and this defeat is ugly, because we can do more things.’