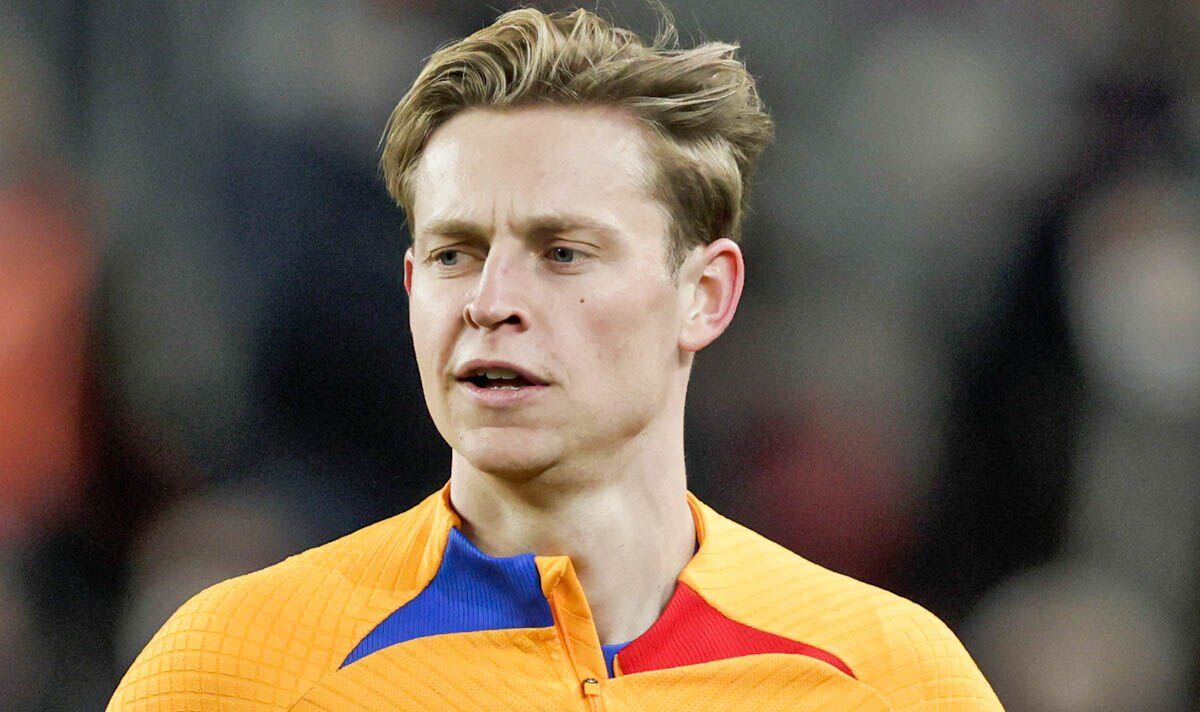 Frenkie de Jong WILL become Manchester United’s first signing of the Erik ten Hag era, it has been claimed. Conflicting reports have surfaced about the Barcelona star over the past 24 hours. But talk of a move to Old Trafford in this summer’s transfer window is gathering momentum.

On Wednesday night, it was claimed that a deal to take De Jong to United in this summer’s transfer window was ’95 per cent done’.

And, now, Gerard Romero has insisted on Twitch that the Netherlands international will indeed become the club’s first signing.

What’s more, John Murtough is said to have driven the deal after being in talks with Barcelona ‘for months’.

“John Murtough has been speaking to Barca for months now,” he said on the platform.

It was Romero who, on Wednesday night, claimed a deal to take De Jong to United was moving with speed.

And that he’s now doubled down on his previous comments suggests the Red Devils are genuinely close to snapping him up.

Other reports have said De Jong is interested in a move to United.

Yet some have also suggested his preference would be to stay at Barcelona, where he’s been ever since leaving Ajax three years ago.

It’s also been mooted that De Jong would only leave Barcelona for a team playing in the Champions League as well, a tournament United won’t be in next term following their dire season under Ole Gunnar Solskjaer and Ralf Rangnick.

But, in the past, United have still been able to secure big-name arrivals without having Champions League football to offer.

In 2014, after toiling under David Moyes, Ed Woodward wanted the club to bounce back.

And United then proceeded to land Angel Di Maria, who left Real Madrid just months after playing a key role as they won the Champions League.

Two years later, at the start of the Jose Mourinho era, United beat Los Blancos to the signing of Paul Pogba from Juventus.

And, in 2019, Solskjaer was able to bring in the likes of Aaron Wan-Bissaka, Harry Maguire and Daniel James despite the team finishing sixth in the table.

For the latest news and breaking news visit:/sport