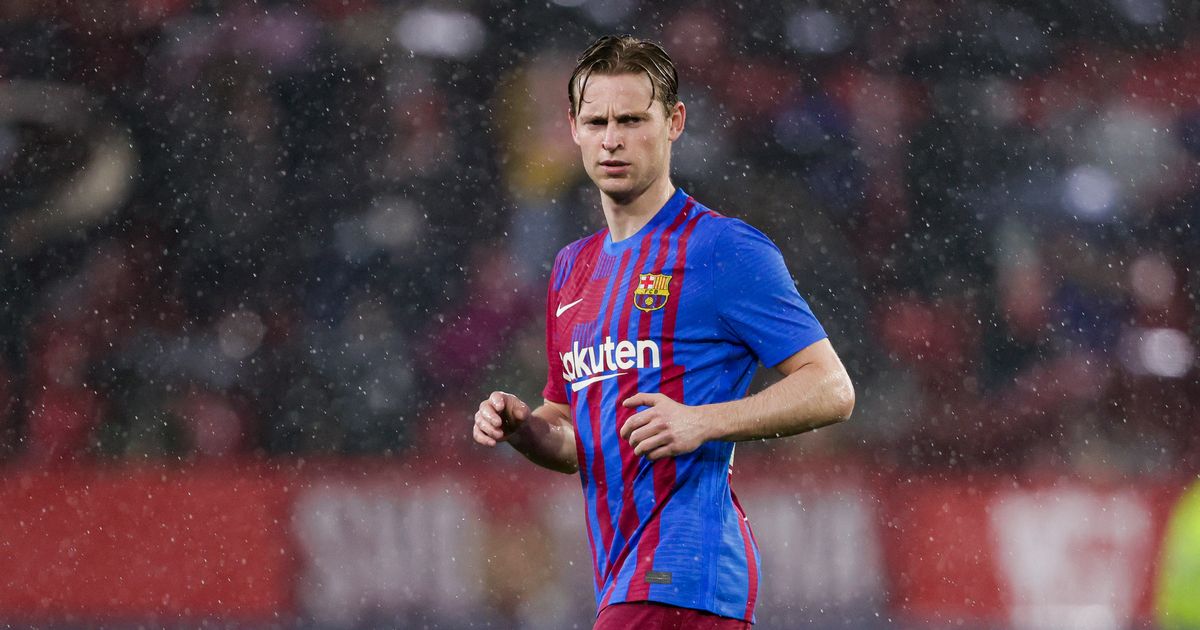 Frenkie de Jong admitted he would sign a six-year contract at Barcelona before being linked with a move to Manchester United.

The Dutch midfielder has emerged as one of Erik ten Hag's top targets ahead of his first transfer window at Old Trafford, as he eyes a reunion with the former Ajax man. De Jong and Ten Hag won a league and cup double together in Amsterdam prior to the former's £77.4million move to Barcelona in 2019.

Prior to United's reported interest, German giants Bayern Munich were also linked with a summer move to sign the 25-year-old back in March.

Responding to the rumours, De Jong told Ziggo Sport: "I love being at Barcelona. I'd probably sign a six-year contract extension if they'd propose me, yes. Something happening with FC Bayern? No, no. I am so happy at Barcelona and I would love to play here for as long as possible."

Just two months on, De Jong is again being linked with a move away from the Nou Camp, with Barca said to be willing to listen to offers for the midfielder when the window opens.

The Red Devils are currently understood to be at the front of the queue to sign De Jong, as incoming boss Ten Hag eyes a reunion with his former star player.

Where will Man Utd finish next season? Let us know your thoughts in the comments section below

De Jong made 59 appearances under Ten Hag, winning both the Eredivisie and the Dutch Cup during a breakout 2018/19 season which also included a run to the last four of the Champions League.

United's local rivals Manchester City have also been linked with De Jong in recent weeks, whilst French champions Paris Saint-Germain have also previously held a reported interest. The Dutchman's current Barca deal still has four years remaining on it before it is set to expire in the summer of 2026, having signed an extension on his initial deal in October 2020.

He has made 45 appearances in the centre of midfield this season, providing five assists for his team-mates and scoring four goals of his own, with Xavi's side currently second in La Liga.