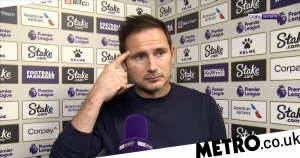 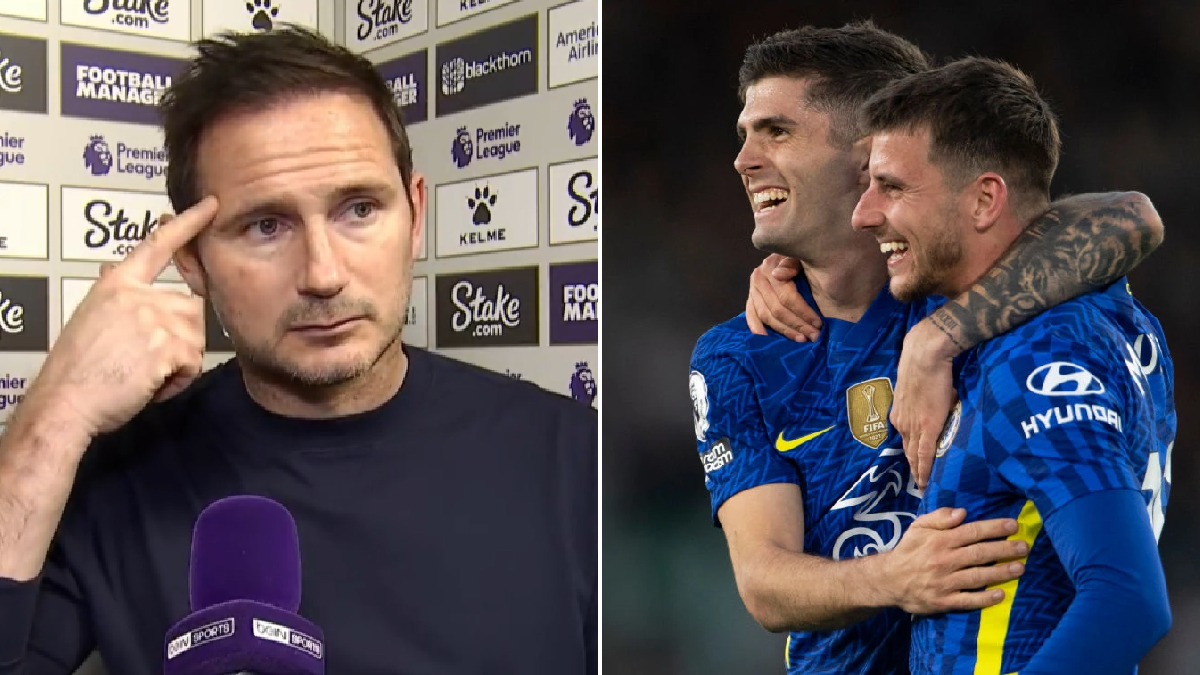 Mount produced a superb performance at Elland Road on Wednesday night, scoring and making an assist as Chelsea sealed a 3-0 win to pile the misery on Jesse Marsch’s side.

While Chelsea were fully focused on moving a step closer to Champions League qualification, their victory certainly helped former manager and club legend Lampard, who is trying to prevent Everton from being relegated to the Championship.

With Norwich City and Watford already down, Leeds are currently in the final relegation spot but could still catch 17th-placed Burnley and 16th-placed Everton with two games remaining.

Speaking after Everton’s goalless draw with Watford, Lampard was asked about Chelsea’s victory over Leeds United and told beIN SPORTS: ‘It was useful, it was.

‘I’ll send him [Mason Mount] a message later of thanks. Those things are out of your hands but Mason’s a fantastic player and I’m pleased for him that he’s getting those numbers because he is a player of such a high level and those numbers reflect it.

‘It’s brilliant for him and Chelsea did us a favour getting that result, but we have to make sure we do our own thing to get this over the line.’

‘We were very focused,’ he said. ‘Even against 11 players we were clearly the better team,’ Tuchel said. ‘I felt the team were very committed, focused and calm. I had a good feeling.

‘I was happy with how we played and how the players reacted after Saturday’s late equaliser. We trusted ourselves but it was necessary to clear the air and refocus.

‘The level of discipline and coverage in the defensive approach, we were more careful than the last game. We took care that we have a clean sheet.’