Frank Lampard never expected this season to be “plain sailing” but insists his new-look Chelsea squad must stay mentally strong during a “difficult little period”.

Chelsea’s 3-1 loss at Arsenal on Boxing Day was their third consecutive away defeat in the Premier League this season.

Lampard’s side were unbeaten in their first five away league games this term, keeping three clean sheets, but their recent poor form on the road continued against a Gunners team who went into the match in 15th place and without a Premier League win since November 1.

Chelsea spent over £200m in the summer transfer window on new signings and despite putting together a nine-match unbeaten streak before losing to Everton earlier this month, Lampard insists it was always going to take time for his squad to gel properly.

Get a Sky Sports Pass for just £25 a month

“I didn’t think this season was ever going to be plain sailing and winning every week. We got confident when we got into a position where we were not losing games and winning a lot of games, and things are pretty easy at that point.

“When you lose a couple of games they become much tougher and the only way out of it is to fight and to work hard, so that’s what I will be instilling in the players because it’s the only way you get out of what is a difficult little period for us.

“It’s a case of staying mentally strong and bringing back the good basics to get you on that run, because we have a talented squad.

“The few defeats we’ve had recently are because we dropped off, the players have dropped off a level and my job is to pick it back up.”

Lampard not surprised by Villa form

Chelsea return to Stamford Bridge on Monday to face an in-form Aston Villa who are unbeaten in four Premier League matches.

Dean Smith’s side have kept clean sheets in all of those games, and Lampard believes his former Chelsea team-mate John Terry is a reason for Villa’s improving defensive displays. 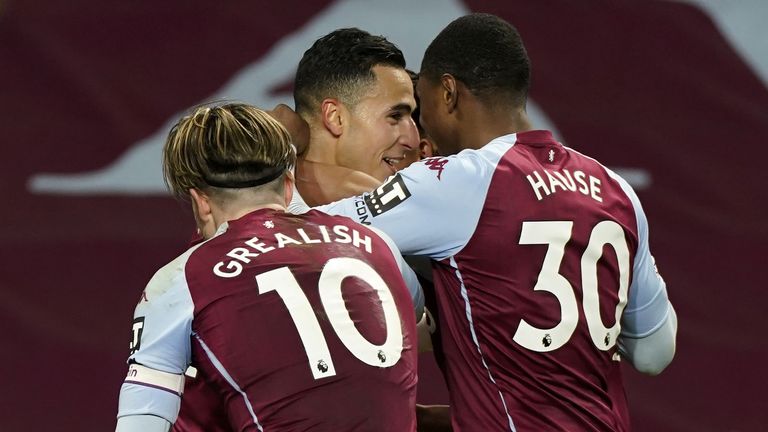 “I’m sure John has an influence because in my opinion he’s one of the greatest centre-backs to have played in the Premier League and for England,” Lampard said.

“He has an absolute wealth of knowledge of the game so he will be invaluable to Dean Smith and all the staff. Obviously the team are working hard and you’ve seen a real big uplift in them, and I’m sure there’s a lot of work behind the scenes through John and all the staff there.

“They’re a good team with very good individual players. They’ve obviously added to their squad in a very good way in the off-season. Good manager, good coaches, good players that are playing well.

“They’re having a really good time at the moment, so I’m not completely surprised by it and it’s obviously going to be a tough match.”

The £1,000,000 returns for Boxing Day. Enter your predictions for free and you could become a millionaire!