‘I was keen for him to have it’: Frank Lampard reveals he phoned Christian Pulisic to offer him the coveted No 10 shirt at Chelsea after impressive debut campaign at Stamford Bridge

But following Willian’s departure to Arsenal this summer, Lampard reveals that it was only right that the 21-year-old was given the number after scoring 11 goals in his debut season in west London. 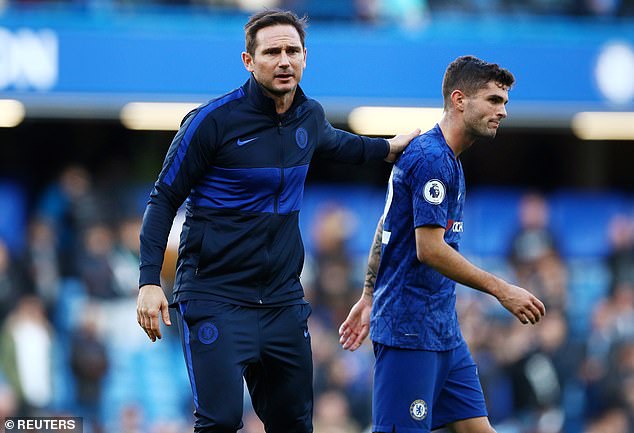 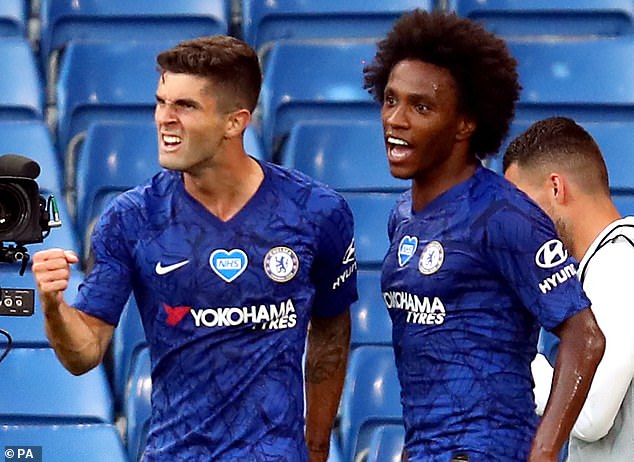 The Chelsea boss told NBC’s Inside the Mind show: ‘I wanted him to have it because I felt like he deserved it and he wanted it.

‘He came last year and Willian was almost the man in waiting at the club to take the No.10 shirt and I think it was right he took it with his experience.

‘When it became open I think what Christian delivered in his first year more than warranted that he gets the shirt and what it means.’

Pulisic, who joined the Blues last summer following a £58million transfer fee from Borussia Dortmund, helped Chelsea finish in the top-four once again this season and also netted in their FA Cup final defeat to Arsenal. 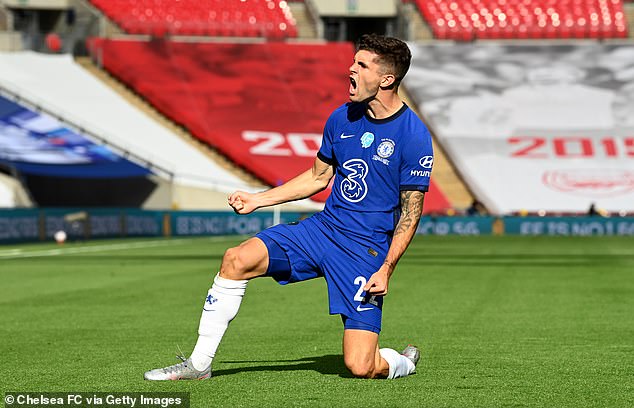 Pulisic scored 11 goals for Chelsea last season, including one in the FA Cup final loss to Arsenal

He is expected to be part of an exciting attack for Chelsea which includes new boys Timo Werner, Kai Havertz and Hakim Ziyech along with last year’s stars such as Mason Mount and Tammy Abraham.

Lampard admitted that he called Pulisic personally to tell him the news regarding his squad number, with the Blues head coach claiming the player understands the responsibility of the number 10 shirt.

He added: ‘I know it means a lot and there will be a few in that line to try and have that shirt but I was keen for him to have it and very pleased to actually make the call. 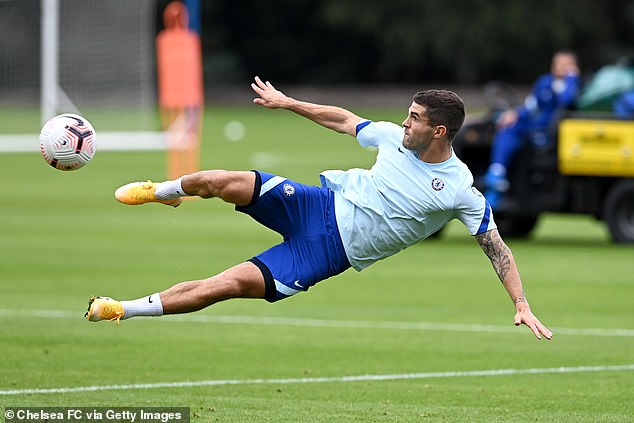 ‘I called him, as he was home at the time, and I could sense he was happy and I get the sense now it’s another little push up for him where he can hopefully feel confident that he’s here, he’s number 10, the responsibilities that come with that and I’ve got no worries with Christian.

‘As I say, he’s hungry and the only thing we have to continue to do is manage him because he’s so fast and the way he plays, we have to manage and try to come away from those big injuries he had last year.

‘That’s something we’re working on. We all know what a fit Christian Pulisic can do.’

Pulisic could make his debut in the number 10 shirt when the Blues travel to Brighton for their first Premier League match of the season on Monday evening.