Against a backdrop of a scarcely believable injury list, rows over image rights and rumoured personal battles this united France squad stand on the cusp of history… as William Saliba credits Didier Deschamps for harnessing a positive team environment

Peace has broken out in the France World Cup camp as pre-tournament discontent has given away to harmony, comradeship and a sense of joie de vivre as the reigning champions look to defend their trophy.

Horrendous injury problems, rows over image rights and alleged personal disagreements have subsided and manager Didier Deschamps is now in charge of a squad at one with each other as he prepares them for their last-16 clash against Poland on Sunday.

Arsenal defender William Saliba was just 10 when his country’s 2010 squad went on strike under manager Raymond Domenech, so only knows life under a Deschamps regime that has France second favourites to lift the trophy behind Brazil. 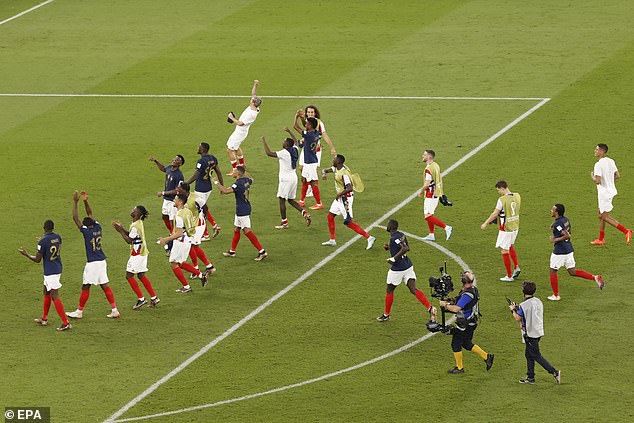 The outstanding young central defender has had to adjust to not being an automatic starter in Qatar, but is ready when his country needs him.

He said: ‘We have a great group life in the squad. Everybody gets on and everything counts – not just when we are playing on pitch. We have been together for three weeks and how we are off the pitch counts for when we are on it.

‘I am not disappointed to be a substitute. It is my first World cup. I am just 21 and young. All players want to start, but it is not possible so I just have to be ready if the coach calls upon me again. 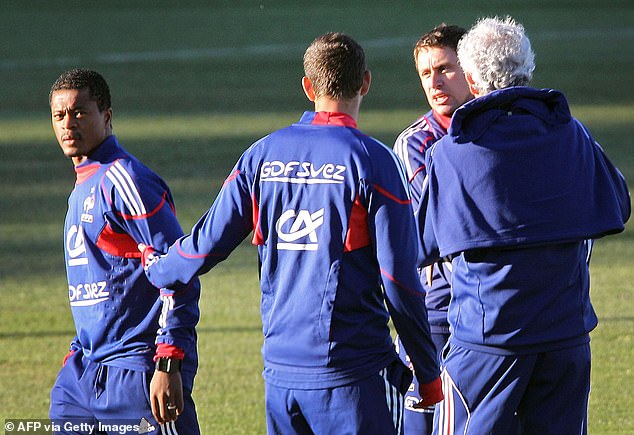 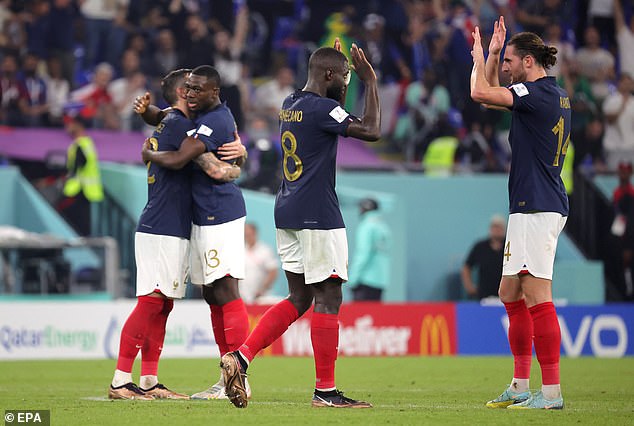 ‘The coach makes us all feel involved. There are 25 of us here all hoping to get to the end of the tournament.

‘For me, the important players are the older players, the ones who been here the longest time. They give players just arriving at their first World Cup, like me, a lot of advice.’

Antoine Griezmann, 31, is one of the World Cup stalwarts Saliba talks of. Qatar is his third finals and the man of the match from France’s final defeat of Croatia four years ago confirmed he at peace off and on the pitch too. 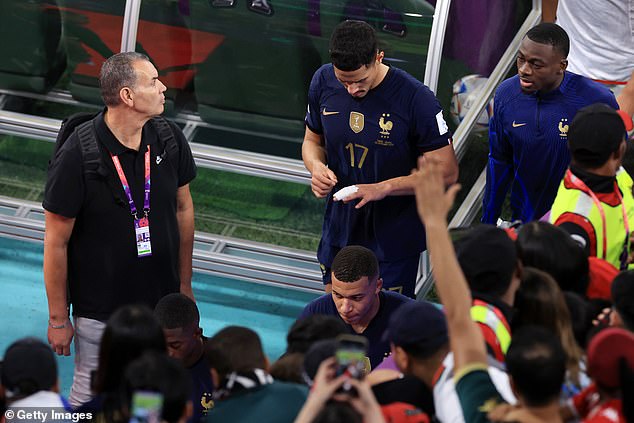 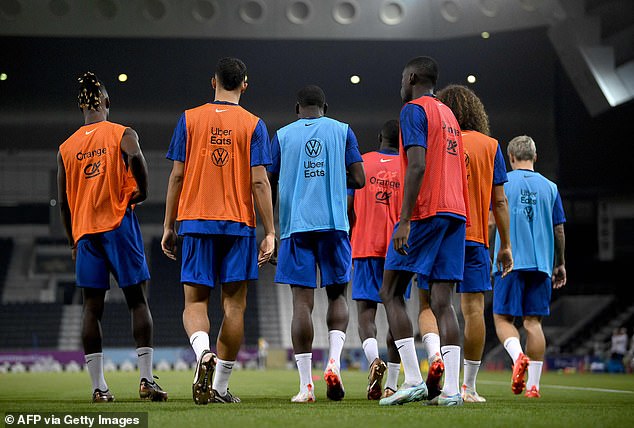 Re-settled at Atletico Madrid after a testing time at Barcelona, he credits Deschamps as the man with the plan.

The forward explained: ‘Our coach believes in us being a group, being a team. It is up to us to have that mentality off and on the pitch.

‘We are on the right path. We are a group that lives well together. I can see it in training too. Everyone gives 100 per cent and we have the perfect set up to take us as far as possible.

‘My joie de vivre? Physically, I feel good and I have no problems in my personal life.

‘I have known difficult moments at Barcelona, for example, and even back at Atletico it was complicated at first.

‘Now I am finding my bearings off and on the pitch. I am fully confident with my club and the French national team. I like to be needed.’ 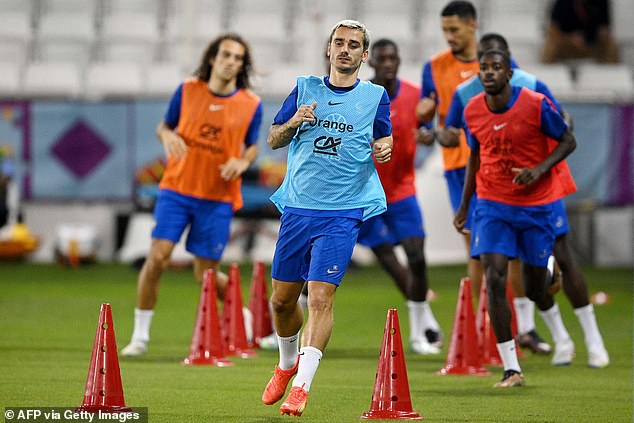