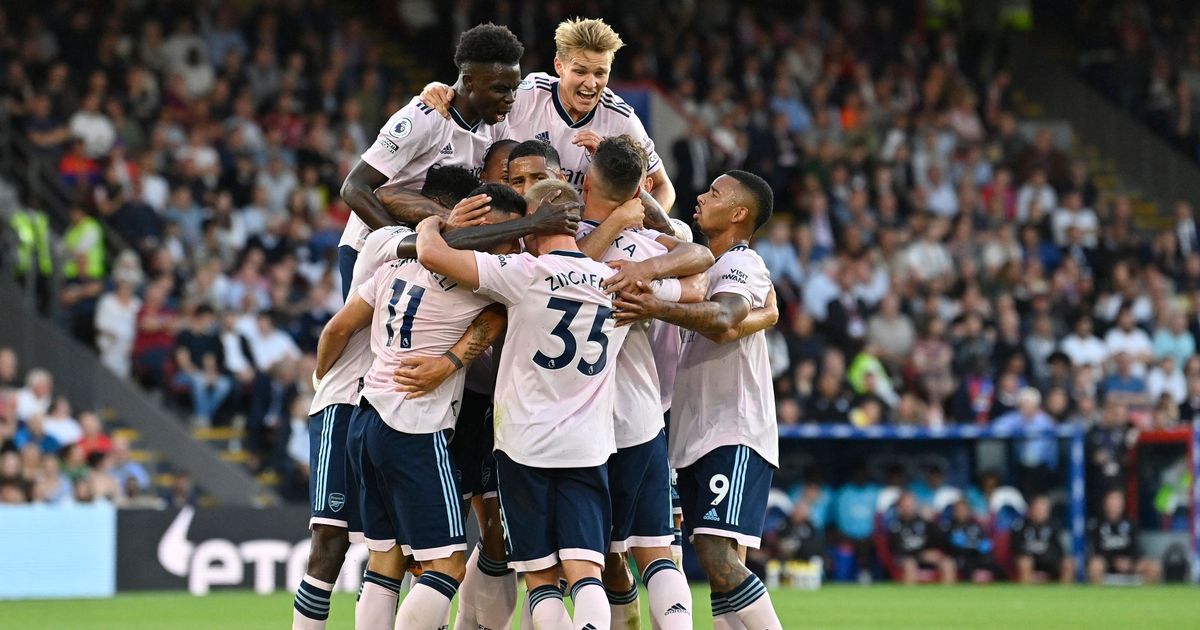 Arsenal manager Mikel Arteta will be like the cat who got the cream after watching his side cruise to an opening day 2-0 win over Crystal Palace at Selhurst Park.

The Gunners flew out of the blocks in south London and never looked like surrendering the lead after Gabriel Martinelli put them in front after 23 minutes. Bukayo Saka wrapped things up late on with a deflected cross that found the back of the net. Arsenal looked slick, solid and silky as they wrapped up their first three points in a season that they hope will end in Champions League football.

Daily Star Sport has run the rule over the Gunners' first game of the campaign and picked out four things that Arteta got right on a triumphant night in the capital.

Arteta had plenty of forward options available to him for the game against Palace. But the decision to go with Martinelli proved the right one as he ran the Eagles ragged during a dominant first half for the Gunners.

Forget his well-taken header. The Brazilian constantly found pockets of space, opening up the pitch for his team-mates and causing nightmares for the home defenders. He might have had a brace had he scored an easier effort earlier on in the game.

Martinelli has always threatened to be a key player for Arsenal. More performances like the one he put in on Friday night and there will be little doubt about his place in Arteta's hierarchy.

There's bedding in time for a new signing, and then there's William Saliba. Some 1106 after joining Arsenal from Saint-Etienne, Arteta finally entrusted the Frenchman with a place in his starting XI against Crystal Palace.

Saliba's patience and Arteta's trust was rewarded as the 21-year-old ace stole the show at centre-half, impressing alongside his more experienced colleagues Ben White and Gabriel.

Where White and Gabriel looked shaky and rash at times, Saliba was calmness personified. The former Saint-Etienne man looked cool, calm and collected on the ball and more than comfortable without it. If this is a taste of what is to come from Saliba, who also ranked highly for clearances and possession won, and claimed the man of the match award, then those three years of waiting might just end up being worth it.

Where do you think Arsenal will finish this season? Let us know in the comments section below.

Some supporters joked that Arsenal had signed Manchester City's cast-offs when Gabriel Jesus and Oleksandr Zinchenko arrived from the Etihad in the summer. Those supporters aren't laughing now.

The ex-City pair looked right at home in the pink of the Gunners, with both players contributing to the team's attacking threat. Jesus, in particular, warrants special praise for his dazzling run into the box after just three minutes which should have resulted in a goal, only for Martinelli to fire over.

Zinchenko provided the assist for Martinelli's opener later on and also had the most touches and created the most chances of anyone on the pitch in a memorable opening 45. On the evidence of what we saw at Selhurst Park, the pair look like very shrewd acquisitions at £77million combined.

Arteta raised a few eyebrows by handing Martin Odegaard the Arsenal captaincy. But the level-headed Norwegian took to his new role like a duck to water at Selhurst Park.

The 23-year-old isn't your typical leader, particularly at a club that boasts Patrick Vieira and Tony Adams as former skippers. Yet he brings a certain maturity and calmness to the role that is important in a team that, in the past, has gone off the rails mid-game.

The Gunners showed no sign of that former immaturity and rashness in south London as Odegaard guided them to their first three points of the season.