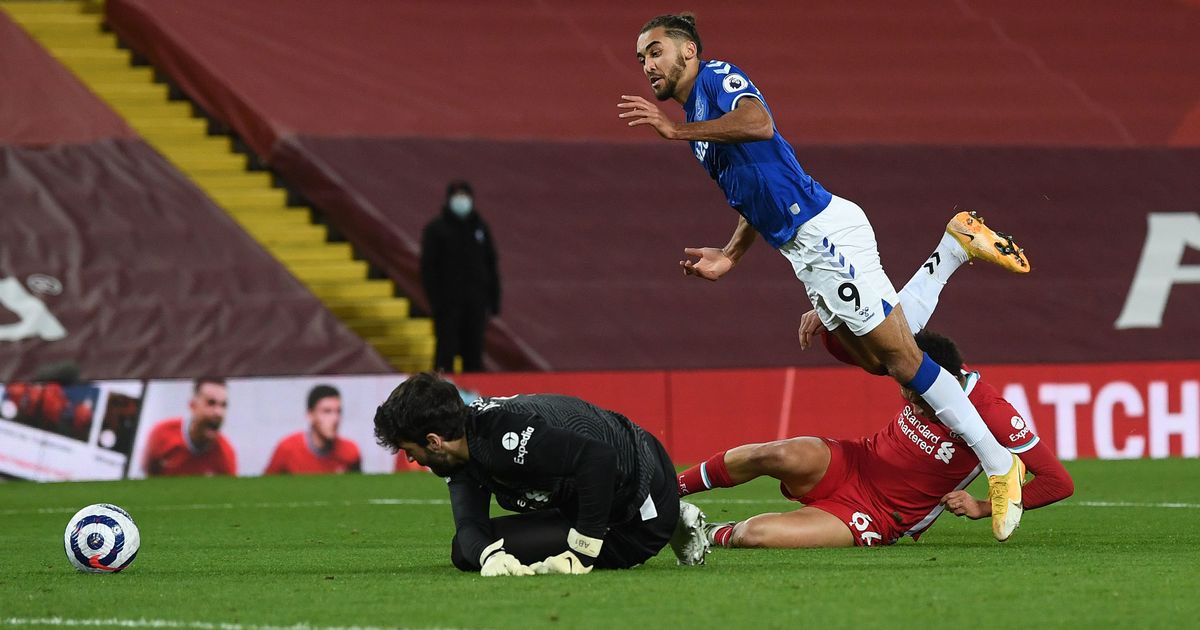 Former Premier League referee Mark Clattenburg has backed Chris Kavanagh for his penalty decision in Saturday's Merseyside derby – and explained why he was right not to show a red card.

Kavanagh was the designated official for the showdown at Anfield as Everton earned their first victory at the ground since 1999.

The Toffees looked good value for the win from as early as the third minute when Richarlison opened the scoring, before late controversy saw them awarded a spot kick.

Trent Alexander-Arnold was adjudged to have fouled Dominic Calvert-Lewin despite the Everton forward seemingly running into the back of the Liverpool defender who was sat on the floor.

Alexander-Arnold had made a desperate attempt to block Calvert-Lewin's shot – which was saved by Alisson – but eventually tripped his opponent accidentally on the follow through.

However, Clattenburg feels even if the contact made was accidental, by the letter of the law it was still a foul.

"Dominic Calvert-Lewin had an open goal, so there was no reason for him to dive. As he hurdled Trent Alexander-Arnold to get to the ball, the Liverpool full back lifted his head and created contact," he told The Mail .

"It was a penalty, but it was good to see common sense prevail and Alexander-Arnold avoid a red card.

Do you agree with Clattenburg's verdict? Have your say below.

"The 22-year-old could have been dismissed for the denial of an obvious goalscoring opportunity with no attempt to play the ball, if referee Chris Kavanagh had followed the same principles which saw David Luiz shown red at Wolves."

Arsenal defender Luiz was given his marching orders earlier this month after a seemingly innocuous trip on Wolves' striker Willian Jose when he was merely trying to get back into position.

Clattenburg added: "Kavanagh applied the spirit of the law and decided not to further punish Liverpool.

"To avoid any more incorrect reds like the one for Luiz, the law should be changed."