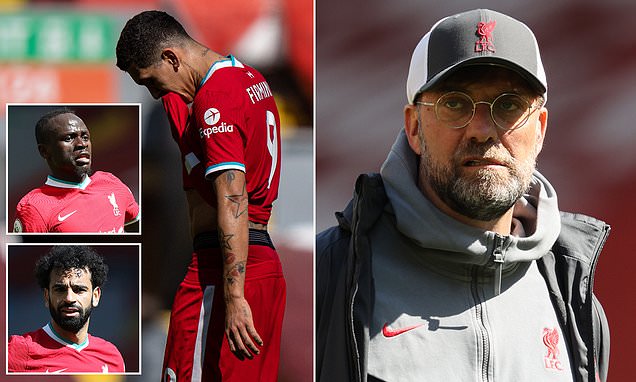 Forget the defence, it’s the flat forwards that are to blame for Liverpool’s struggles… Jurgen Klopp’s side have the worst conversion rate at home in the Premier League this year, as wastefulness costs them against Newcastle

Shortly before kick-off at Anfield, the television cameras homed in on two figures chatting near the stadium tunnel.

Injured skipper Jordan Henderson was chewing the fat with Virgil van Dijk when the defender delivered a salute down the lens.

Ninety minutes later – as Liverpool ceded control to Newcastle and eventually blew a hole in their own top-four hopes – the shadow of their defensive general loomed large once more. So goes one of football’s oldest truisms: a player is never more valuable than when they are injured. 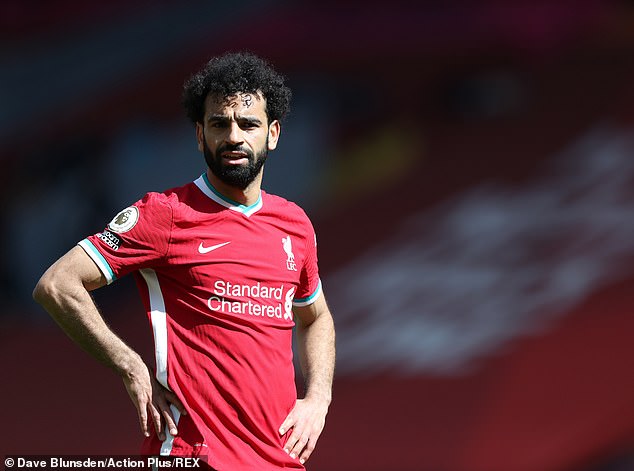 But the worry for Jurgen Klopp and Liverpool? The opposite is beginning to ring true at the other end, too.

Between them, Sadio Mane, Roberto Firmino and Mohamed Salah have missed just six Premier League games, and in recent months, repeated viewing has served only to expose quite how Liverpool’s attacking machine has malfunctioned. Particularly on home soil.

For so long the story of this stuttering Liverpool season has centred on how defensive absentees have derailed Klopp’s side. Now, though, profligate forwards appear the biggest threat to their top-four hopes. They are four points behind Chelsea and Klopp admitted: ‘If we don’t finish games like this off, why should you play Champions League? We want to deserve the Champions League, we don’t want to be cheeky and come in somehow.’ Are you listening, John W Henry?

With five games to go, Liverpool’s goal tally is 55. At this point last season, they had 72. Were it not for Diogo Jota’s brilliant first season, the drop-off would be even more stark: Mane’s goal against Leeds last week was his first in the league since January; Firmino hasn’t netted at all since then. Even Jota’s form has dipped at the worst time – he has gone three league games without a goal for the first time in a Liverpool shirt. At least Salah is doing his bit.

His haul of 29 is more than double Liverpool’s next best (Mane, 13). Salah is also the first Liverpool striker to score 20 goals in three Premier League seasons and his early strike against Newcastle was stunning: in an instant, he held off Matt Ritchie, brought the ball down over his shoulder and lashed it home. 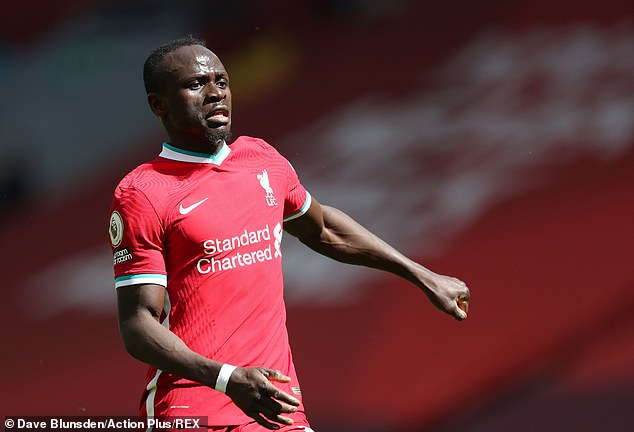 That should have sparked a procession. Klopp started all four forwards for only the third time and by the time Newcastle found the net twice in stoppage time, all four were guilty of wasting chances.

Liverpool had 69 per cent possession and 22 shots – even Crystal Palace weren’t so accommodating when shipping seven against Klopp’s side. Newcastle carried a threat, too, thanks to the charity of Liverpool’s makeshift high line. Not that it should have mattered.

‘There is nobody else to blame but ourselves,’ Klopp said. ‘The oldest and most important football rule is you better use your chances.’

It’s becoming something of a habit, particularly at home, particularly against the teams down the bottom. At Anfield, in the Premier League in 2021, 146 Liverpool shots have produced just four goals. Their conversion rate of 2.7 per cent is the worst in the division. Against Saturday night’s bottom six this season’s home record reads: played six, won one, drawn two, lost three. ‘That is absolutely obviously not OK,’ Klopp said.

In some ways, it’s remarkable Liverpool remain in the hunt given they earlier endured six successive home league defeats, their worst run ever. And now, their lingering wastefulness is exposing an increasingly brittle core – 15 points dropped from winning positions.

Again against Newcastle, they ceded the initiative. Klopp bemoaned how missed chances affected his players and suggested they have lost their knack of ‘fighting’ to maintain dominance. 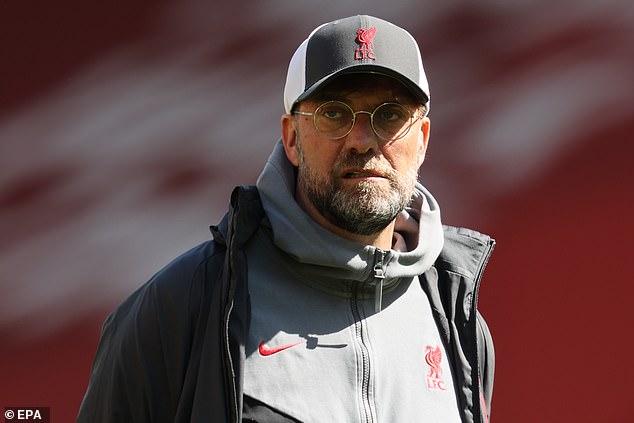 ‘When things go against us it doesn’t look like, “Now we strike back immediately”,’ he admitted.

So what can be done? To cure their ills in front of goal, Klopp insists: ‘There is only one way: to go again.’

Inevitably, though, eyes will look towards the summer transfer window and wonder: will Liverpool’s issues all be resolved by the return of Van Dijk and supporters?

They haven’t lost a league game in front of a full Anfield in four years. In 2021, only Fulham (four) have won fewer points on home soil.

‘The long-term solutions are fine, but the short term we have to think about and work on,’ Klopp added. ‘I know it’s not only because the season is over and some defenders come back we will all of a sudden play again but we have to become again a very, very tricky team to play against, an angry team in a positive football way.’