The coach was at a loss. He had tried everything that he could to ensure that his right-back never strayed further than 12 metres from the centre-back but the player could not take in the information. The two defenders were even training with a rubber band between them, but the gap continued to open up in games, and opponents succeeded in exploiting it.

“Nothing worked,” Ruben Saavedra tells Sky Sports. “Even when the player was shown videos, he would challenge the coach and disagree that he was over 12 metres away.”

That changed when Saavedra used tracking data to prove the point.

“We automated a visualisation – a line with the distance showing. If it was more than 12 metres, that line was red and he could see it. The coach told me, ‘Now, there is no dispute. I told you 12 metres and here you are, 12.2 metres.’ He could no longer argue.”

How about the example of the analyst at a top European club who was charged with manually recording the position of his team’s players during every throw-in situation.

“This analyst had to identify every throw-in and watch every clip. The coach had a specific way he wanted them to react. The analyst was having to decide – by eye – the positions of the players and select the ones that were positive and negative to feedback to the coach.

“Now he has a button that he can click for throw-ins. Within a minute, he can see every single one. If he sees a yellow square between the positions of the defenders, it means they did it right, according to the parameters of the coach. If it is red, they did it wrong.”

This is the level of detail now typical at top-level clubs thanks to the work of men like Saavedra, a Catalan with a PhD in neuroscience now bringing his expertise to football. Confirmed clients include Seattle Sounders, Santos and Nice, as well as Spain and Portugal. Barcelona are reportedly among another 80 clubs with whom he is working.

Not everyone appreciates his input. “I am the guy telling the coach when the player is doing something wrong. One player once turned to me and said: ‘So you are the policeman.'” 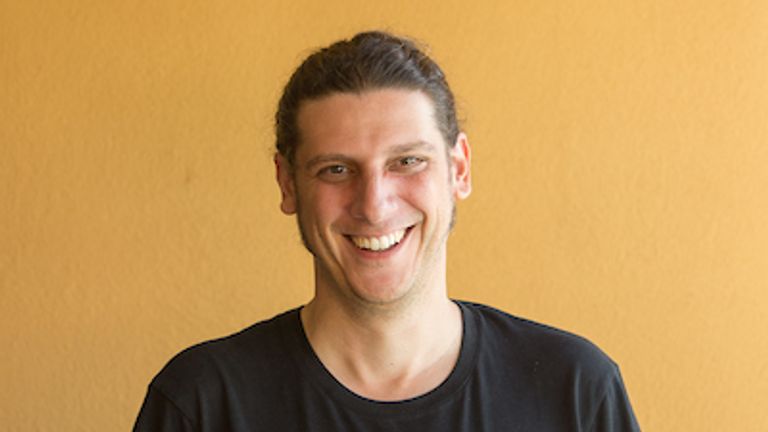 Saavedra’s next move, through the company that he co-founded, Metrica, could be his most significant yet. The plan is to open up a version of their video analysis tool to the masses so that tracking data is no longer only accessible to data scientists at the world’s richest clubs.

A simpler platform is already being used by tech-savvy clubs like Peterborough United and Stockport County. Now they are introducing a free version of the tool that can be used by anyone with a camera phone and an appetite for analytics. It could change the game.

“By having these people in the shadows, you are stopping the development of football,” he argues. “All of these people can bring a lot of ideas, a lot of cool analysis.” 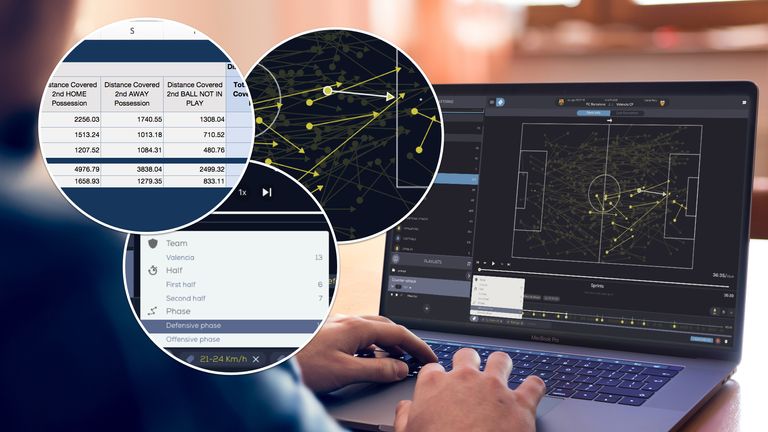 Saavedra’s own journey began in the Netherlands where he studied molecular neuroscience after having spent three years working for pharmaceutical companies in London.

“My topic was spinal-cord regeneration so it was completely unrelated but I did a lot of tracking experiments in the lab,” he explains. “I tracked mice and rats in my experiments.”

It was in Amsterdam that he met Bruno Dagnino, an Argentine studying for his own PhD in cognitive neuroscience. “He was following the eye movements of humans and monkeys.”

Essentially, they were using tracking data.

“It does not matter whether it is a mouse, an eye, a football player,” says Saavedra. “At the end of the day, it is just a data point that moves in time. Just don’t tell the players.”

Bonding over a passion for football, they joined forces with award-winning video producer Enzo Angilletta, also from Argentina, with a view to changing football analysis forever.

“One of our biggest advantages is that we do not come from that world. We have never played at a professional level. We have never coached. But we have no bias. We came into it with an open mind. We are big fans and we know about data. You just tell us the problem.” 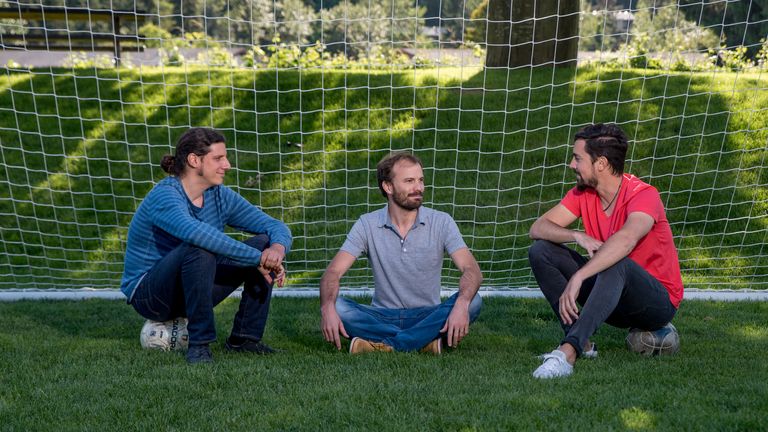 That was seven years ago, and the problem back then was clear. Information was flooding the market. Betting companies were collecting plenty of data for their own purposes. Broadcasters displayed it on screen. But the clubs themselves were playing catch up.

“We wondered what clubs were doing with all this data because we saw on television that there were heatmaps and statistics saying how far players had run,” says Saavedra.

“We found out that clubs had no expertise. Most clubs did not have access to the data and even if they did, they did not have the people there to analyse that data.” 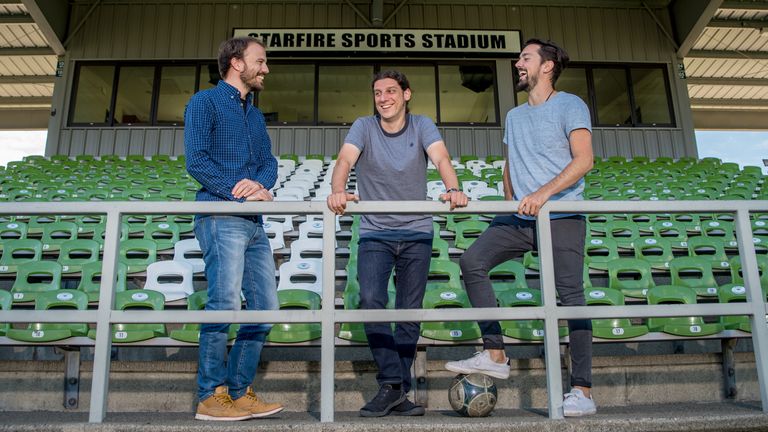 After toying with the idea of forming a consultancy company, the science students soon appreciated that football worked differently. “Football people are used to watching football. You can show them a graph or a table but in the end, they want to see it to believe it.”

Video was the key.

“They wanted automation. At the top level, they don’t have time. They have lots of games and lots to do between those games. Save us time. That is what we kept hearing. You have to make it simple. Show that you understand their problem and have the solution.

“The software is very heavy in terms of the data analysis behind it – algorithms, complicated architecture – but they do not care. All they want to know is that if you click here, you will see what you want to see. Here is where you see the clips and here is where you export them to share with the coach. Now you have solved the problem and they want it.” Among the first clients were Villarreal. Partly because the La Liga club were noted for being innovators. Partly because their young video analyst at the time was an Argentine. “We told him we were all from Argentina. It was a small lie. I am not but I can fake the accent.”

With their foot in the door, Metrica was soon supplying some of the biggest clubs in world football – and these sides were paying significant sums of money for their services.

Now armed with their own data science departments, these clubs utilise the data in weird and wonderful ways, each with their own metrics to determine the success of every potential pressing situation or the efficiency of every entry into the final third of the pitch.

It is slightly curious that having begun by working for Champions League winning clubs, the plan now is to pursue clients at grassroots level, but there is a certain logic to the thinking.

“It is a similar approach to Tesla,” explains Saavedra. “When they started producing electrical cars, they were super expensive but the vision was that at some point everyone would be able to afford electrical cars. In a way, that is what we have done.

“If we wanted to go down the tiers, we could not force clubs to use cameras that would cost thousands of euros, that would immediately be a killer. So we went with another approach that would be hardware agnostic, whether you had a phone or a sophisticated camera.

“We know that every single game these days is being recorded. Even at amateur level, even children’s football. We needed a technology that could actually get data out of any media.

“The result was that we developed a new tracking technology that allows us to track from absolutely any media – training games with a technical camera, television, drones, hand-held camera, it doesn’t matter. It automatically tracks the players and the ball on the pitch.” A lighter version of Metrica’s software is already in use at clubs far down football’s pyramid. Sean O’Callaghan, a performance analyst at Stockport, first utilised it when working at Peterborough, but was determined to bring this way of working to the National League.

“When I came to Stockport, it was one of my biggest priorities to bring this in to help with the videos,” O’Callaghan tells Sky Sports. “It was totally different and gave me everything that I needed without breaking the bank. It has shaved a hell of a lot of time off.

“With the quick turnaround after a Saturday game, you have only got Sunday before you are delivering another meeting on Monday for the Tuesday game. When I put videos together, the coaches were saying how this made things so much easier when delivering meetings.

“It draws the arrows, you can put the spotlight on and drag the players out of position. It is a little bit like the analysis that you see the guys doing on Monday Night Football.

“Not many clubs have got it. Just a handful at this level. So in terms of the edge, it keeps us out of the meeting room and gets us onto the grass more. That is what every player wants. When I was a player we had none of this. Now, a lot of coaches live off it.”

The next step is to make it a free-version. “We are offering them a solution that means they can do the same work that the analyst at Barcelona does,” says Saavedra. It could spark a wave of innovation. Even those working in analytics do not know where it might lead.

“We believe that these amateur analysts will eventually replace the dinosaurs in the market. They will slowly take up these spaces and if they are using it now for free, maybe one day soon they will be working for clubs and be demanding that they pay for it.”

From the right-back who does not know his distances to the players who forget where to stand at a throw-in, the bad news is that football’s new policemen are just getting started.