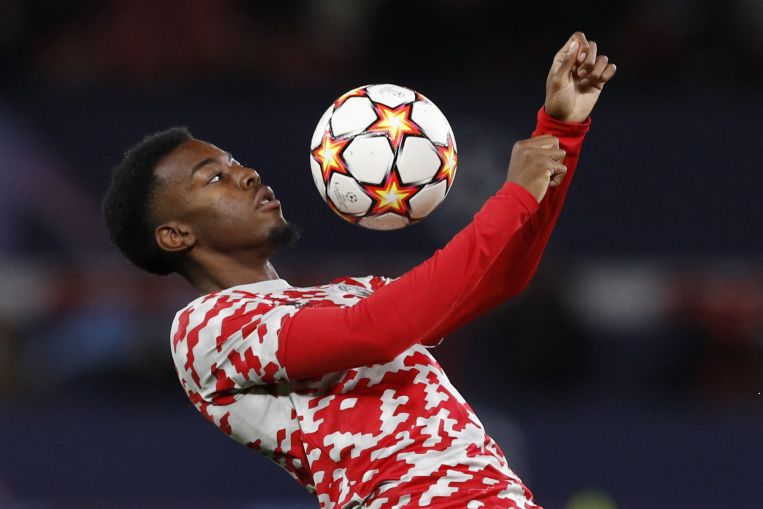 MONZA (REUTERS) – Manchester United winger Anthony Elanga was the subject of alleged racist abuse by the opposition while playing for the Sweden Under-21 side against Italy this week, the Swedish Football Association (SvFF) said on Wednesday (Oct 13).

The two teams played out a 1-1 draw in a European qualifier in Monza on Tuesday, with Elanga, who was taken off in the 72nd minute, being involved in an incident with opposing players after the final whistle.

“In connection with the U-21 national team’s European Championship qualifier against Italy in Monza on Tuesday, Anthony Elanga has stated after the match that he has been subjected to a racist comment from an opponent in the Italian U-21 national team,” the SvFF said in a statement.

The Italian Football Federation (FIGC), however, denied the allegations, saying it was hopeful that competent authorities would clarify the situation soon.

“The FIGC categorically denies that an opponent was subject to racist abuse by an Under-21 national team player during yesterday’s match… we understand that no such incident was observed by the match officials or the Uefa delegate,” it said in a statement.

“As can be seen from Rai 2’s televised footage yesterday, two Swedish players carry on their celebrations for a long time after the 92nd-minute equaliser and are urged by the Italian players to resume the game.

“We reiterate that no racist insult was used before, at that moment or afterwards and the FIGC will act to protect its image and that of its players in any court.”

Sweden coach Claes Eriksson said: “We have told our version of what happened and have submitted an oral report to both the referees and the match delegates. Now we are waiting for feedback through the match report and the referee report.”

Elanga, 19, has made three senior appearances for United, scoring against Wolverhampton Wanderers on the final day of last season in the Premier League.