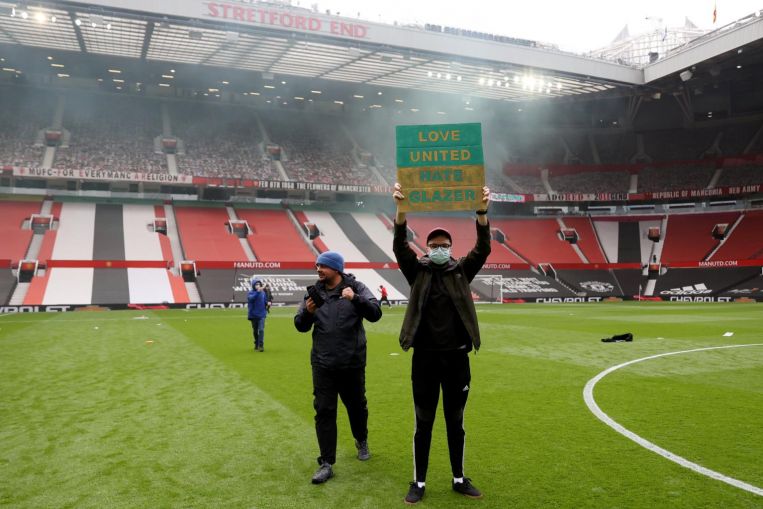 (REUTERS) – Manchester United fans protesting against the Glazer family’s ownership of the club gathered on the Old Trafford pitch ahead of Sunday’s (May 2) Premier League game against Liverpool.

Although it has been listed on the New York Stock Exchange since 2012, the Glazers retain majority ownership.