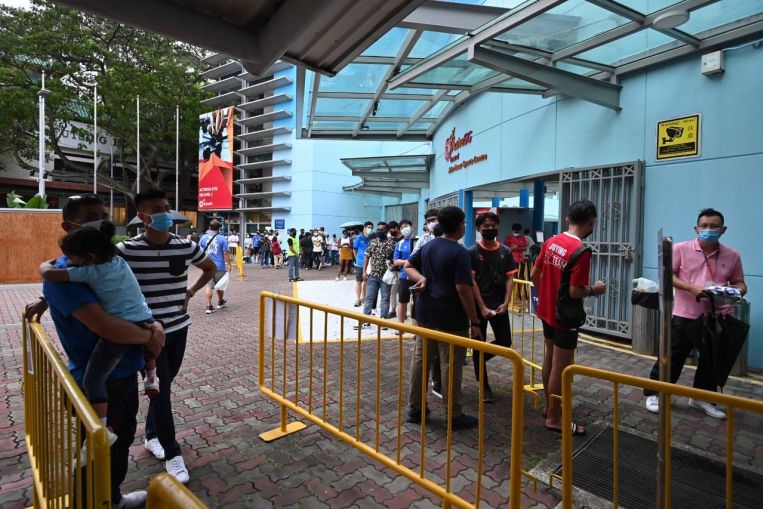 Despite the kickoff scheduled for 5.30pm, some fans began queuing at the stadium from noon before a snaking queue formed as they waited for the ticketing booth to open at 3pm. Police cars were also seen in the area as a sizeable crowd formed.

Some fans had to be turned away disappointed though as only 1,000 spectators are allowed under the current Covid-19 safe management measures.

This SPL season has been one of the closest and most thrilling in recent seasons.

The Sailors and defending champions Albirex Niigata, who play Tanjong Pagar United at Jurong East, go into the final day level on 45 points after 20 games and separated by only goal difference.