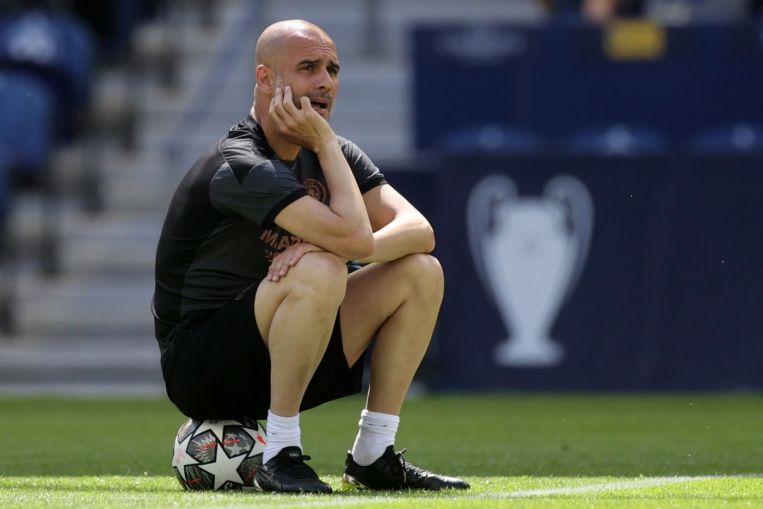 PORTO, PORTUGAL (REUTERS) – Manchester City manager Pep Guardiola says having to leave out players from his starting lineup for the Champions League final against Chelsea is a task he would not wish on anyone.

Given the strength in depth of Guardiola’s squad, top internationals such as Brazilian Gabriel Jesus, England’s Raheem Sterling and Spain defender Aymeric Laporte could begin the game on the bench, as could club-record goalscorer Sergio Aguero.

Asked at the pre-match news conference what it was like to have to break his selection news to the players, Guardiola said: “Terrible. It’s absolutely disaster, don’t be a manager in your life.”

The Spaniard said there were no words that he could conjure up to ease the pain for the players concerned.

“I don’t have any nice words… but my advice is stay with the team as there are five or six subs and life gives you another chance.

“Work harder and maybe next time you’ll be there. I feel incredibly sorry for them but I have to be honest, I know them and I make a selection to win the game, no alternative,” he said.

City’s Brazilian captain Fernandinho, who is not guaranteed a starting place either with Spain international Rodri competing for the holding midfielder role, said it was vital that substitutes have the right attitude to the game.

“It’s not an easy job for Pep to tell the starting eleven before the game but it’s part of the game. Playing a final, everyone will be important, you never know what can happen,” he said.

“The players have to be ready so my role (as captain) is just to tell them to be ready, they’ll be needed and this is important. Everyone is (involved) in the process, everyone was involved. My message is to be ready and you never know when you’ll be needed,” he added.