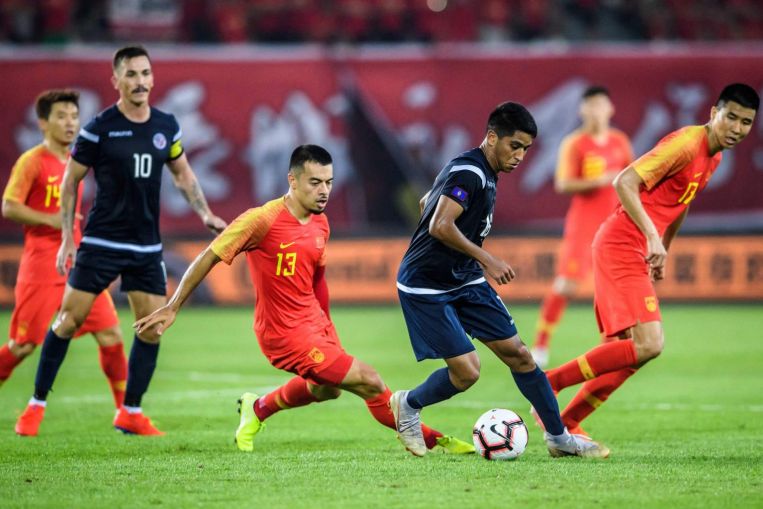 SHANGHAI (AFP) – China will establish up to 18 “key cities” dedicated to football by 2025, its top sports body said, as it outlined plans to be among Asia’s best by the end of the decade.

A new policy paper from the General Administration of Sport said 16-18 cities should aspire to have two professional teams and the infrastructure to match within the next four years.

President Xi Jinping wants to make the world’s most populous country a football superpower, but results so far have been mixed.

Youth football in the designated cities should be “wildly popular”, and there must be at least one football pitch for every 10,000 people there, the policy paper said.

Chinese football should also be among the best in Asia by 2030, it added.

China are currently 77th in the Fifa rankings, the ninth highest Asian team, and have only reached the World Cup once, in 2002.

Writing in the People’s Daily, Chinese Football Association president Chen Xuyuan said fans were not satisfied with the “status quo”.

“The revitalisation and development of Chinese football has a long way to go,” he admitted.

After a boom period when Chinese clubs signed foreign stars for exorbitant fees, many teams have hit hard times with several – including last year’s champions, Jiangsu FC – going to the wall.

China’s chances of making the Qatar 2022 World Cup hang in the balance, and they face a must-win qualifier against Pacific minnows Guam on Sunday.