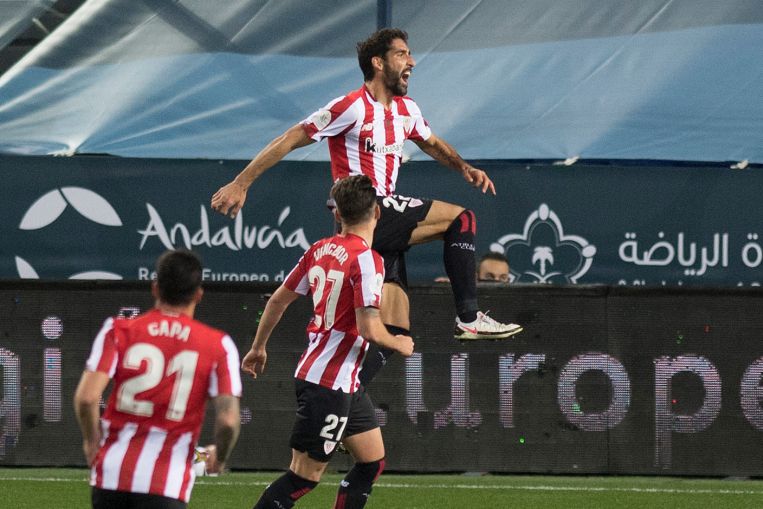 MALAGA, SPAIN (REUTERS) – Athletic Bilbao forward Raul Garcia scored twice in a 2-1 win over Real Madrid on Thursday (Jan 14) to knock the holders out of the Spanish Super Cup and set up a final against Barcelona.

Garcia pounced on indecision in the Real defence to latch on to a through ball and slot into the bottom corner in the 18th minute, and converted a penalty in the 38th after Lucas Vazquez had hauled down Inigo Martinez.

Karim Benzema pulled a goal back for Real in the 73rd minute which was initially ruled offside and awarded after a VAR review.

The Frenchman put the ball in the net again soon after and was again given offside but this time the VAR ruled against him.

Athletic meet Barca on Sunday in the final in Seville after the Catalans overcame Real Sociedad 3-2 in a penalty shootout following a 1-1 draw in Wednesday’s first semi.