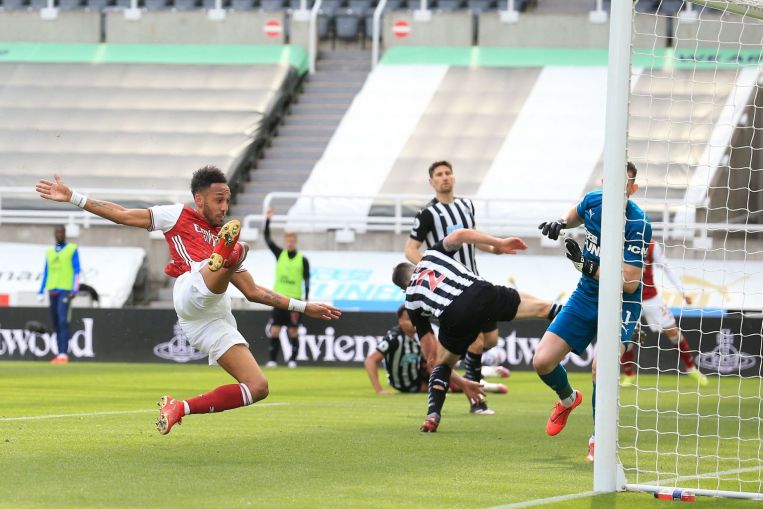 (REUTERS) – Mohamed Elneny and Pierre-Emerick Aubameyang scored either side of half-time as Arsenal cruised to a 2-0 away victory over Newcastle United in the Premier League on Sunday (May 2).

The visitors made a fast start and opened the scoring inside five minutes when Elneny scored his first Premier League goal of the season from the edge of the box after Aubameyang failed to convert Hector Bellerin’s cut back.

Arsenal extended their lead through an acrobatic Aubameyang finish in the 66th minute as Mikel Arteta’s side secured all three points to move to ninth in the league table.